If Greece is for you a country with a wonderful history, you’re totally right. However, it’s also a country with original and talented bands, and this is why I will introduce you to Poem.

Created in Athens in 2006, the band is now composed of George Prokopiou (guitar/vocals), Laurence Bergström (guitar), Takis Foitos (bass) et Stavros Rigos (drums). George is the only founder member, and he faced some line-up changes, but that doesn’t stop him to meet a beginning of success since the first album, at the end of 2008. After some tours, he started again to compose with the other band members, to finally create the second full-length in 2016, that lead them to tour again with some great Metal bands. Encouraged by this experience, the four musicians immediately started to compose Unique, their last masterpiece. Polished sounds lovers, be ready! 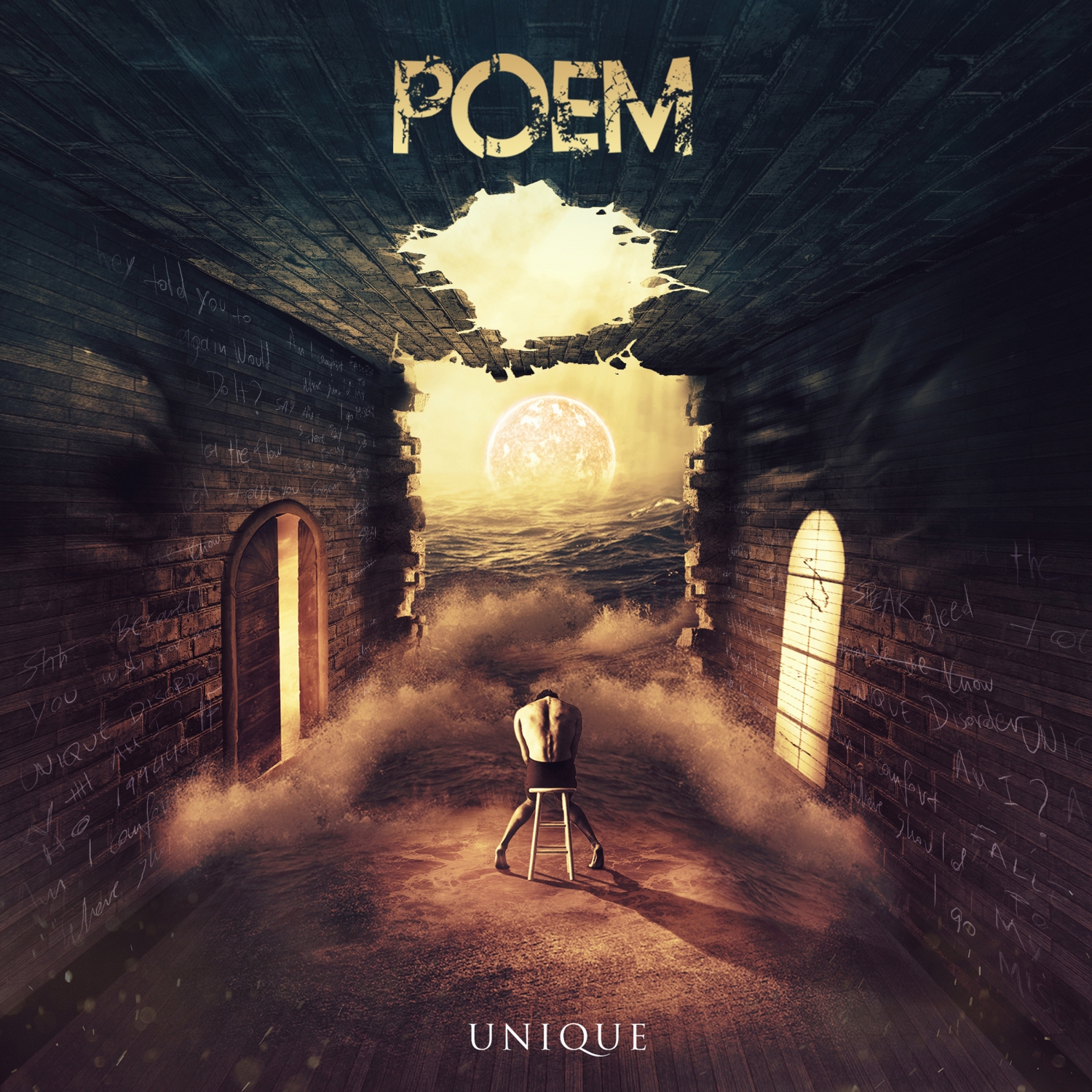 False Morality is the kick-off, with a catchy sound but which is also a proof of the musicians’ skills. Clean riffs perfectly meet saturated rhythms parts, and George’s vocals, mainly clean but that turns into scream at the end, are perfect for this kind of music. My Own Disorder is an angrier composition, that takes time to mesmerize us with repetitive but beautiful riffs which also gives an important way to the bass that roars in the background. Vocals strengthens itself, going higher then more intense before the chorus where there’s also some choirs to gather it. All the band’s influences stand out, and the ending lead guitar part, which is nearly ghostly and haunting, totally nails us. Four Cornered God takes jerky riffs back with a warm and reassuring voice that increases when Poem’s sound needs more intensity. A break supported by a sample raises pression before releasing it with a scream that seems to come from out of this planet. The band continues on a more technical part before going back to their atmospheric basis.
Discipline starts fast with two ancillary guitars that play together, creating an interesting contrast while the other musicians join them into their madness. I also would like to highlight George’s voice, because I think once again that it’s one of the band’s greatest asset, but the man also know how to put anger in his vocals by screaming. Euthanasia seems to be different from the introduction. Slower, then finally more Post-Rock-oriented, the musicians achieved to create a really different track that however perfectly fits to their universe, while Unique, the eponymous song, stands out by its capacity to melt technicity and soft tones. Clean and atmospheric sound does much, but Stavros on drums contrasts a lot with technical and precise hits. On the chorus, choirs soften the whole song but are perfect to let our mind fly on the sound. The greek’s last track is Bright Of Loss, a composition that seems eerily familiar to the previous one, but that comes back to a more massive sound. Violence meets beauty for a jerky rhythmic to close this album.

Really different from a song to another, Unique is a really good album. Musicians took time to give Poem an identity which could only be developed by them through sometimes dark sometimes technical riffs. Maybe you don’t like Progressive Metal as I do, but you should carefully listen to this album anyway, it could be a true surprise for you. I strongly advise this album to Muse and The Faceless fans, but also Persefone and Opeth lovers.