As every experience might be good, Dhidalah choosed to experiment with a new kind of EP : a single track recorded during a Jam Session.

Founded in 2007 in Japan as an instrumental project that melts Heavy Rock and Psychedelic sounds, Ikuma Kawabe (guitar, ex-Church Of Misery), Wahei Gotoh (bass, Sithter) and Konstantin Miyazaki (drums) begin to play together, they record Astro, a single track in 2014, then finally a two tracks EP, Lucy In Space With Dhidalah in 2015. Success mainly comes from the underground scene, but the guys keep creating and put their heart into a second EP, No Water, released with Guruguru Brain record label in 2017. The few shows that the band play in their country enhance them to release this new EP, Moon People. An exotic melt of sounds. 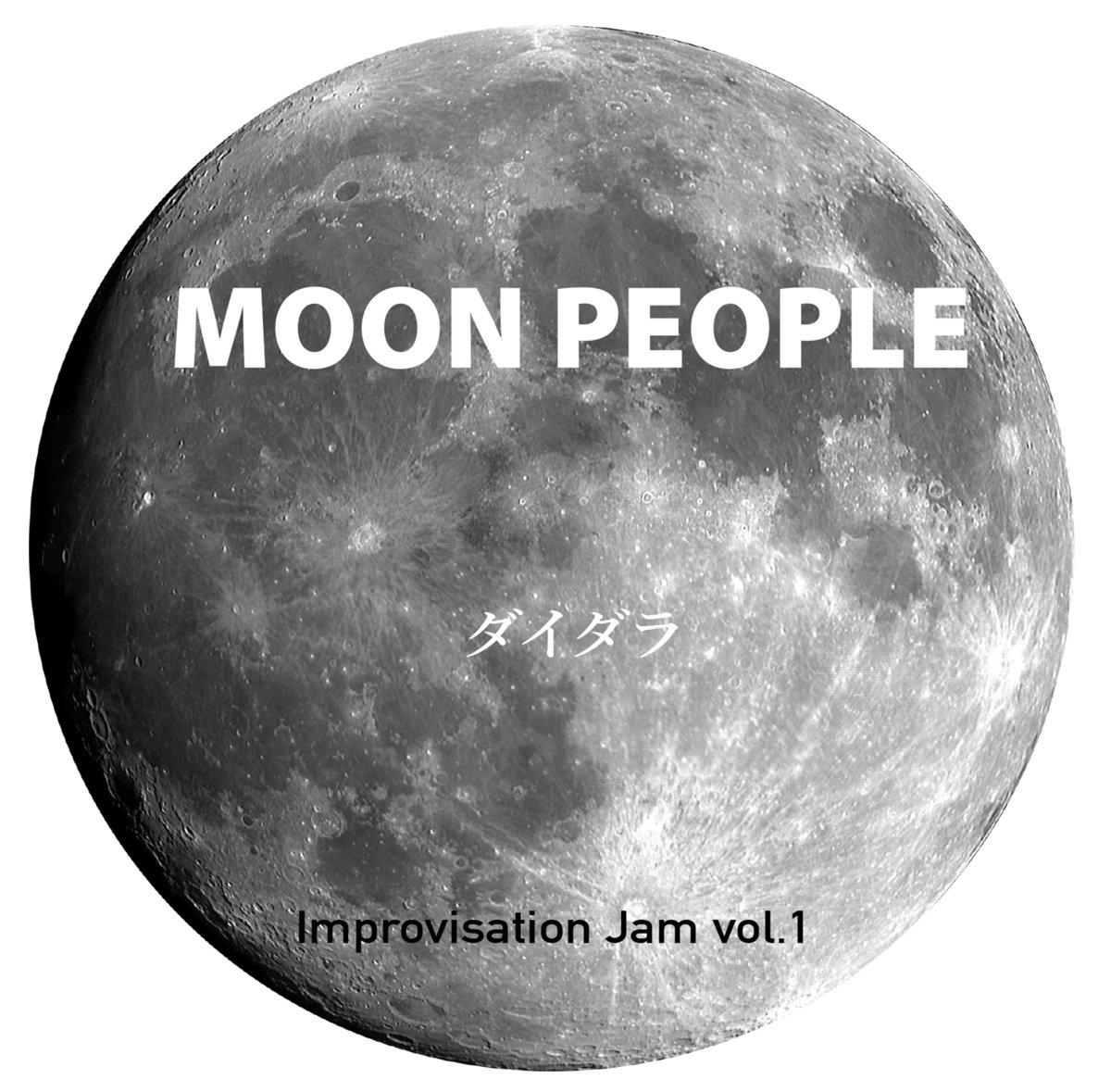 Atmospheric tones lovers will love it from the very beginning, because the jam session starts with a quiet bass, and some guitare notes full of effects and echo. Drums progressively comes in while Ikuma and Wahei hold their rhythm part. Guitar sounds expand a bit, a psychedelic sound is added to the mesmerizing blend, and some Blues and Stoner influences emerge. Suddenly, bass tone becomes darker and forceful, whereas the guitar seems to come back to its starting point. Konstantin stimulates the whole band, then every instrument becomes a bit more free. Tempo increases and guitar sound increases again, without any hesitation to put shrilling effects, while bass focuses on Stoner rhythmic. Ikuma starts an inspired lead guitar part while cymbals sounds like shouts. Purists may recognise some Black Sabbath influence during this jerky moment.
Composition comes to a more quiet tone, but bass overcomes the whole sound. Suddenly some ambient notes, that benefits from guitar’s many effects, are added right before the rhythmic part intensifies again. Drums impose a harder rhythm and the vice is progressively tightening. Guitar adds some dissonant harmonics before heading on main riff again. Flirting with Post-Rock, musicians won’t miss the opportunity to include some new sounds thanks to their instrument mastery, and a more metallic sound introduces itself in this explosive blend. Konstantin slows his comrades down on what was expected to be the final riff, but the machine resumes playing. Once again, atmospheric harmonics make us travel with the band before exploding again in a huge tantrum. A larsen hints a new caesura, but the band is still here. Some hits hardly relaunch the band, and sound seems to lose itself in the void. Ikuma gradually adds some notes, more and more intensively, until it appears to be a strong rhythmic. Once again, it’s a dissonant and intrigant sound that can be heard, but it never shed vitality. The last part cleverly melts Stoner, Doom and Blues for a surprising but how catching outcome. The band finally close Moon People with hypnotising riffs that die off in the distance after a near from tribal outro.

The first time I heard Moon People, I had the feeling that Dhidalah just recorded a rehearsal, and nothing would be perfectly mixed. I was totally wrong, because every instrument, every note, every hit comes exactly where it has to be. The japanese melt of styles bring miracles to pass, and I impatiently waiting the opportunity to see the trio on stage, after their last minute cancellation due to visas in december 2017.