Facebook music sharing groups have the huge advantage to let us discover amazing bands that slips through our cracks, just like the marvelous Cosmic Church.

Unfortunately, I discover them a bit late, because they just announced the band’s split with this final album, named Täyttymys. Created in Finland in 2004 by Luxixul Sumering Auter (every instruments and vocals, also in Asymmetry, Frozen Graves and Aura Saturnal) as a solo project, the man offers us 4 demos, 4 EPs, 4 splits and three albums before ending this project. Until 2015, he was accompanied by Jarno Nurmi (guitar, Nowen, Serpent Ascending, ex-Desecresy, ex-Nerlich) for live shows, who also plays on the last album. I let you discover this band’s delightful universe. 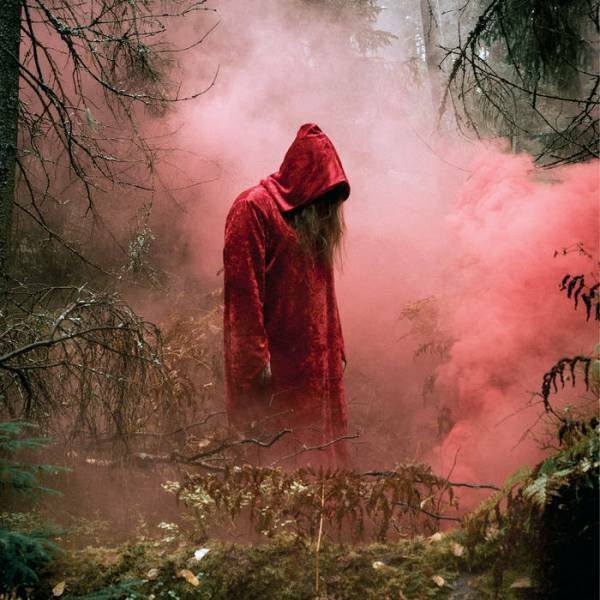 The record begins with Aloitus and its soaring introduction riff. If you enjoy those firsts seconds, so stay until the end, because the freezing rhythmic and filled with harmonics from Cosmic Church will bring you some sweet dream. Even if it’s a short one, it’s a perfect one to be more familiar with the band’s airy ambient sounds, and also Luxixul Sumering Auter’s ghostly voice, whose screams send chills up in our spine. The second track, Armolahja, is much more violent. Although integrating some finnish ambient keyboards, it’s a rawer and more powerful Black Metal that supports the musician in its journey. Once again, esoteric harmonics resounds between those icy riffs, but they’re essential to the band’s specific sound, that takes its time to fully develop. While we feel that the end is near, rhythmic restarts softly until Sinetti. Blast beat takes the hand again on mystic sounds, and even if lead guitar mesmerizes us, the storm hits us in full force. Simultaneously soften and strengthen by all those atmospheric stuff, the band’s riffs intertwine together in a near from fantasmatic blend that slows down then speeds up again to make us realize the mastermind’s genius.
Huuto’s introduction is marked by what I would call shamanic drums, then that lets itself guide by lead guitar that increases speed before throwing us into nothingness to come back with Vangittu. Clearly shorter and darker, the singer’s voice is still as ghostly and distant as ever, but it shrouds us as mist, but clean vocals come to disperse it a bit, adding more mysticism to the composition. Dark riffs quickly come back, and the end of the track with them the homeland’s own melodies. Another moment with finnish folkloric sounds with Alttari and its near from ritualistic ambiences before beginning Täyttymys, the last song. The eponymous track is also the longest one, and the lead guitar that you’ll hear all along this journey through darkness’ heart is Jarno Nurmi’s own creation, whose harmonics perfectly fits to his partner’s cold universe. Even though enhanced by atmospheric keyboard sounds, riffs are both bloodytasting and far, but never totally disappear, even when we feel that the whole record is going to end. The song restarts for the last ride that will progressively fade away with keyboards. The death knell rings.

What better way for Cosmic Church of creating an amazing album before leaving? What better way to stay in its fan’s mind of giving his own soul in this work? Täyttymys is this way, and more than this. Each note was design and worked to have the perfect alchemy between every aspect of the band’s music, who will sorely be missed to the Black Metal scene.