To come back to Black Metal roots, there’s no need to deal with usual clichés, as it is in the South-West of France that Azgarath was born in 2017.

The band started when Maeror (vocals/guitar) met Cryptic Soulslayer (drums) and Ghoul Putridfuck (guitar). They began to play and compose together, then hire Dvoeraatrh (bass) to complete the line-up. It’s with the aim of salute Black Metal’s original spirit that they give birth to Possessed By The Moon, their very first autoproduction. Are you ready for the time travel? 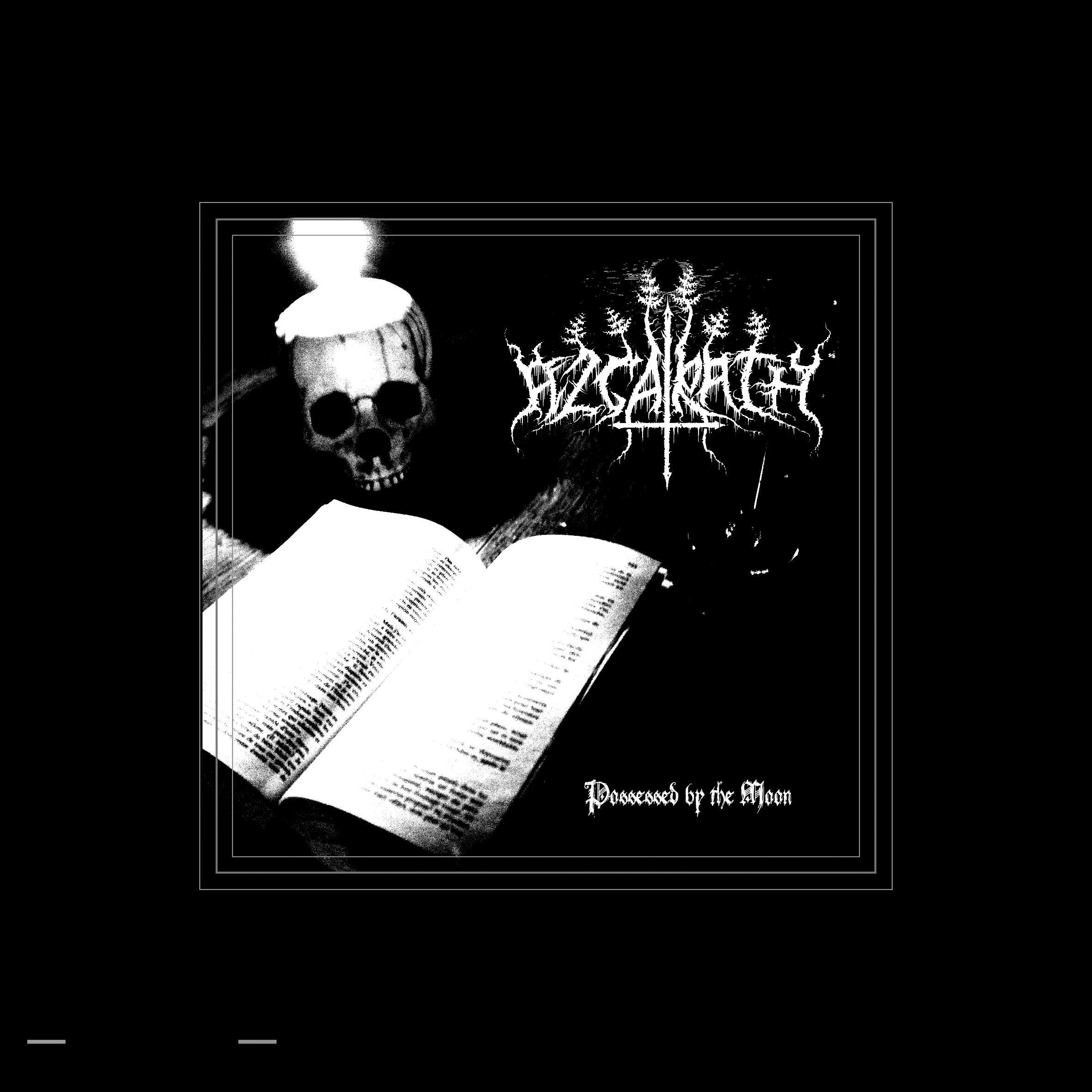 The band fire it up with the eponymous track, Possessed By The Moon. From the outset of the track, merciless riffs, a fast and neat blast beat, with an Old School, unhealthy and dirty production. Impossible to not think that we are back to the the first steps of the style, with recordings that were going to give Black Metal its fame. Their influences are obviously perceptibles, but furious vocals that comes into play will unveil some others. Shrinking but also any mainly filled with shadows screams rule this demo. As the rhythm part is fast and sharp or more quiet, darkness reigns supreme. Same feeling for Buried Alive, with an additional step into intensity with the band’s riff strength, and hatred into vocals. Bass sounds also has a more important place, and lead guitar allows itself some surgical incision, while The Blood Hunt is more like an atmospheric track. Some mournful keyboards that comes to brace the combo’s riffs, then an airy moment comes to spell the end of the song, leading to a long and mesmerizing outro.
It is with Endless Void that the band proceeds, a track with a stabbing introduction, but that initiates a deathly vibe. Vocals finally comes in, giving the song an energy burst, while remaining on this wretched, appressing and cold ambience. The ten minutes-long track, that sometimes flirts with minor Doom Metal influences, slowly progresses, and suddenly stops on ritualistic drums with a spoken voice that relates us a dark, morbid and misanthropic text. The machine starts once more, then abruptly fades. Even if they have their own identity, Azgarath has chosen to make a cover from the unholy Baxaxaxa’s first and only demo, untitled Nocturnal Mass and Christ’s Damnation. According to the german band, the track is powerful, but sometimes rhythm reaches to become more quiet under screams of pain. To end this record, the band decided to include the demo version of the track Possessed By The Moon. Dirtier and rawer than the actual version, it is with this sound that everything started for them, and it brings a different view of an universe that didn’t change as the project evolved.

Whether Azgarath’s aged and Old School sound can scare beginners, I don’t doubt that Black Metal lovers will enjoy Possessed By The Moon. Yesteryear’s Black Metal soul was trapped into this first demo, and I am sure that it won’t be the last one. Azgarath’s very first show will take place in Limoges, France, the 15th december 2018, and it will be for them the opportunity to celebrate the release of this demo on their label France d’Oïl, which you can reach to order the demo at Francedunordproductions@hotmail.fr or you can get in touch with the band at azgarath@outlook.fr.