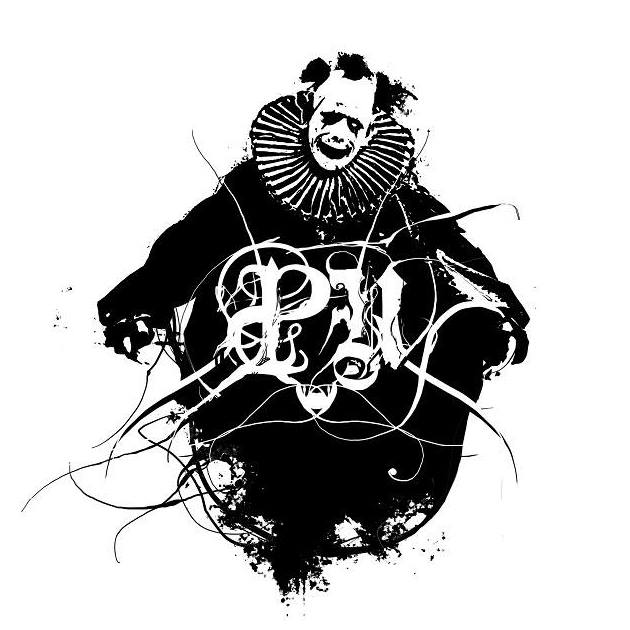 Interview made by email
Thanks to Les Acteurs De L’Ombre

Hello and thank you for taking time to answer my questions. How would you describe Pensées Nocturnes’ concept to someone who doesn’t know you? Could you also describe the story of your creation, Pensées Nocturnes?
Vaerohn (all instruments & vocals): Started in 2008, Pensées Nocturnes is initially a solo project. It’s only in 2017 that other members joined the project for live shows, studio is still for now mainly a solitary work. The project allows itself all kind of liberty you can imagine if there is a coherent and logical matter as a result of this work. Many instruments and diverse influences are employed to have those relatively exotic effects for a music with Black Metal roots. The last release, Grand Guignol Orchestra, is Pensées Nocturnes’ sixth album and develops a haunted circus’ ambience.

Vaerohn you are the thought leader of the band, why did you choose to compose by your own? Isn’t it hard to deal with or do you prefer this complete freedom?
Vaerohn: In the studio, the one man band structure is in my opinion indispensable, at least for the instruments : how to pretend to be innovative when you put a limit to two guitars and a bass? The absence of a studio-line up allows to free of a defined and unchangeable structure.
So composition stays a lonely work and after it becomes a huge work or rewriting that allows live adaptation. This approach permits to not compromise composition due to live evolution because it is in my opinion what castrates nowadays every classical live formation and sanitizes tons of productions laid every day. Wanting to confine to compose for live performance sterilizes creativity and invites too much to wallow into facility to be worthy to listen. It is greatly preferable to work on a retranscription of an unplayable composition, and the result is really exciting when musicians are eager to improvise.

You made your live debuts in 2017, how did you choose musicians that play with you?
Vaerohn: Recruitment were pretty natural as they’re all people I personally know really well, which permits to leads to this natural aspect of playing together. There’s a great cohesion in the band and that’s the more important. In addition to this, they are all killers in their field of competences which makes the thing so easier, particularly for huge improvisation parts on live. It would have been impossible for me to imagine playing with a clic or many samples, we choose to shed tracks but only keep real instruments to have this “living aspect”. The audience feels it and it works really good.

The band already played a dozen of times on stage (including Hellfest in 2018 and Motocultor this year), what is your feedback of those experiences?
Vaerohn: The total is way higher than ten thus far! Development took a huge amount of time, but our small spectacle operates very well now. However we evolve with each show. Ideas come, we never stop to look for something new, to develop other paths scenically, musically or as stage direction. We never had the idea to rest on our laurels, and each show to come will be a new experience.

Pensées Nocturnes’ universe combines circus, horror, madness and french culture, how do you put those elements together? Moreover, what are your main inspiration sources, for both lyrics and music?
Vaerohn: Writing lyrics is a predominating element over reflexion, even before composition’s beginning. General atmosphere and sequences follows its logic. Hereafter many wordplays that requires an all time creativity, it needs to develop the songs’ general direction. Writing in french is in that sense primordial for me in order to allow the biggest freedom and total control of the process.
Musically talking I listen to everything: Classical music, Black Metal in all its subgenres, Death, Jazz, Post-Rock, Variety, Cabaret… So it’s hard to identify a clear inspiration.
Talking about writing, it’s mainly an all-time work, every element of my entourage can be a root to an idea, a wordplay, a concept. So it needs to be organised enough to write this kind of detail and work on it later.

Grand Guignol Orchestra, Pensées Nocturnes’ last album, was released some months ago, and had a very good welcome by the critics. Did you expect such a feedback?
Vaerohn: My few respect for the “critics” is a common knowledge and I have a huge and disillusioned hindsight to what it could produce.
Nonetheless, I knew that I produced for the first time with Grand Guignol Orchestra for Pensées Nocturnes’ a totally measured, controlled and finalised album from beginning to end. It’s an entity that I am still proud more than six months after its release, which never happened so far. It’s the only critic that I care about.

The artwork was designed by Cäme Roy de Rat, with whom you already worked for the previous two albums, how is it to work with him to achieve a result that you like?
Vaerohn: Grand Guignol Orchestra is indeed our third collaboration, because he already realised Nom d’une Pipe! and A Boire et à Manger artworks. We achieve to work together in a true osmosis because Cäme has this capacity to fit to the project by impregnate himself with each album’s particularites. He can integrate ideas and directions I give him while he keeps his style. The idea of the clown welcoming the onlooker in front of the tent is my idea after some unsuccessful tries. This suggestion immediately makes sense in Cäme’s mind and it was settled.
He also initiates many interior and really impactful details, and also sometimes wordplays.

Do you have a word about French Black Metal scene?
Vaerohn: “No”.

Collaboration between Les Acteurs De L’Ombre and Pensées Nocturnes is alive literally since the beginning of both journeys, so you saw the label evolved. What is your feeling about this evolution?
Vaerohn: Pensées Nocturnes’ first two albums were indeed Les Acteurs De L’Ombre’s firsts releases. We keep a great memory about this, and I estimate that LADLO was an excellent springboard for Pensées Nocturnes. The energy that their founder, Gerald (Gerald Milani, NDLR) spend into this, has no common measure anywhere else. The label evolved a lot since this time, with many other people and mainly a musical orientation focused on the time, where Pensées Nocturnes keep its mind on the past. Our views differ on many points, but we still have a friendship and trust friendship.

What are your best and worst scene memory?
Vaerohn: For the best one, I think about our first participation to Les Feux de Beltane festival in 2017. We played as the last band, nobody expected us and the audience’s surprise generate kind of general euphoria under the barn. It was really impressive and taking.
For the worst one, I remember an evening with a lot of alcohol for some of our band members, but before getting on stage. I will not tell which show to be respectful regarding the audience that doesn’t seem to understand our pain at this particular evening.

An imagination question now: I let you create a tour with three bands you would dream to open for with Pensées Nocturnes!
Vaerohn: Circus Contraption, Diapsiquir and Unexpect. Only bands that doesn’t play on stage anymore actually…

Do you have a current musical crush? Or a band that you would like to talk about?
Vaerohn: Five The Hierophant with whom we share the stage three times in Scandinavia is a band to closely look at!

Last question: do you have a secret to keep a healthy beard?
Vaerohn: a bit of clown white and red lipstick from time to time!