Founded in Paris in 2015, the band have no musical boundaries and name their style Lovecore. Between Post-Hardcore, Black Metal, Ambient, Prog and saturated sounds, Sam (vocals), Olivier (guitar), Damien (basse), Kowal (guitar) and Simon (drums, who replaced Joseph, the band’s first drummer) compose rifs after riff. And the gates of their universe open now. 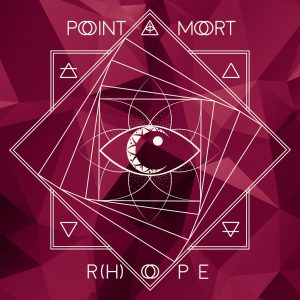 A visceral scream immediately projects us in Wiara, the first track. Violence, heaviness, slowness… all those elements clash into a catchy and dissonant rhythm part that suddenly calms down. Clean vocals comes to the mix, then rage overcomes again. The contrast is seizing and it will be the same impression for Christopher. A quieter beginning, but the storm is never really far. Because even if the rhythmic is soft for now, the singer doesn’t hesitate to scream as much as she can, then madness literally overrun musicians. Multiplying influences, even some unexpected ones, riffs lead us to a mad ending.
It’s once again violence that the band demonstrates on White and Viole(n)t, a short but intense track. Larsens, saturation and fastness will be keywords, while musical structures complexify. La Contre-Addiction is the next track, while lyrics change language to french, but rage and saturated sound regain the upper hand again. A new groovy break introduces the next passionate phase, and even if some elements of the composition calm down, the track is still highly effective! Last song, Précision chaos is by far the longest one. The introduction is slow and mesmerizing, vocals finally come over before turning to screams, riffs become aggressive and dissonants… The more the track progresses, the more the storm strengthens. It’s only around the middle of the track that the ambience will cool off. At least temporarily, before hypnotizing us again with this melancholic outro.

With R(h)ope, Point Mort pick up the pace, imposing more and more their peculiar style. The absence of musical limits in their Lovecore allow them to do what they want to do whenever they want to, and break codes. Their live performances are also very intense, and I strongly recommend to go to their show and hear them on stage!