Gloomy ambiences lovers, Vampiric will please you with The Magic of the Night. Created by Nik Williams (all instruments/vocals) in United States in 2018, the one-man band released a first EP at the beginning of 2019 then will directly focus on the first full-length’s composition. Released at the end of 2019, it melts different influences and mainly moves around those legendary creatures, called vampires. 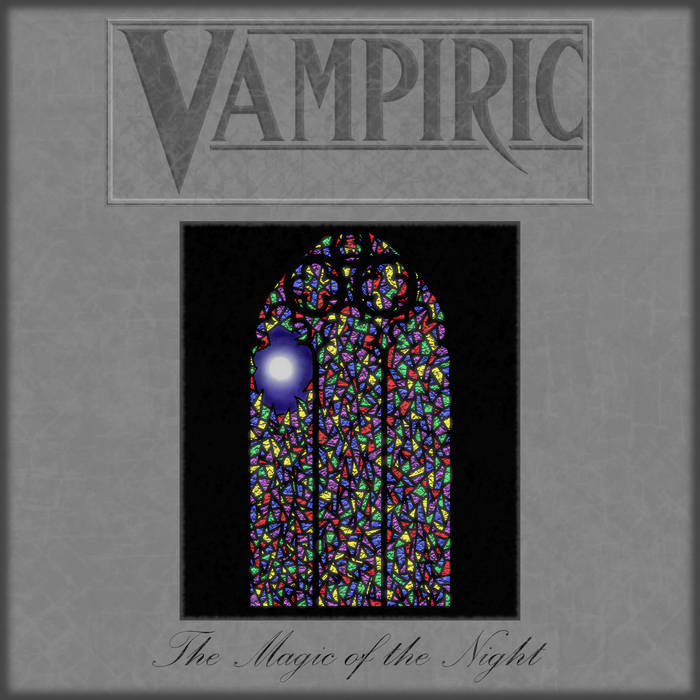 Nine songs of a Thrashy Black/Death with occult accents and symphonic parts. The record’s dark ambience is ensured by worrying, gothic and mysterious keyboards, reminding the link with Carpathian master and his fellows, like A Death in the Throne Room, the first track. About vocals, this gravelly voice that sometimes melt into sober statements perfectly serves dark riffs and the band’s furor like on The Witch. The musician doesn’t hesitate to include piercing lead parts, or purely Thrash Metal infused rhythmics as on Carpathian Lycan Curse and its energetic pattern, overcomed by nocturnal ambiences that could easily be part of a horror movie. Whether fast melodies compose some track’s main axis, like Vampire Blood, the musician can lower the tempo without hesitance, especially on Gothic, The Masquerade. It’s with The Magic of the Night, the eponymous track, that this episode ends. A long track that melts together all the project’s influences and that offers us a composition that matches his composer’s ambitions: majestic, dark and visceral.

Vampiric is an original project, and The Magic of the Night’s gloomy tones position it on several styles crossroad. Ambiences and riffs perfectly fit together, which makes this first album an excellent surprise.

One thought on “Review 183: Vampiric – The Magic of the Night – English”