Melting technicality and melodicity into Death Metal? No problem for Omniarch.

Recently founded, the band is created on the ashes of two canadian projects and counts on the talented Morgan Lambert (guitar), Jon Hofmann (bass), Mason Wilson (guitar), Mackenzie LaHaye (vocals) et Henry Giesbrecht (drums) for a powerful first full-length. Named Omniarch, this first record is now released, between fantasy and mythology! Notice that Sean Higgins is behind the drums for live shows. 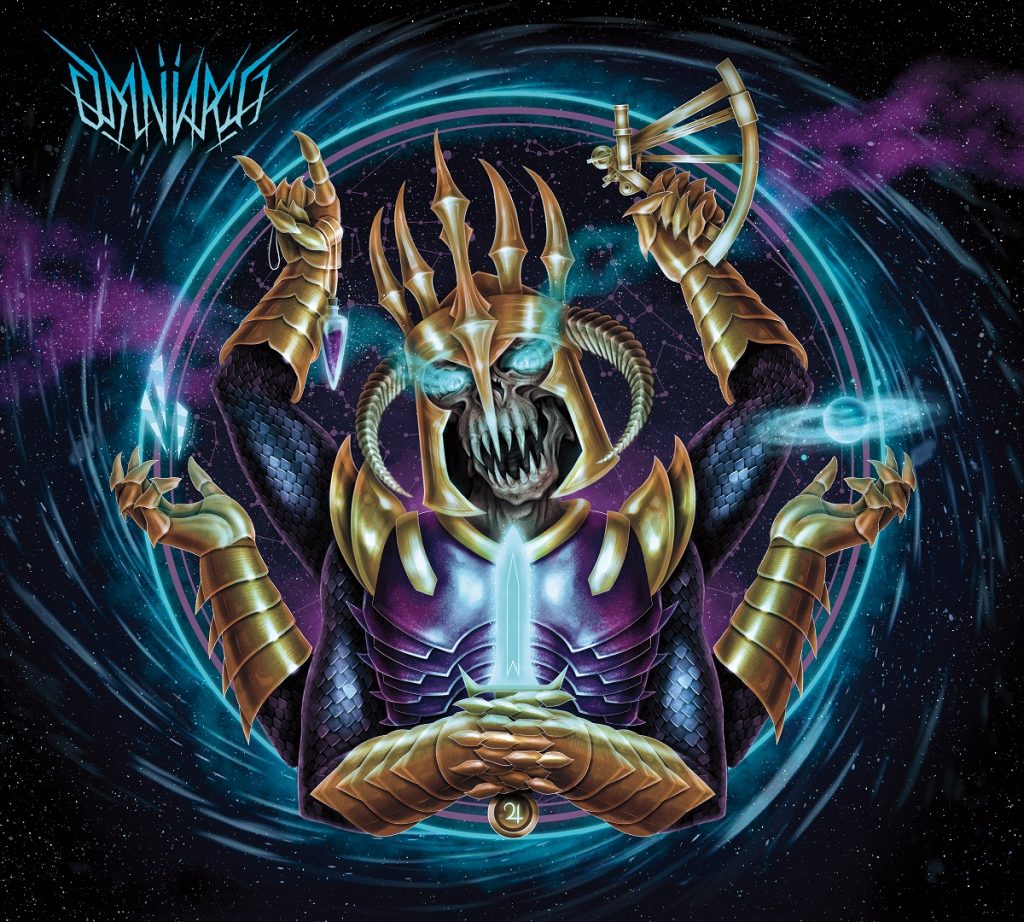 We begin with Caligula, a track that doesn’t lose a single second to hit. Blast beat onslaught, double kick, ultra-fast riffs and super powerful screams. Aggressivity is ubiquitous, but above all perfectly mastered by the combo, and whether the tempo is high, musicians do not hesitate to include melodic harmonics into their complex structures. A Voracious Awakening is build with the same will, cleverly melting melodies, technical parts and unleashed howls. Epic ambiences and choirs are also part of the song, as long as Prog influences and a strengthened bass sound on the break before Humanaut. Borrowing a bit of velocity to Thrash/Death sound, the song is sharp and strongly uses some more dissonant parts while linking them to an intense rhythm part filled with leads.
Ohm Cairn is the next one, and plays with other influences. A nearly mystical clean voice sometimes comes in while the Canadians’ tortured rhythmic fiercely strikes. The break part will surprise you before coming back on massive riffs and a solo, then the band achieves us with the final. Very catchy, Wrath of Erymanthos has some kind of groove, but also a hint of madness into lead parts that are significant, while Pathfinder focuses on pure efficiency. A heavy rhythmic section let guitars the opportunity to fully express themselves while the vocalist is screaming his very best. Last song, Ursa Major has the hard task to close this record. Therefore, the band will deploy the full arsenal to let us the best impression possible, between impressive parts, technical riffs and violent influences.

For a first full-length, Omniarch strikes really hard! Omniarch is an album on which it’s impossible to get bored, regardless we love violence, melodies or technicity. The member’s musical background allow them to naturally combine all their influences.