You are not ready for The Afterparty. The main reason? It was composed by Killitorous. 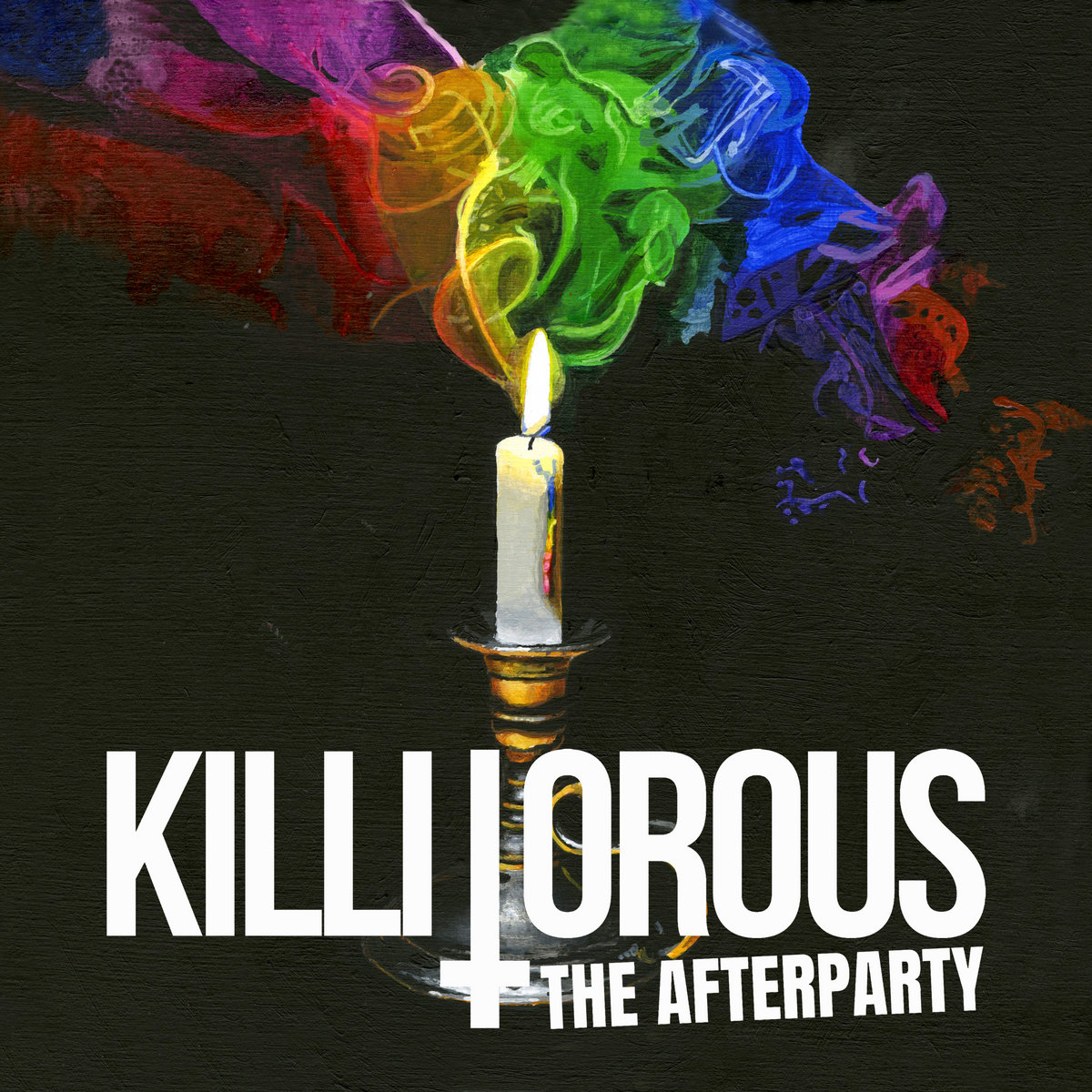 But Canadians are not alone on this album. There is an impressive roster of guests: Dan Mongrain (Voivod, Martyr), Riley McShane (Allegaeon), Leo Diensthuber (Divine Realm), Cody Ford (Soen), Raphael Weinroth-Browne (Leprous), Youri Raymond (Unhuman), Callum Clark (Ending Tyranny), Paul Ablaze (Blackguard), Matt McGachy (Cryptopsy), Tom “Fountainhead” Geldschlager (ex-Obscura), Gore Lussier (Erimha) and Bob Katsionis (ex-Firewind).
After an introduction named All Hail the Starchild that melts futurist sounds, technicity, tapping and heavy riffs that already unleashes a storm of violence, musicians do what they please. Between strange names that will make everyone smile, impressive rhythmic with three guitars, raging blast beat, visceral screams and influences from Brutal Death to Deathcore, Technical Death Metal, Grindcore… impossible to safely get out of this listening session! Videoclips the band shooted are also focusing on fun at will, and I think that if you look at them you will suffer from after-effects. But the interest of the full-length also resides into the guest list. Whether most of them are from Death Metal bands, there are also some Prog influences like on Insanity as a pathway to fame & fortune : The Tyrannical Tirades of Mike Tyson. Some strange sounds can be heard all along the album, that creates a contrast with this pervasive violence, but the climax will happen on King Diamond Dallas Page. Mixing the name of a famous musician and a wrestler… you can guess what will come. A blend of brutality, strange tones, mesmerizing keyboards and this final laugh that will haunt you, believe me…

As you may have understand, Killitorous is a war machine. The Afterparty and its sounds may play the fun card, the whole album is really heavy! All the most powerful styles melt upon an ultra-violent basis, and it’s a complete success!

One thought on “Review 190: Killitorous – The Afterparty – English”