Have you ever consider to add fatness to your sound? Eremit did.

Composed of Marco Baecker (drums), Moritz Fabian (guitar/vocals, Dragged, ex-Separatist) and Pascal Sommer (guitar), the german band releases its first album in 2018. But they didn’t stopped their efforts, because they now offer us the EP Desert of Ghouls two years later. 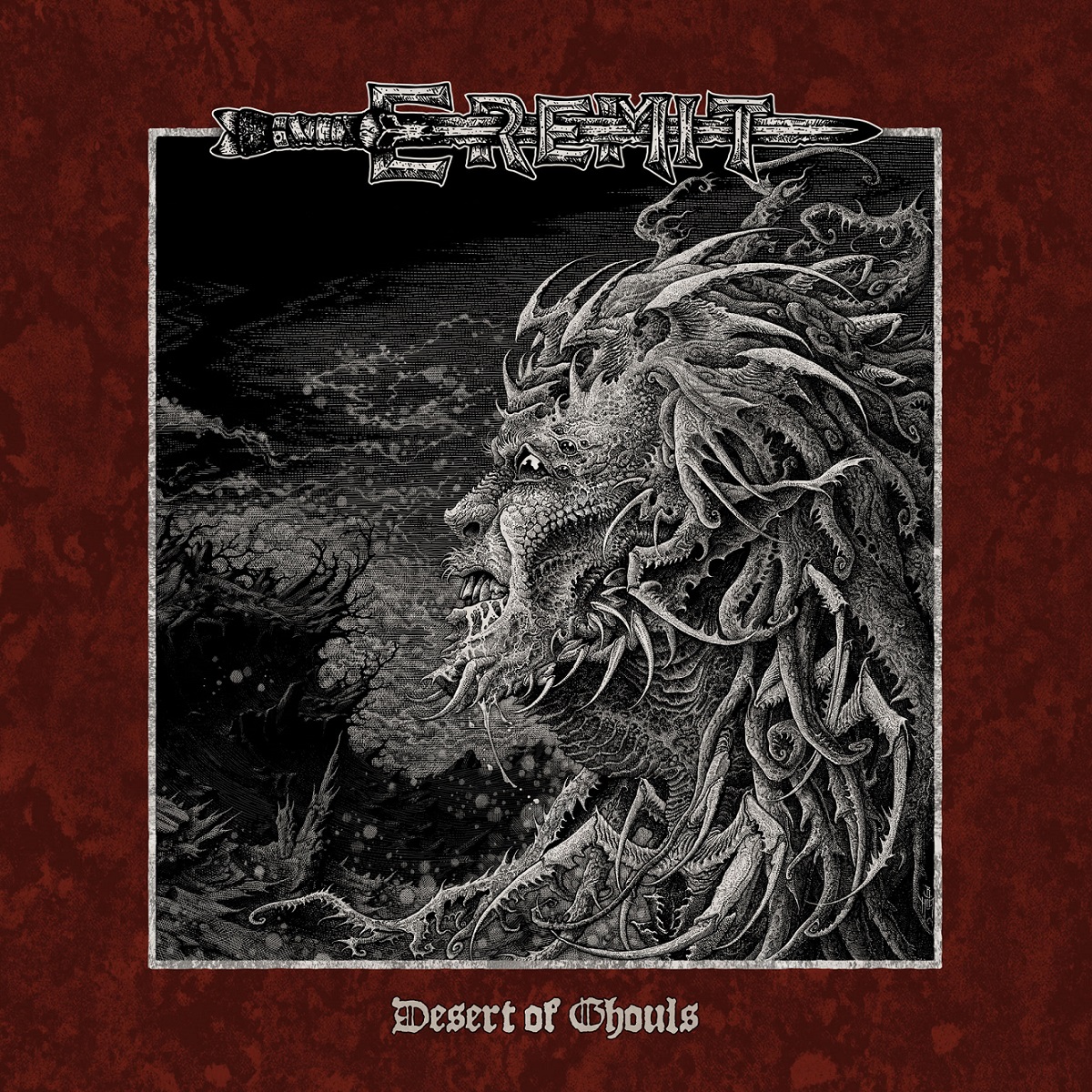 Only two songs, but it’s enough to please to Doom/Sludge lovers. We begin with the greasy and heavy Beheading the Innu, of which introduction riff hastens between two larsens to call other instruments. This stabbing rhythmic is lumbering, and when this gravelly voice arises on it, the feeling increases. We are quickly catched by the slow tempo, conducive to an ultra-heavy sound that the german perfectly master, never hesitating to slow down to speed up again with the delicacy of a mammoth.
Second and last track, City of Râsh-il-nûm begins a lot quieter with soft drums and a clean-sounding riff. After mesmerizing us, the band adds a second guitar, saturated, then the explosion comes after a respite moment. Vocals will only come on the second half of the song, and those howlings add to this weighing ambience. Hit after hit, the track progresses, accelerates then slowly assuage before sound disappears into the nothingness.

Even short, Desert of Ghouls is enough to show us what the band is able to create. Eremit is gifted of an incredible firepower and knows how to wisely use it. A band to follow!

One thought on “Review 215: Eremit – Desert of Ghouls – English”