Your summer is too quiet? You can trust in Katalepsy. 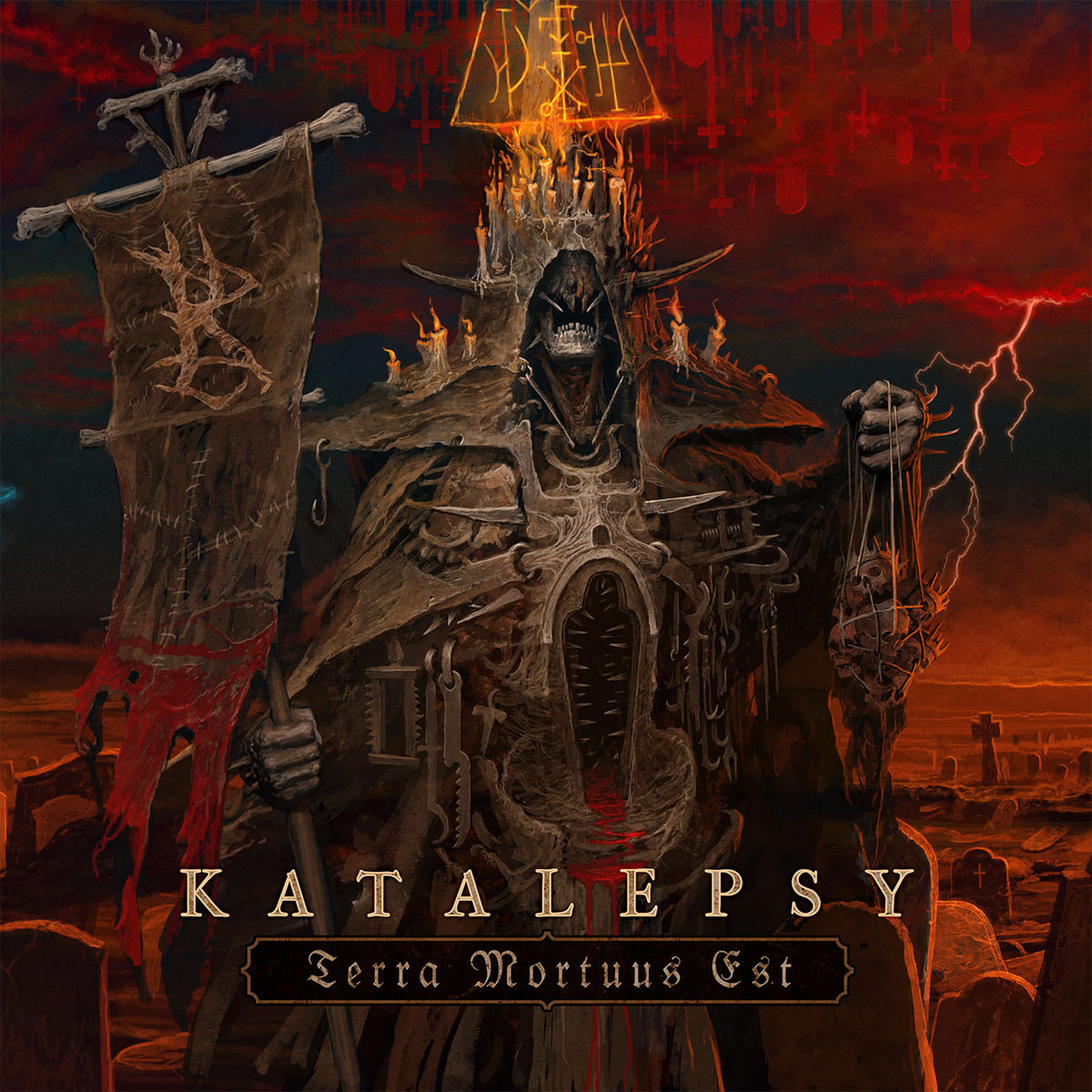 We begin with Closer Than Flesh, a song with a quick introduction that announces the program: it will be greasy, groovy and above all very brutal. But in their catchy riffs, the band adds this touch of technicity. Same observation for the crushing Night of Eden, a song with super powerful howlings that will motivate without a doubt a whole crows to move with the russians’ rhythm. Very intense, the song lets place to Those Who Rot The Soul, a fast and sharp composition. Taking from both Hardcore and Technical Death Metal, the track is also very stirring, and will undoubtedly give you the idea to smash your neighbour. We go for darker and as impressive sonorities for The God Of Grave. Picking in an Old School range, the song is the perfect soundtrack to push your limits in every sport. A slower part can be felt in the middle to add harmonics, then it comes back on this sound mass before leaving for Terra Mortuus Est. Once again a greasy and massive rhythmic meets piercing and sharp leads, creating an interesting contrast.
We come back to Hardcore influences for Kings of the Underground, the song that smells the most an uncontrollable mosh pit. Fast and effective, it allows to switch on Deep Down Madness, a storm of pure technicity weathered by violence. Between guitars and bass, harmonics are raining, but the band also know to sometimes focus on a groovy rhythmic. No Rest No Peace perfectly uses its name, because it made me hadbang from beginning to end, with those killer parts, catchy rhythmic, bestial howlings and piercing spurts. The bass sound is highlighted in this song, as much as on From The Past They Come, a track of which rough snorings perfectly fit in this violence tornado. We notice the singer’s guttural howls as well as Slam Death parts, just like on Neonomicon III, a mammoth song. Every seconds the band flatten us on the ground, striking riff after riff with an incredible sound. Dissonance, bassdrops samples but also the mastery that hits, like on the last song. Flirting between dissonant Progressive Death and impressive Brutal Slam, Land of Million Crosses is the longest and the most intense track. If you only feel violence, you probably didn’t understand or felt it the right way.

Unsurprisingly, Katalepsy came to bury the Death Metal scene with a monumental sound. Terra Mortuus Est will be loved by violence and technicity fans, but also offers an openness about the band’s sound. The most mature album to date? Probably.