What do you think about the actual political situation? Venomous Concept come back to give their opinion. 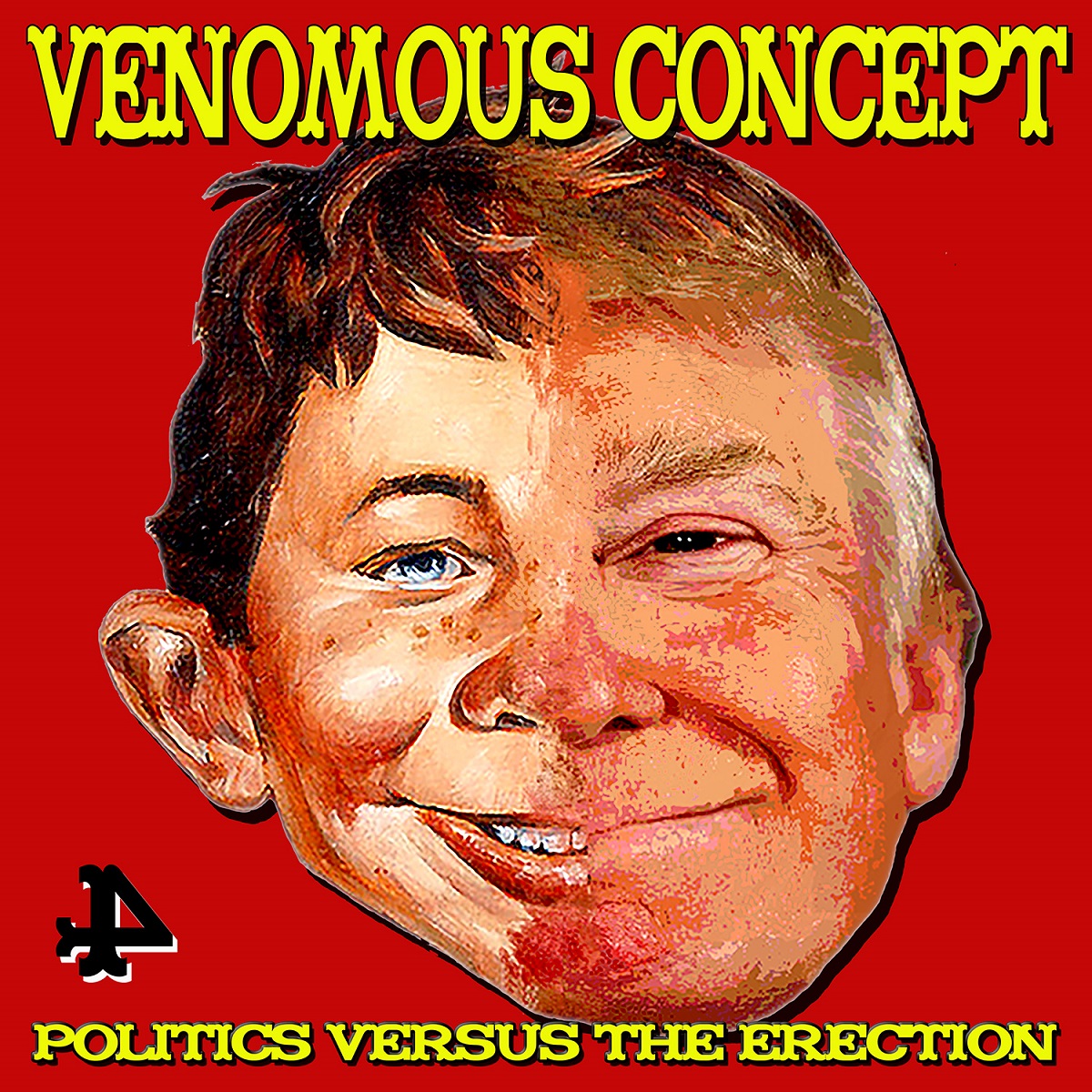 As you can well imagine, the band doesn’t really like the current american government. And they do not hesitate to say it through thirteen compositions that pick as much into Grindcore than Hardcore Punk, and it is as violent as their commitment. Their sound is fast, sharp, well played and above all very effective! About vocals, screams are obviously part of the music, and some back vocals from musicians strengthen the band’s firepower but also their lyrics. Some tracks are really short, like Hole in the Ground or Mantis Toboggan, while some take the time to create an oppressive and disruptive climate like Shadows and Lemonade. The riffs saturation and energy cause the will to unwind in the pit while supporting the band’s message like on Colossal Failure or Dementia Degeneration. About compositions, we find easy but violent compositions, as influences let us imagine them, but the sound is very well worked, allowing each instrument to have its place in the mix. After a bit more than thirty minutes of exercise, the band put down its arms with the smooth Politics Versus the Erection, a different track, but still very aggressive in its own way.

The word is spreaded. Venomous Concept comes to denounce the system but also punch everyone with Politics Versus the Erection. You are free to listen to it as a political statement or an amazing Grindcore album, but it’s better to consider both aspects.