Founded in Japan in 2012 under the name of Frostbite, the band releases an EP then goes on hiatus in 2014. In 2019, Satoshi Fukuda (guitar/vocals), Taro Ikemoto (guitar), Natsumi Yatabe (bass) and Shigenori Tamura (drums) change the name of their band then release their first album. 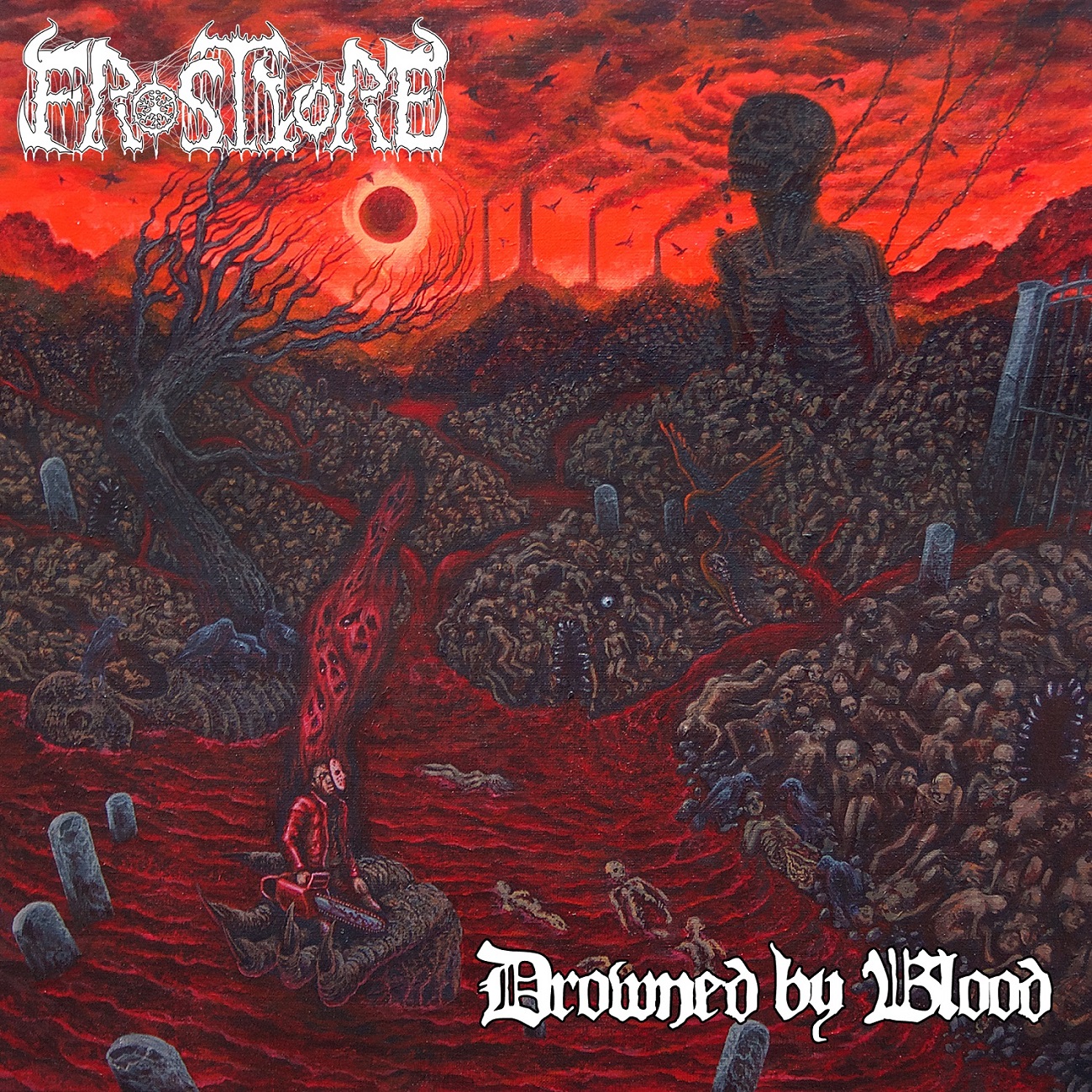 The band lure us in an half an hour long adventure that begins with Abandoned, an introduction with a worrying sound that quickly lets place to Blackfield. The sound is raw, riffs smell greasy and violence, while vocals take from the genre’s pioneers. About leads, they are sharp, just like on Path to Your Womb, a song based on a massive rhythmic. Harmonics and technicity hints perfectly melt to the whole sound, and the track is still melodic. We stay on heavy riffs for Extreme Cold Torture, and an oppression feeling is here from beginning to end. Old School Death Metal restlessly strikes, only authorising very short breaks to knock the listener out, then lacerate him with harmonics and it’s really effective. Drowned in Blood lowers the tempo and give an important to the band’s roaring bass, for a near from Doom/Death sound. The composition accelerates, brakes, then continues with The Reaper. Way faster and picking into some Black Metal influences, the song comes back to the style’s roots while adding the japaneses’ personal touch with a dirty sound. Eroded Mind is the next one, with this cymbal destroying phase on which musicians place dark and greasy riffs. The sound becomes more piercing for Lake of Vein, a fast song. The band’s rage is palpable, melting melodicity and fury, but the last composition is near. Entitled Unholy Mountain, it perfectly melts worrying riffs, dark and tortured ambience with abyss born screams.

After its rebirth, Frostvore is determined to prove that the band has its place into Death Metal world. Drowned in Blood comes back to the style’s origins and offers us pure Old School composition that we must listen to. Their inspirations doesn’t let place to any hesitation, and they are qualitative.

One thought on “Review 246 : Frostvore – Drowned by Blood – English”