You waited for it, it is here. Named Vredesvävd, Finntroll’s new album has landed.

As a reminder, the band was created in 1997 in Finland and we find Tundra (bass, Shape Of Despair), Skrymer (guitar, Decomposter), Trollhorn (keyboards, Moonsorrow), Routa (guitar), Vreth (vocals, …And Oceans, Chthonian, Decoposter, Dispyt), Virta (keyboards) and MörkÖ (drums, ex-Norther, live for Wintersun) in charge of the release of the most anticipated Black/Folk of the year. 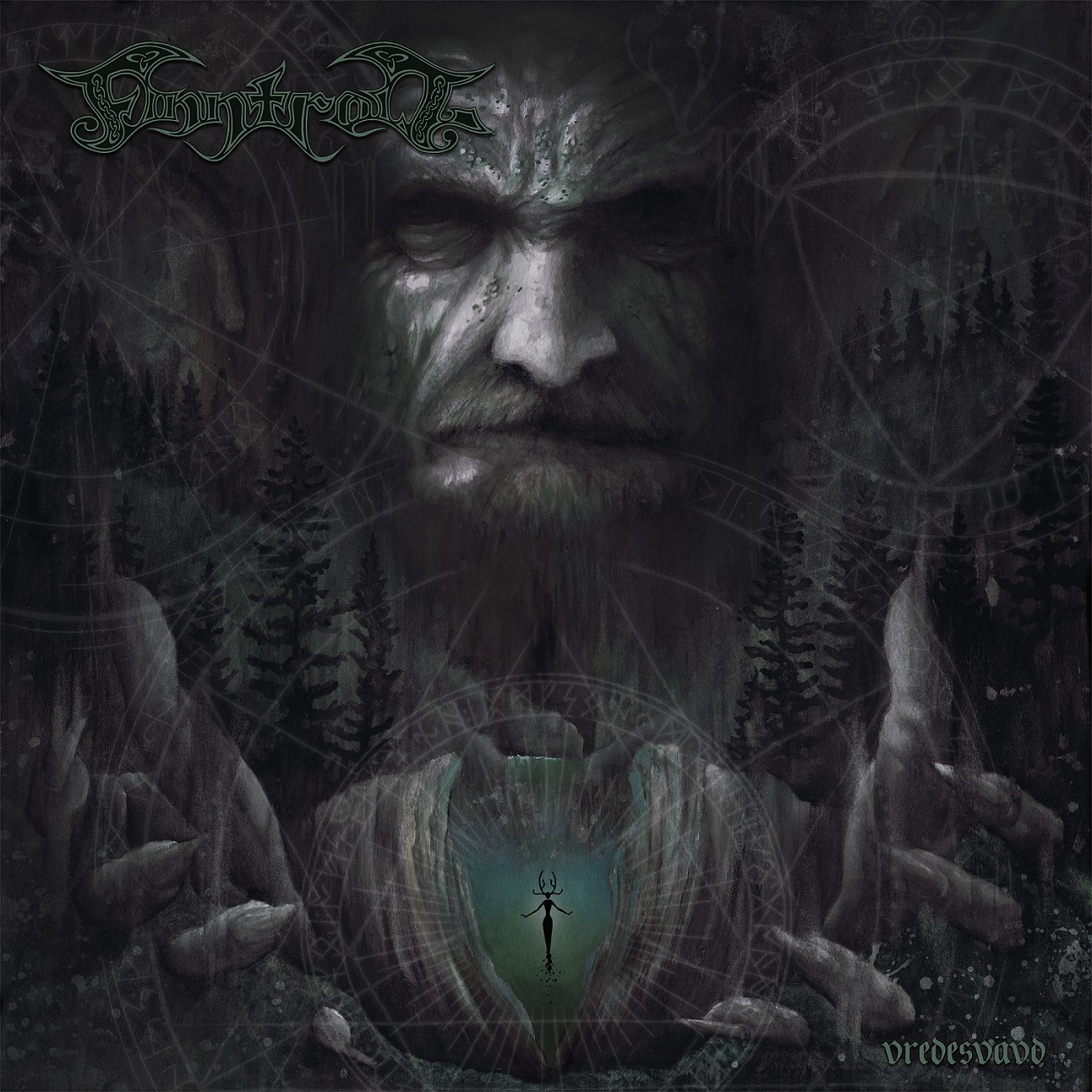 We begin with Väktaren, an opening song which put us back in the universe of the band before Att Döda Me En Sten. However entailing and very violent, the track wonderfully binds Black Metal and Folk influences that the band works with since years. Blast, howlings, keyboards and harmonics hang out, with a lot of backing vocals. Ormfolk is the next one with this dancing rhythmic, this omnipresent darkness and yet a certain joy of living, an omnipresent liveliness. Same feeling for Grenars Väg, a massive, lively track that also axed on a huge fix of a happy, epic and violent Folk. It seems obvious that this song is gonna make your heads move during live shows, like Forsen. A warlike title, dark and yet very playful thanks to the keyboards, backing vocals and this liveliness from musiciens.
We go back in very epics sonorities for Vid Häxans Härd, an as incisive as majestic song, full of sharp harmonics which gives those taste for the riffs, like on Myren, a fast song which use the duo between keyboards and harmonics, to strengthen these bloodys parts. We stay in the spirit of Pagan/Folk for Stjärnors Mjöd, a sharp track, which gives, once again, desire to move the head thanks to the sound that the Finnish control with perfection. The grunts of the singer reinforce, become more aggressive and follow perfectly the progression of the sound until Mask, a song just as incisive. If you liked the album until here, you will fall for it immediately, and don’t hesitate to enter in an already unleashed pit with great pleasure, since this track and in my opinion, the most moving song of this album. Last song,Ylaren plays on the majestic side that the band cultivated since the beginning with the handy keyboards, but also with holwings and dark backing vocals. The album ended with an outro which makes us progressively out of this universe while giving us the will to play it again.

Without surprise, Finntroll stays faithful to its reputation. Although dark, Vredesvävd is also very dancing, taking, and gonna move the pit in festivals or small venues. The band is really back after long years of waiting, and we didn’t need more to hope lives are as interesting.