Back from the depths of Earth, Sarcoptes is ready to fight.

It’s in the United States in 2008 that the band is founded with the impetus of Sean Zimmerman (bass/guitar/keyboards), and along with Garrett Garvey (drums/vocals, Awaiting the Apocalypse) the duo begin to compose. A first EP comes in 2013 then a full-length in 2016, and despite their silence, Plague Hymns is released in 2020. 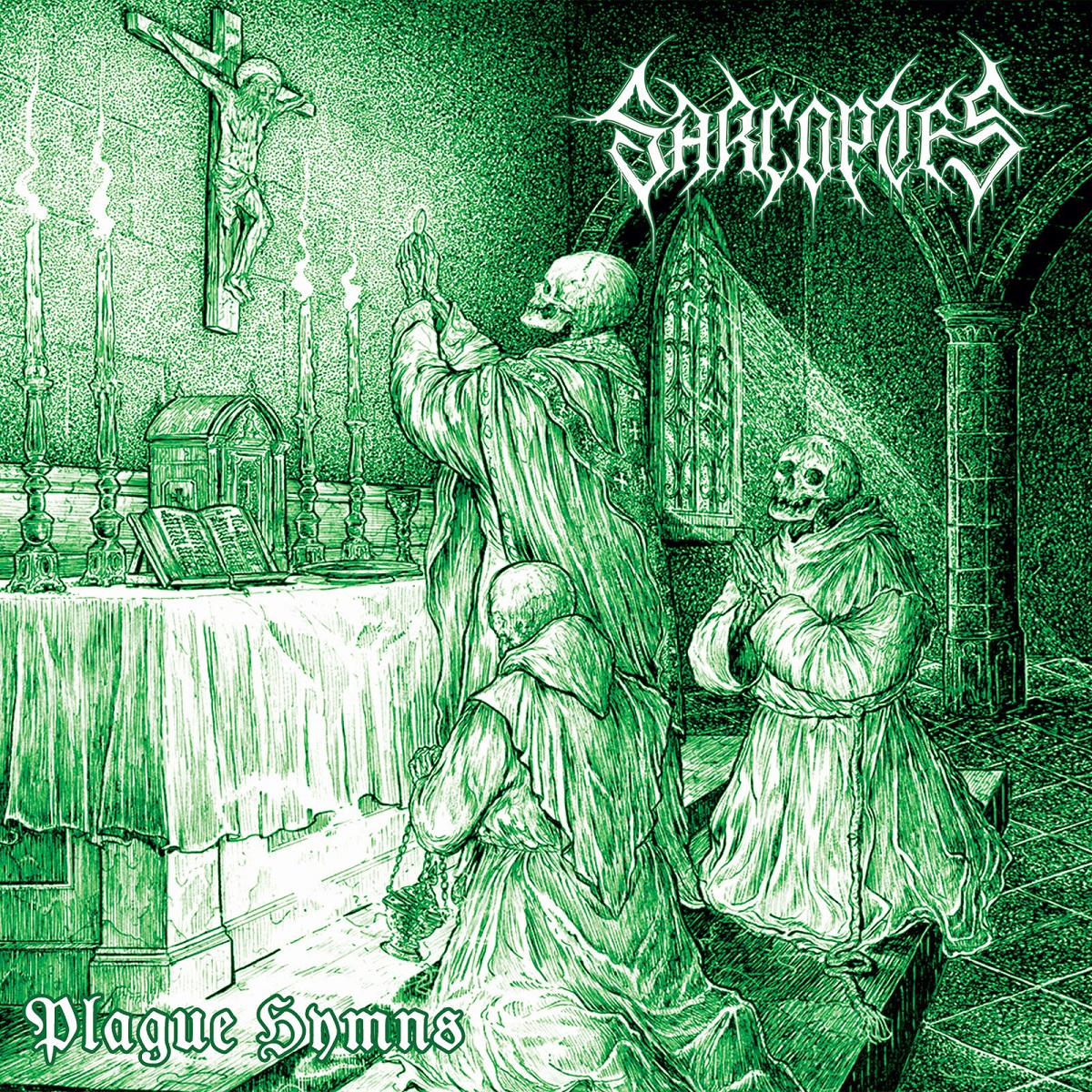 Some noises of chewing introduce The Vertigo Soul, a song with sharp sound and an impressive rhythmic. Orchestrations only strengthen the track’s majestic aspect, while allowing musicians to be fully unleashed and vocalist to pour his hatred. Fast and catchy riffs let place to mesmerizing harmonics, then the smashing rhythmic comes back before accelerate one last time for the final part. La Moria Grandissima is the next one. And this ultimate song is as impressive as the last one, with some mystical touches and a merciless rhythmic. Blast, piercing riffs, dark atmosphere and visceral howlings, but also a palpable intensity from the musicians. Both catchy and long, the rhythmic seems to be infinite but never gets boring, and it is with screams of terror that it ends after nearly ten minutes of pure violence.

Sarcoptes’ come back is a success. The fast Plague Hymns allow them to spread their sound on an audience that only asks for more, between unhealthy sonorities, sharp Black Metal and mystical influences.