Frenzy never let Devildriver alone, and they’re back to prove it with Dealing with Demons, Volume I.

Founded in 2002 by Dez Fafara (vocals, ex-Coal Chamber) under the name of Deathride, the band changes its name in 2003 and their journey begins. Today, Mike Spreitzer (guitar), Austin D’Amond (drums, ex-Chimaira), Neal Tiemann (guitar, live for Carnifex), and Diego « Ashes » Ibarra (bass, ex-Static-X, ex-Wayne Static) teamed up with the singer for the ninth album. 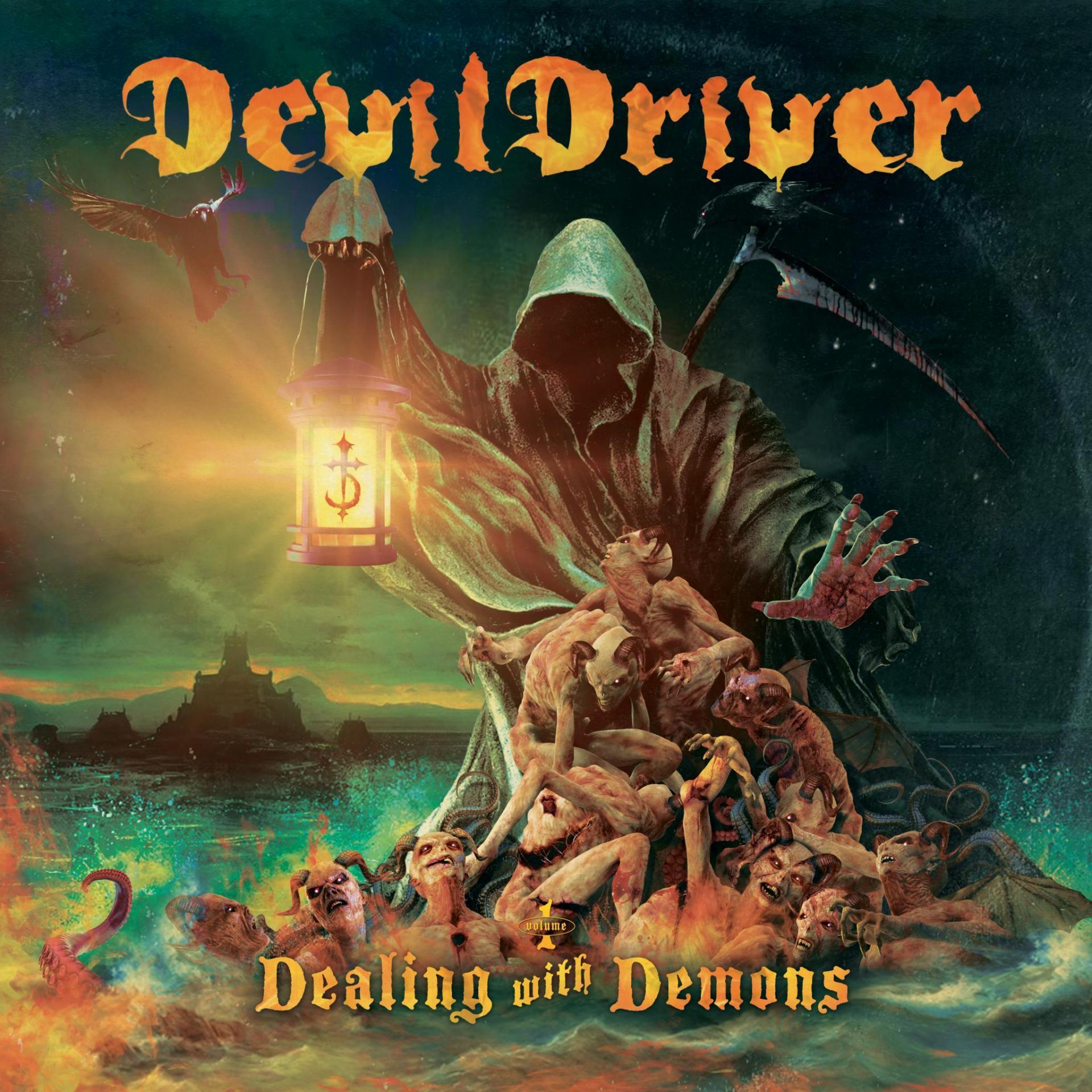 We begin on Keep Away From Me that wins our trust with this soft introduction before assaulting us with this stirring rhythmic. Between Groove and Melodic Death Metal, the band is still on the same pattern, and the song is more than catchy! Same feeling for the heavy Vengeance is Clear, that will make a whole crowd headbang since the firsts notes. Some dissonant harmonics come to enrich riffs, but we’re still in this raw power aspect, unlike Nest of Viper. The song is disturbing, but mesmerizing, violent but quite sweet, and those Blues influences confirm it. Iona is darker, more melancholic than the other songs, linking the two sides of the band’s music that crushes everything on its path. Lead guitar adds this intriguing touch, as for Wishing, a song that definitely highlights melodies without neglecting the band’s strong groove. A clean voice comes to moderate this rhythmic’s fervour that only waits to explode.
You Give Me A Reason To Drink is the next one, and we immediately feel that the song will be dark, but catchy. It anchors a bit more into blackness with Simon Blade Fafara’s participation, the singer’s son, before going to the dynamic and dancing Witches. Some Hardcore influences, a raw sound and haunting melodies, the band perfectly knows how to link all of their influences to create something interesting for their audience. Dealing With Demons, the eponymous song, melting once again an intense and catchy rhythm part with some softer, more dissonant and stabbing, but also sometimes airy leads. We are getting close to the end with the fast The Damned Don’t Cry, a piercing and vicious song that will wreak havoc even in an already tired festival crowd. Scars Me Forever offers us a last touch of melancholy with this introduction full of sadness. Riffs are as mournful as expected, while keeping this heavy sound, and it is after a last chorus that the album ends.

Even if they already have a high reputation, Devildriver is still improving. Dealing with Demons, Volume I offers a powerful opening to this double album that seems to be as dark as violent, in this style between Groove and Melodic Death Metal.