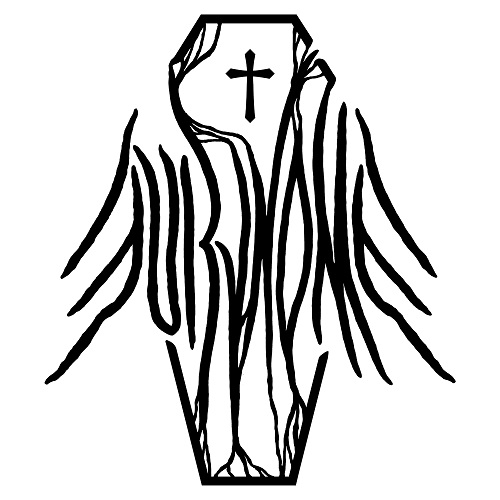 If you think you know Funeral Doom, wait before you hear Eurynome.

Founded in 2018 in Italy by Nicole Delacroix (bass/vocals/keyboards) and Jacopo Marinelli (bass/vocals, Abeyance, Esogenesi), the band tooks two years to offer us Obsequies, its first album. 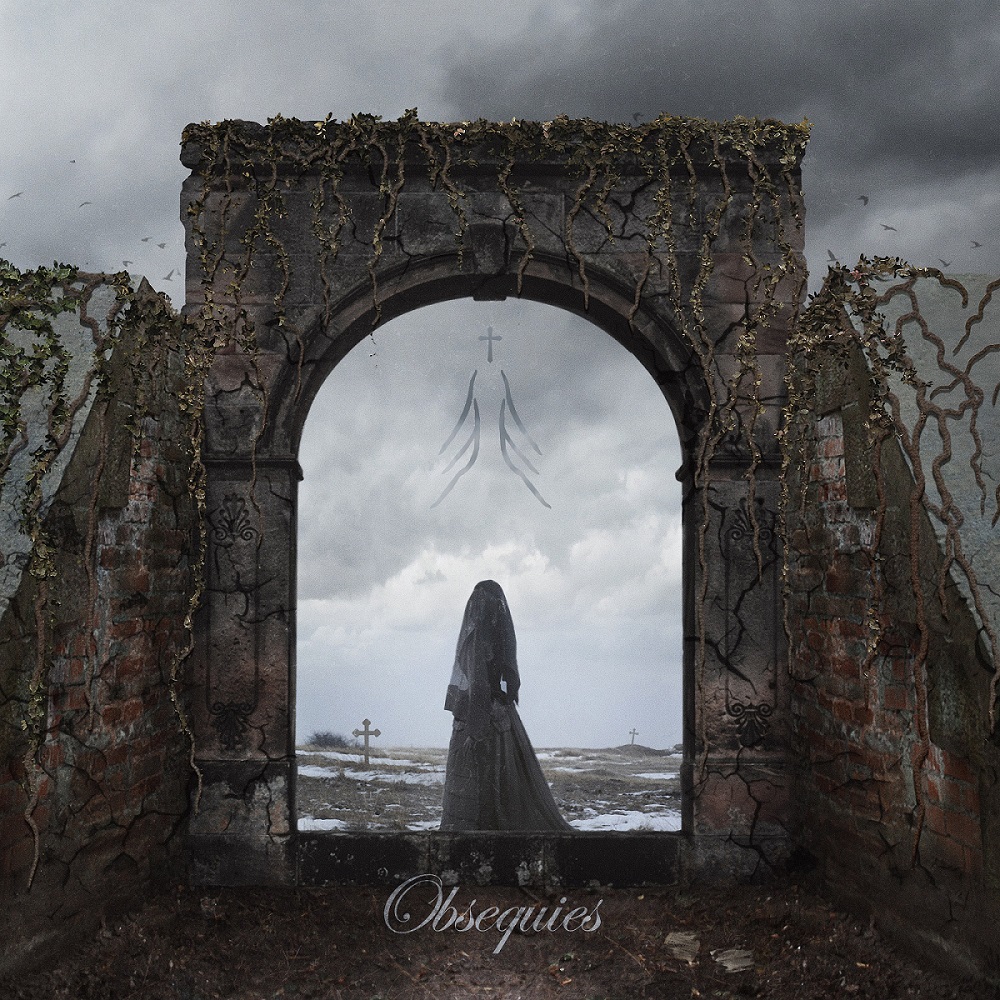 The band’s concept is unusual: no guitars, but two basses, tuned in 436 Hz, the tuning used during the 19th century. That is on this period that the band’s universe is based, between this gloom, this melancholy and this dark ambience. Keyboards add a soft touch to this relentless oppression, allowing the two vocalists’ the capacity to mutually complete themselves. The russian artist Xelistroll’s illustration allows at the same time to imagine ourselves in their landscape made of greyness, decay and weighing sound, but also to understand how the picture and the music interact together. Seven tracks for a bit less than an hour of sorrow, laments and haunting tones that immediately begin with Eloquence of the Doomsday Fog. The band’s slow riffs sometimes wear piercing leads (with still no guitar), like on The Ancient Stele of Eurynome while the two voices fly together. Two instrumental tracks are on the bill, including The Dead Warden that wonderfully introduces the long and crushing At the Solitary Crypt and Conducting Our Own Funeral. The two songs have their own personality, but they play on mesmerizing tones in order to imprison us and penetrate our mind. One with the Graveyard’s Undergrowth let place to the heady The End of All We Know, a more dark and pessimistic song than the others. Vocals only appear after a long moment, and it will only add a fix of despair into the mixing.

I never heard about Eurynome before, but the band’s sound fascinated me. Obsequies is an interesting but weighing album, playing on an original and very rich concept, that deserves to be fully exploited thereafter.