Created in 2014 by brothers Morbius (guitar/bass) and Vilhelm (vocals/guitar/bass/keyboards), both also members of Second to Sun and Ultar, the band offers us Rotten Garden, in collaboration with Naturmacht Productions as always. We also have Serpentum on bass and Vlad (Solarfall, Ultar) on drums. 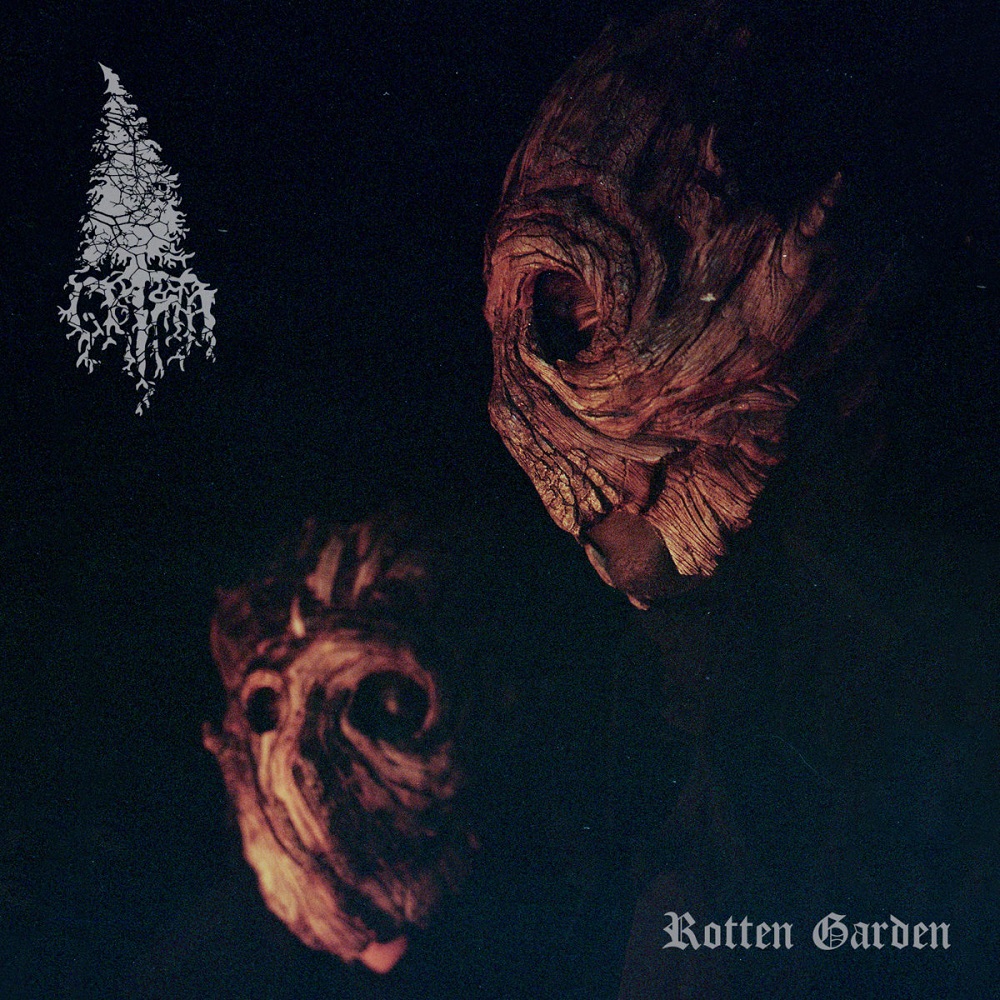 Since the album’s first moments, connoisseurs will find this majestic intensity which is a characteristic of the band, while newcomers meet a seizing, captivating but still very dark sound. The contrast between the vocalist’s possessed howlings and airy riffs is here since Cedar and Owls, a song that introduces ghostly leads, joined by hoots. The break’s quietness only accentuates the rhythmic comeback, then pure rage captures the duo for Mourning Comes At Sunset. Very fast drum parts add an obscure strength to this penetrating, mystical and disturbing song that permanently fascinates us thanks to impressive keyboards and visceral vocals. At the Foot of the Red Mountains goes back to putrid and unholy Black Metal roots with vicious leads and this impenetrable rhythmic, but the band also adds suffocating parts, an accordion sound that reconnects with their country’s folk influences, and this burning rage.
Old Oak comes to appease minds with a very soft and melancholic interlude, between keyboard, a clean guitar and heavy rain, then Rotting Garden, the eponymous track, is next. This song is the longest of the album, and it offers an introduction anchored into folkloric tones to create a worrying ambience before slowly revealing its strength. Languor catches rhythmic, then rage surfaces again before exploding. The acceleration is violent, unexpected and above all unstoppable, melting sharp leads to this super powerful wave before calming down, but it definitely changed the song atmosphere. The keyboard break offers airy tones, but the storm is far from the end, because the rhythm part crushes us again before letting the keyboard drive us to Grom. Thunder announces oppressive riffs, then it’s once again a majestic sound that comes, offering a solid basis for the vocalist’s howlings before leads lacerate us. Devotion to Lord, a song from their first album, was re-recorded and offers a more recent version of the band’s sound on this track considered as iconic into their discography.

Grima’s regularity commands admiration. In addition to very regular releases, the russian duo offers each time seizing, sharp and visceral compositions, that we can only fully appreciate with our soul and our heart.