Eisbrecher, german Industrial Metal heavyweights, are back with an eighth album. 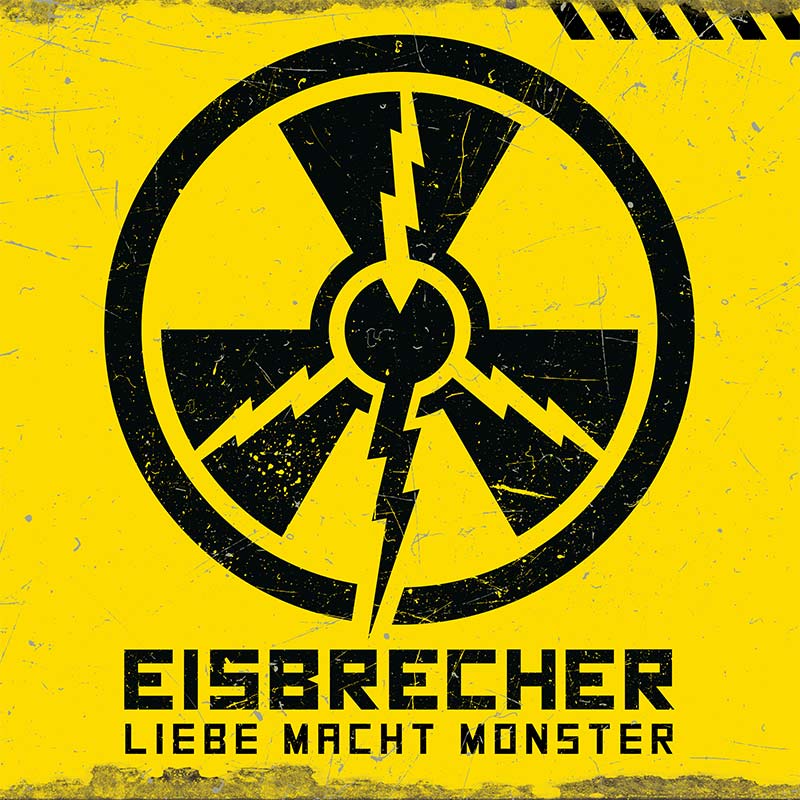 Whether the band gained its reputation inside of Germany, its motherland, it begins to grow outside. Their show at Hellfest 2019 was remarked, with notably those german vocals, characteristic of the style, but also this energy and this modern martial sound.
Liebe Macht Monster is made of fourteen songs for nearly an hour of sound at the service of headbanging, rage and motivation. The band is known to offer cold but heavy tones, surmounted by vocals that could sound exotic, but it’s not, and it is able to make crowds dance on the other side of the Rhin. Eisbrecher plays some effective and easily accessible songs, like Es lohnt sich nicht ein Mensch zu sein, the first track, or FAKK, one of the compositions designed to unveil the album. We find a solid rhythmic, energetic vocals and modern Electro influences, like on Nein Danke or Im Guten Im Bösen, but also some kind of melancholy with Frommer Mann and Dagegen a duet with the singer Dero Goi (Oomph!, Die Kreatur).
The eponymous song Liebe Macht Monster offers dancing but weighing sonorities, just like Systemsprenger, some kind of motivating Industrial-dyed ballad. The band gets out of its comfort zone without forgetting the essential elements to its style, then Wer bin ich reconnects with dark heaviness the Germans can spread. The contrast between catchy tones and rhythmic is interesting, then Himmel comes back to more airy accents for a second ballad. The song is easily memorizable, and will be very effective on stage, then the band goes back to aggressiveness with Kontrollverlust, a more haunting composition that perfectly links together cold Indus and soaring parts. Leiserdrehen welcomes back raw tones and catchy patterns that are part of Eisbrecher’s musical personality, then High Society strikes with heady riffs. The song will make you dance before Es lebe der Tod and all its blackness. The song closes the album with all the characteristics of an effective Industrial Metal that makes you shiver on stage.

Eisbrecher is still underrated in France. However, Liebe Macht Monster is a terribly effective album, that will make your speakers roar as much as concert or festival crowds. If you don’t know the band yet, you’ll regret it!