Soothsayer is ready to offer us an album. 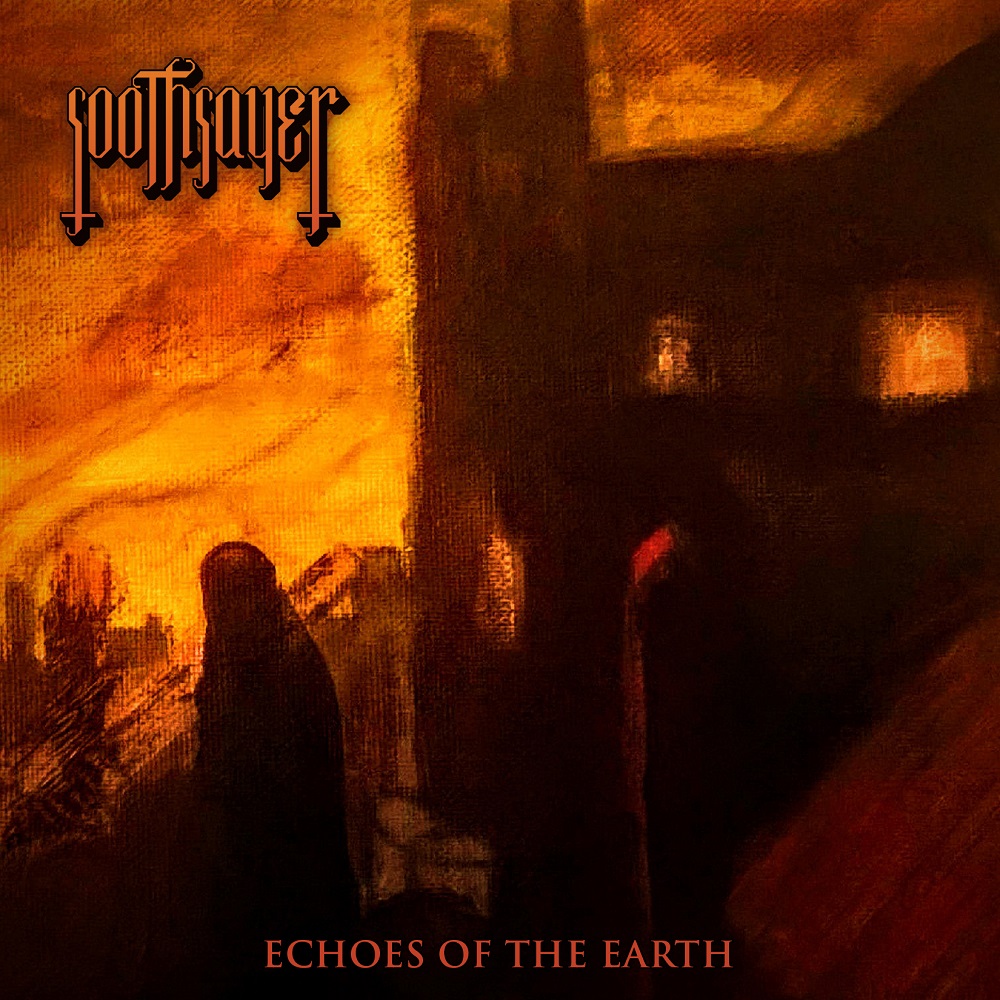 All those who don’t know the band, and I admit it was my case before this album, collide to an ambient and very oppressive sample. A voice talks to us in the background, and we get lost while trying to understand those words while the oppressive sound from mystical choirs takes place before Outer Fringe, the first song. Airy leads come before the rhythmic suddenly crushes us. Massive howlings supported by morbid screams that join the haunting and dark outcome, adding a thick fix of gloomy oppression. Mystical choirs are back, but the band revive heavy riffs that accelerate until this final break, then War of the Doves, an unholy song on which Eugene S. Robinson (Oxbow, Buñuel, ex-Whipping Boy) takes action. The song picks into a frightening and unholy Doom Metal basis, offering some black tones, but also airy leads, contrasting with those possessed howlings. Some groove gets out of the song, that gets anchored into an aggressive heaviness, while adding disturbing tones.
Cities of Smoke offers this seizing melancholy developed by the band since the firsts seconds under another aspect, while offering a clean sound, as well as inside of this heavy riff as into this unhealthy voice. Howlings will be back, while the rhythmic basis stays into those soft tones until the final burst. The explosion suddenly ceases, then let place to Six of Nothing, where the band invites Paul Catten (Barrabus, Stuntcock, Thicko, ex-Medulla Nocte) and Ralf W. Garcia (Neolithic Regression, Poltergeist, Requiem, Wolf Counsel) on vocals. The song’s intensity starts to grow until a long climax, then decreases into anguish and dissonant blackness, before going back to this chaos and set fire to the rhythmic again, creating a true sound storm on a background made of howlings of pain. True North, the last song, sees the appearance of Dave Ingram (Benediction, Echelon, Down Among the Dead Men, ex-Bolt Thrower, ex-Hail of Bullets…) to accentuate the unholy sonorities developed by the band’s suffocating rhythmic. The song is very slow but very catchy, sometimes letting enthusiasm catch musicians before a final that strangely reminds the introductive song.

Soothsayer is a surprising band, that can easily fascinate us to create a ball of blackness inside of which the band evolves. With only six songs, Echoes of the Earth can seem to be short, but the song’s length and the attractivity that breaks loose from them says the opposite.