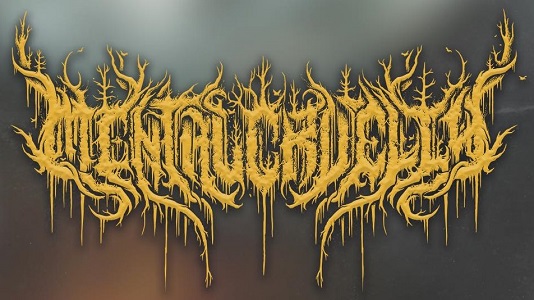 Mental Cruelty is back, and it will hurt.

Created in 2014 in Germany, the band is composed of founding member Lucca Schmerler (vocals, ex-Buried in Pieces), Marvin Kessler (guitar), Viktor Dick (bass) as well as Danny Straßer (drums) and Nahuel Lozano (guitar, Methadone), the two newcomers. A Hill to Die Upon, their third album, is released at Unique Leader Records. 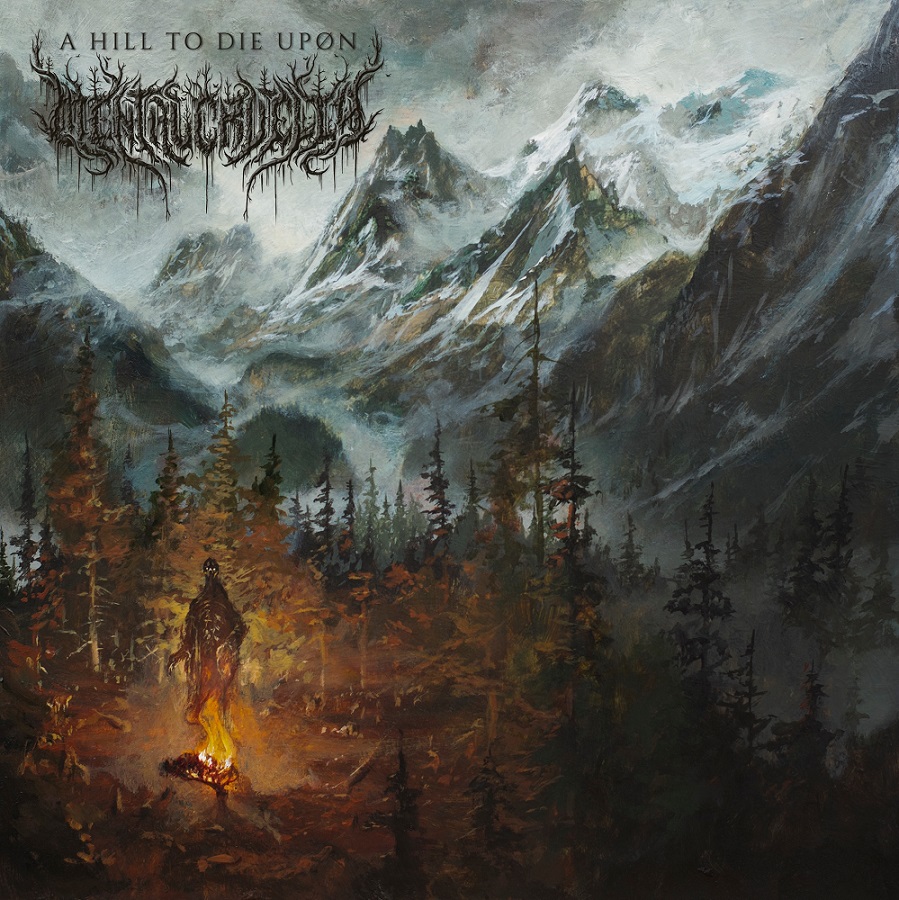 The band’s recipe is based on a super powerful Brutal Deathcore, surmounted with oppressive, unhealthy and dark ambiences. We often find Black Metal influences into this unholy melting that begins with Avgang, a frightening introduction including airy sounds that suddenly drops us on Ultima Hypocrita. We have striking leads, contrasting with a super heavy and catchy rhythmic, wild and aggressive howlings, but also keyboards and backing vocals glorifying Satan. Abadon keeps occult ambience and strength inside of riffs, while suddenly cutting violence to make it appear again after a moment of breathing. Leads spawn through the thick rhythmic, then King ov Fire offers a flood of dark violence while keeping dancing sounds during riffs and breaks.
We continue with Eternal Eclipse, a harrowing song that melts oppressive orchestration and the band’s raw strength, creating a maelstrom of black violence contrasted that will get stronger with breaks, then Death Worship offers continuous heavy elements. The song has pure violence as its only goal, the violence that will wreak havoc inside of worldwide crowds while wearing some Black Metal leads. The final explosion drives us to Fossenbrate, a soft clean-sounding heady melody accompanied by nature sounds. But the quietness won’t last, because A Hill to Die Upon begins. The eponymous song is literally the climax of this occult melting between lumbering brutality and tearing ambience. The end of the album takes shape with Extermination Campaign’s piercing riffs, supported by a channeled violence that explodes at the right moment, offering an effective output, then The Left Hand Path closes the record. The song is the longest of this album, and it allows the band to assault us with disturbing orchestrations before striking with their heavy riffs. The song is very theatrical, and it allows the band to confirm their sound’s strength before it slowly fades away.

The art of Mental Cruelty gets fine-tuned. The band show they are able to reach peaks of violence and oppression on A Hill to Die Upon, definitely marking a turning point in their career thanks to this monolith of pachydermic blackness.