Assault is back to introduce its second album.

Created in 2006 in Singapore by Clarence Chong (vocals, ex-Godsire), Hanesh (guitar) and Syaz (bass/vocals, ex-Coventide), the band releases an EP in 2011, followed by an album in 2017. With the help of Noh (guitar/vocals, formerly drums, ex-Coventide) and Mitch Goon (drums, Phineas Gage, ex-Zaganoth), the band offers us today In Aevum Et Illustrata. 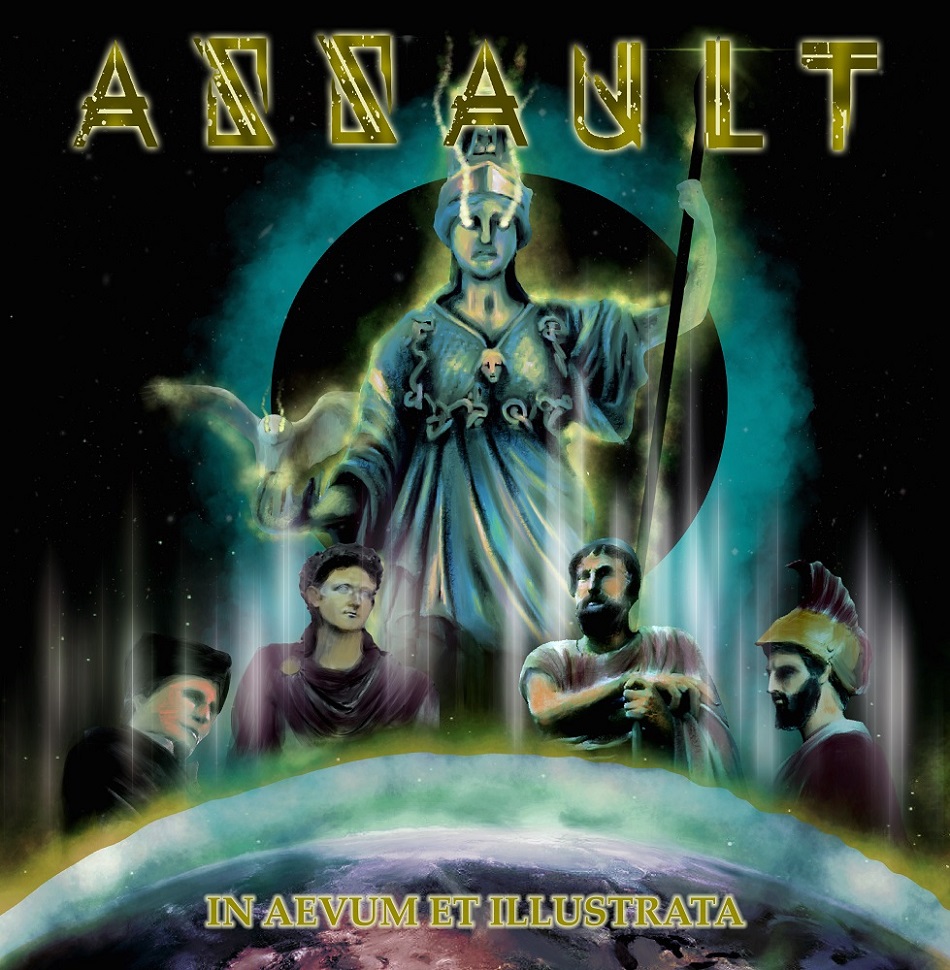 We begin with Ingolstadt, a dark and melodic introduction that leaves us after some worrying notes on Oration of Lies, a sharp and catchy song that links Melodic Death Metal codes to burning energy. Leads also let place to bass, waiting for howlings to come back with MDCCLXXVI  Novus Ordo Seclorum, a mystical and aggressive composition. The band also adds some Thrash Metal elements to those violent and fast riffs, then an airy break creates a melody, played next by instruments before going back to pure rage. Age of Enlightenment, a slower and more groovy song that seems to be perfect for some intense headbanging sessions, comes next. The song also offers more jerky parts before an epic solo.
The band continues with 1788, a song that begins with a message of George Bush, announcing the war in Iraq, before striking with aggressive and catchy riffs. We also have some bloody leads signed by Andy Gillion (Mors Principum Est), then Minerva comes with heavy riffs and harmonics between bass and guitar, letting place to a more airy break before going back to violence, then Signs of Providence also offers a contrast between ferocity and soaring melodies. The duality unveiled by the band strengthens each aspect of their music before a warlike final, dropping us on Orders of the Bavarian, an incisive and very sharp composition. The band multiplies hooking riffs with those peaks of technicality and those melancholic melodies supported by screams of rage before The Awakening, the last song. The recipe remains unchanged, the band melts raw elements with mastery, technicality and emotions for an insane output.

Assault is not here to laugh. If you don’t know the band, In Aevum Et Illustrata will trample you with attitude and violence until you cannot handle it! But if you already know the band, you will notice its evolution. In any case, we need more!