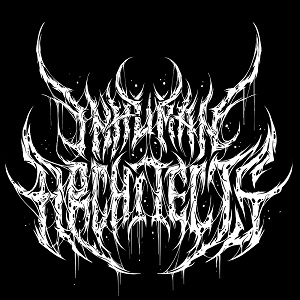 Inhuman Architects comes to abduct us.

Created in 2020 in Portugal by Fábio Infante (vocals) and Fábio Azevedo (guitar), the band recruits a first line-up and hits the studio for a first song. Marcus Reis (drums) and Susana Gamito (bass) now walk amongst the duo for the release of Paradoxus, the band’s first album. 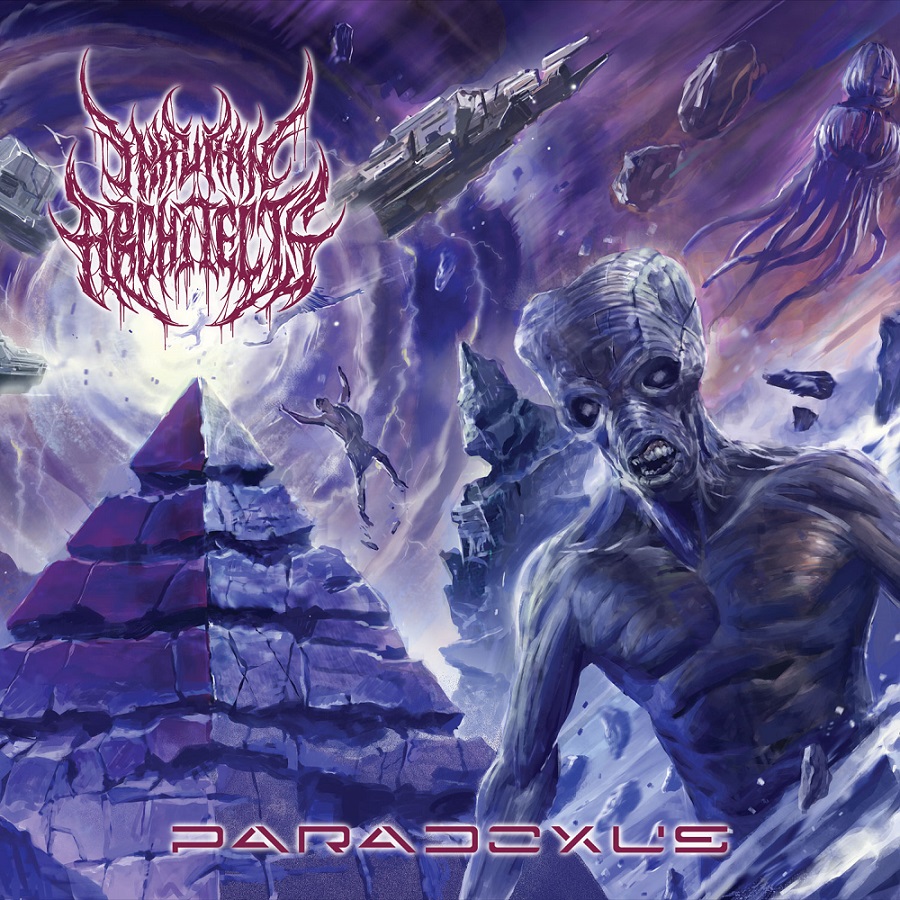 The band rely on Titanforged Productions about recording, mixing, mastering and production of its album, anchored into some Deathcore with very heavy and modern Slam influences. In Adventu Deorum, the dark and short introduction, immediately place the elements before Behold The Creator, a groovy and motivating composition that will quickly unleash the crowd. Moshparts, breaks, palm mute and bassdrops are part of the portugueses’ universe before Defying the Gods, a song that picks into massive Brutal Death to add to this violent universe. We continue with the unhealthy Nephilim and its heady and vicious influences that never forget pure violence under blackness, then with Nibiru’s Wrath, a track with some airy tones to contrast with the solid rhythmic. Modern and crushing tones come quickly back on Interplanetary Suffering, the first song the band unveiled that was reworked. The song keeps is Deathcore basis while wearing some majestic heaviness, then pure aggressiveness surfaces again with Astra Natus Est, a quite Old School and effective song with technical hints. The Great Deceiver uses some Prog tones to strengthen this lumbering heaviness, while Night Intruders reconnects with blackness and dissonance before Vortex, the last song, that gathers dissonance, oppressive tones, technicality and pure violence for a crushing and federative composition.

With this first album, Inhuman Architects offer a violent and well worked sound. Paradoxus develops aggressive riffs embellished by heavy, oppressive, dissonant and dark influences to create its own rich and interesting sound, under the banner of rage.