Lorna Shore. A name of which so much is spoken and written.

Created in 2010 by Adam De Micco (guitar/bass), the band’s line-up evolved a lot, partly at the beginning. Austin Archey (drums) joined the band in 2012, then Andrew O’Connor (guitar/bass) was hired in 2019. On vocals, Will Ramos (ex-A Wake In Providence) succeeds Tom Barber and CJ McCreery (who respectively left in 2018 and 2019). The band reveals us today …And I Return to Nothingness, its new EP, at Century Media. 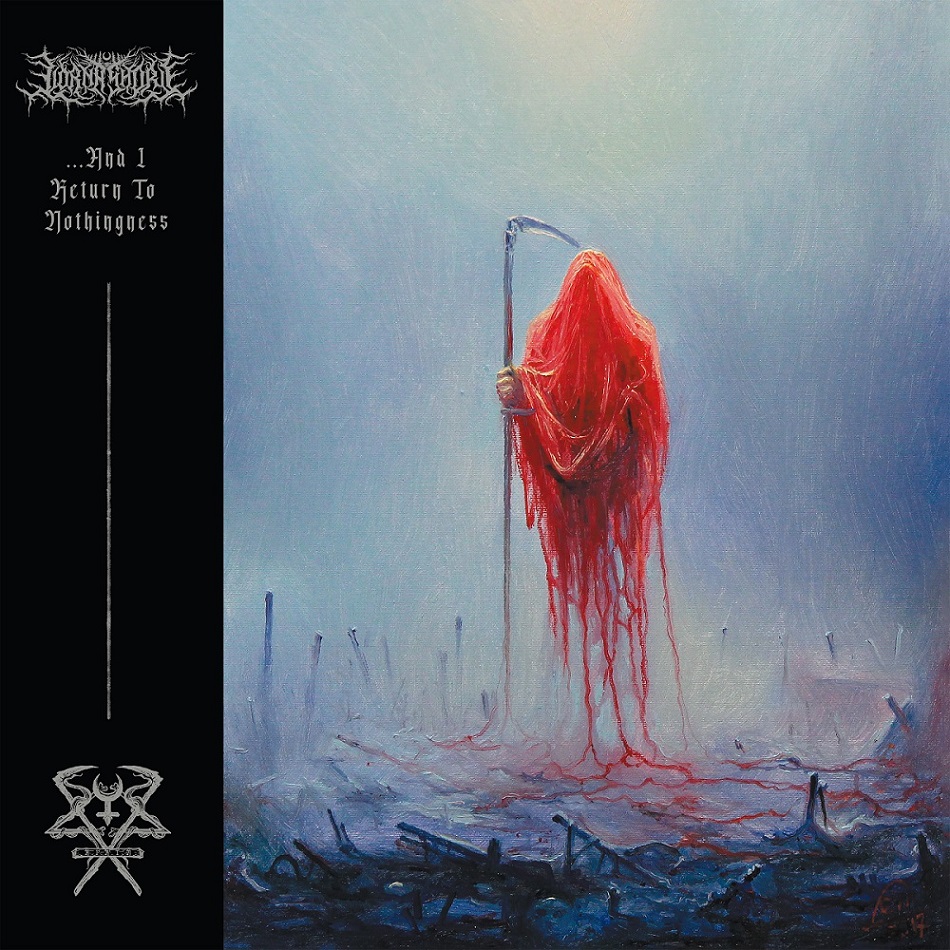 Only three songs, illustrated by another magnificent artwork by polish painter Mariusz Lewandowski (Bell Witch, Eremit, Abigail Williams, Psycroptic…), and to which the magician Francesco Ferrini (Fleshgod Apocalypse) participated. We begin with …And I Return to Nothingness, the eponymous track, that melts majestic orchestrations and the unholy strength of their Blackened Deathcore, on which the vocalist places demonic howlings and a super powerful growl. Breaks are of course part of the bill, then it’s after an orchestral part that Of The Abyss, a really darker and more warlike song, begins, still raised by impressive ambiances. The contrast with brutal and incisive Deathcore is wonderful, and this guitar solo worth the greatest virtuoso perfectly fit heaviness before crushing us with a titanic break. The rhythmic drives us to a dark and worrying final part, then the already famous To The Hellfire begins. When it was released, the song impressed more than one due to its strength, its crushing groove, the vocalist’s tone changes, but also its piercing solo and this final break, which is probably considered as one of the blackest, wildest and unhealthiest of the style, that only increases violence until a point of no return.

Despite its changes, Lorna Shore only evolved. …And I Return To Nothingness shows us that changes are sometimes really valuable, and also that the band now fully blossoms into this new intense, dark, majestic and wild style.