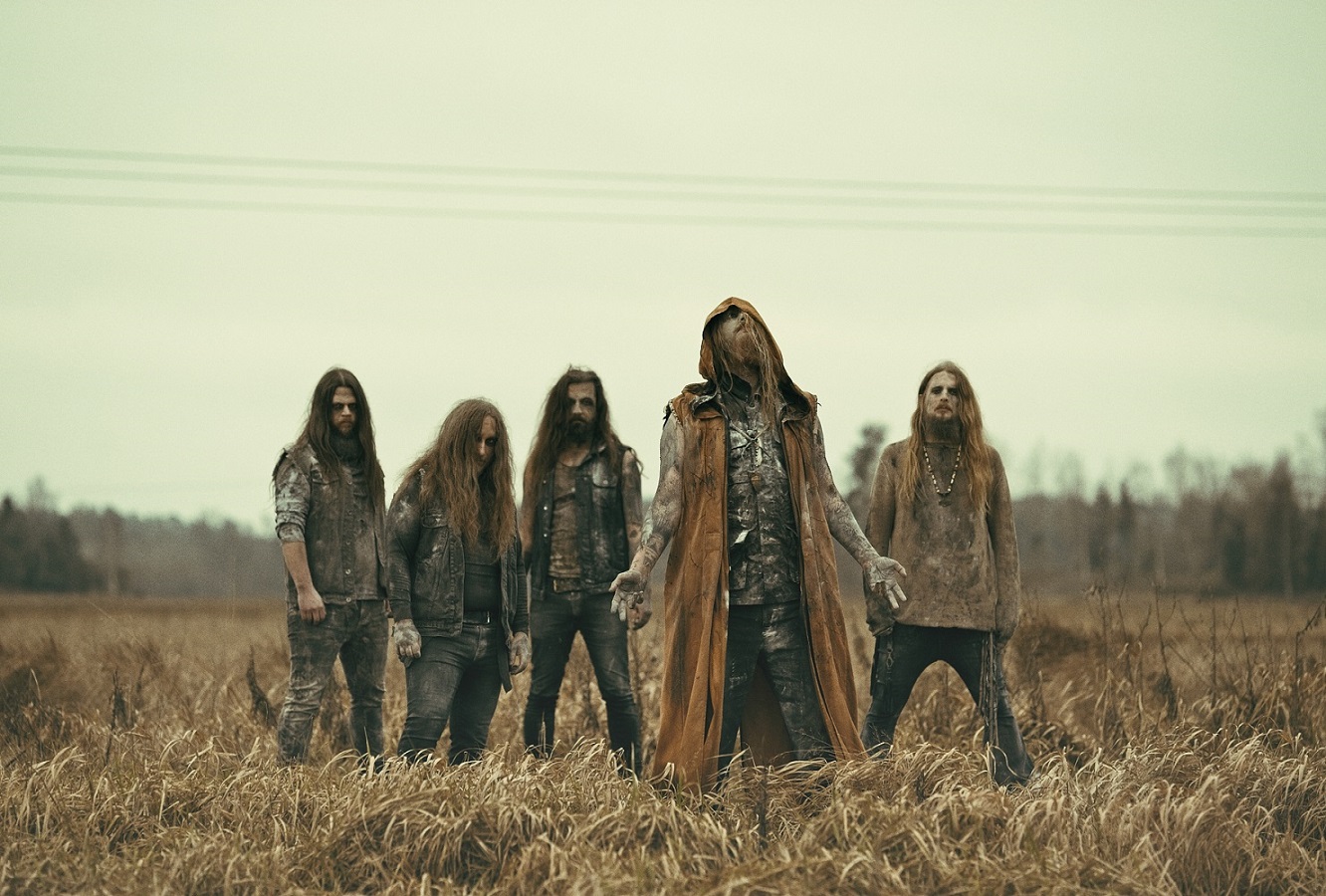 For the release of Arkivet, Wormwood’s third album, Nine, the band’s vocalist and lyricist agreed to answer my questions.

Hello and first of all, thank you very much for your time! How would you introduce the band Wormwood without using the label “Metal”?
Nine (vocals/lyrics): Wormwood is a cinematic journey through emotions, nature and Scandinavia. We have a difficult time labelling us anyway. We are what the listener wants us to be, but we are true to ourselves each time we release something new. An experience is what we want to release for the world, and how they see that experience is up to the individual.

Where does the name Wormwood come from and what is its link with your music?
Nine: In the bible they wrote about a star called Apsinthos (also named Wormwood) which fell upon earth and made the water bitter. People got sick and died and the trumpets played from the heaven. We are the new end, and instead of trumpets, we come with our music and poetry. We’re a Nordic-centric doomsayer.

Arkivet, your third full-length, is about to be released, how do you feel about this album?
Nine: We’re anticipative, but we feel great about it. It’s a different produced album compared to the previous ones. We didn’t approach it like a run-of-the-mill Metal album. Not that we think the Metal sound is bad, but we wanted to do something different. Furthermore, we’re deviating from our sound a bit. People who fell in love with Ghostlands or Nattarvet will be surprise by this one. The essence of Wormwood has not disappeared though.

How does the composition process happen? Was it different from the previous records?
Nine: Nothing is different really except that we had more time to focus on writing the song. The process was unobstructed. No gigs (sadly). Usually it starts out with T.Rydsheim (guitarist, ed.) coming up with a riff, melody or a whole song and we collectively listen to it and come up with ideas. Nothing is written in stone and there are no rules, which make the writing process really interesting and fluent.

On this album, the balance between majestic melodies and raw rhythmics have been pushed to its paroxysm. What inspires you to create this universe?
Nine: We tend to do music we want to listen to and which hasn’t been done before. That doesn’t mean we approach it with an avant-garde mind-set, but it makes it more compelling. As I stated before, we want to create something cinematic. Take the listener on a journey where the destination is unknown. The experience will be different for everyone but a journey nonetheless.

There are also a lot of vocal diversity, between visceral vocals, intense screams and even clean parts, how do you decide which vocal fits which lyric?
Nine: When I record or rehearse the song, I tend to let it come naturally. When the song is done musically I don’t have a clear vision where and what kind of vocals there shall be. I put myself in the right mind-set, and try to convey the lyrics I write into something I can feel with my vocals. What we do know is that there shall not be « too much » of clean vocals, or yelling. The rawness shall never disappear, and it’s needed to still have that visceral feeling.

About lyrics, there is a really pessimistic point of view on this album, what drove you to write this way?
Nine: It’s not difficult to write about something pessimistic when you can just read the newspaper, scroll through social media or open the window and see the destruction we have caused. Even if you live in the middle of nowhere, the footprints of man’s apathy is everywhere.
But more to the point, I felt like I wanted to write about the planets last cry before we fuck everything up too much. I wanted to explain how the destruction of the planet happens everywhere from everyone. It’s about personal doom and a collective rape of our planet. In the end, hopefully, Earth will inherit what we left, without us. Reclaim what was once hers.

The most intriguing song of the album is undoubtedly The Gentle Touch of Humanity, the last one. What is its story? Where does the voices in the middle come from?
Nine: As many would have guessed, the title is rather ironic. Going back to what I wrote previously; our footprint is earthwide. It’s heavy and destructive. To create something we have to destroy something. It’s an endless circle for as long humans exist.
The voices is a collection of news-clips from around the world, but we wanted to make it a bit more focused on Sweden. Everyday somewhere there are raging nightmares, destruction and death. We wanted the part to be a bit too long. Almost to make people annoyed. We’re so used to bite sized news, headlines and one minute news articles. We can’t hide from the cataclysmic force called humanity.

The world was taken down last year by the Covid-19 crisis, how did you face the situation as a band? Did the crisis had an impact on the album creation?
Nine: What the Covid crisis did was to give us ample time to create this album, so we thank the plague for that. Most songs and lyrics were already done before it really became pandemic, but we didn’t have to stress it out. We took our time to create something we are very proud of.

Even if the future is still uncertain, do you have plans for the album release or even after?
Nine: The music machine called Wormwood won’t go dormant. We have bigger and better plans for future releases. 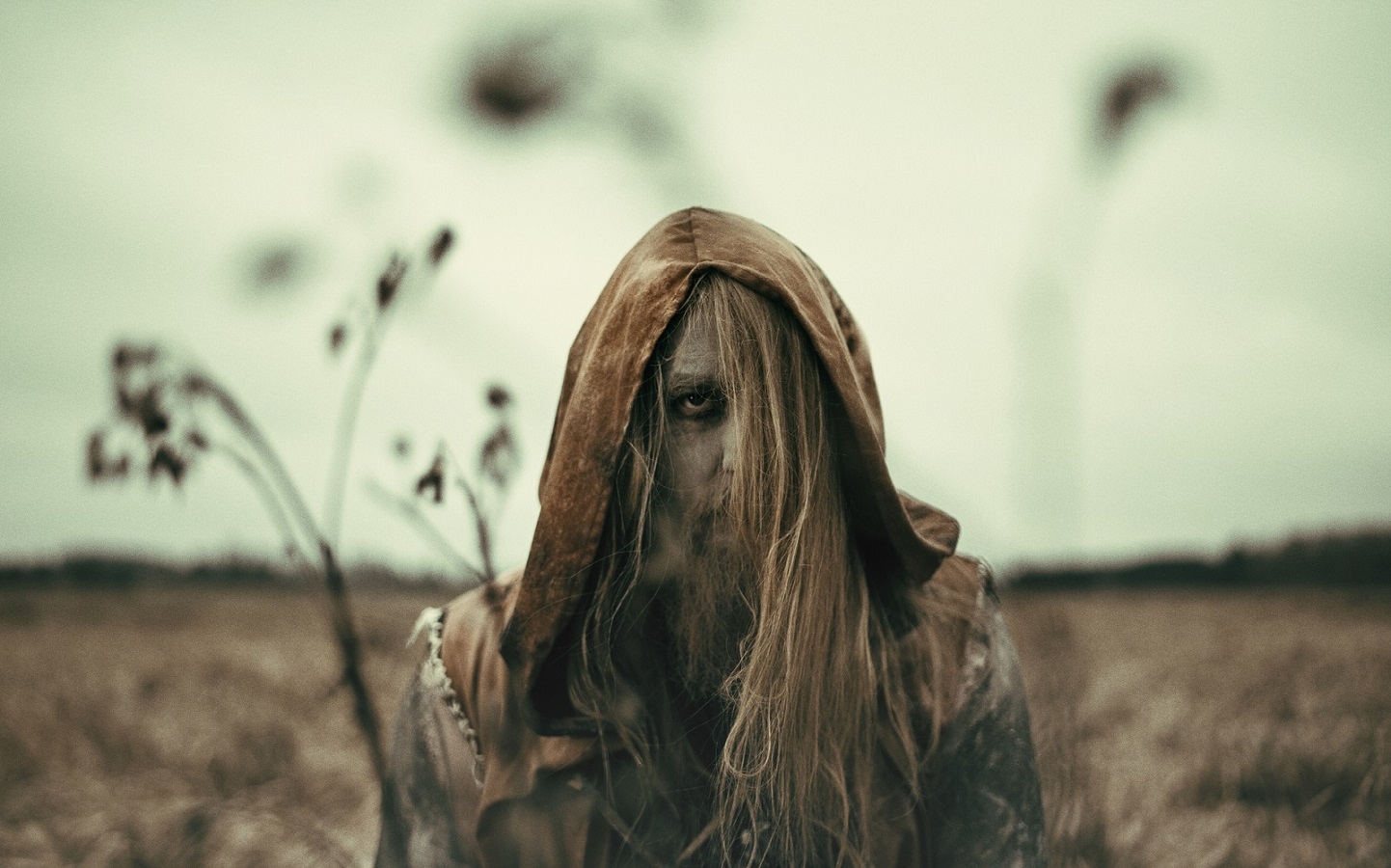 The band grew its very own sound identity from the Black Metal and the Swedish Metal scene, how did you create the band’s visual identity?
Nine: Just like the lyrical theme and musical emotion from each album we want to « look » different also. We don’t want to look too spectacular because it takes away what the music want to convey. We approach the visuals with care. When we release our fourth album we will look different then also, but we don’t know how. We’ll let the music speak first then we decide.

Do you have hobbies aside from music? Do you also have a job, or does your music income allow you to live?
Nine: Everyone in the band has a day-job but the music is the main priority. That means that even if sales are bad or let’s say a world-wide plague would ravish the earth we’re still fine. Don’t get me wrong, we want people to appreciate what we do and buy our merchandise.
And yeah, we all have our hobbies. We’re more than just band mates, we’re a small family that meet and do stuff outside of Wormwood.

What was your first Metal album? Bought by yourself or offered by someone. What led you to the Extreme Metal universe?
Nine: Around 1996 I borrowed an album called Beauty in Darkness Vol 1 from my older brother. It was a compilation album with bands under the Nuclear Blast banner. That’s where I heard Therion, Sentenced, Dissection, Cradle of Filth, Amorphis, In Flames and so on and so forth. So from the start I had a very wide extreme musical taste. I preferred that over Iron Maiden, Metallica. I still like all of these bands today, even if I prefer their older material more. But as a Swede it’s difficult not to get into the extreme music, because the best bands are from here really.

What do you love about your music that you cannot find in other band’s music?
Nine: I like that we have no rules when we create our music and we always tell a story. Everything is equally important for us. Lyrics, feeling, music, approach. I also really like that different people can have a different experience when they join any of our « sonical » journeys.

What is your best and your worst experience as a musician ever?
Nine: Worst would be that these last two years we haven’t been able to perform live, to travel to different countries and meet fans. So we hope next year will be wildly different.
One of the best experiences must be the upcoming release of Arkivet. The culmination of months of waiting, blood, sweat and tears. We’re very proud of it and can’t wait to show everyone our creation. 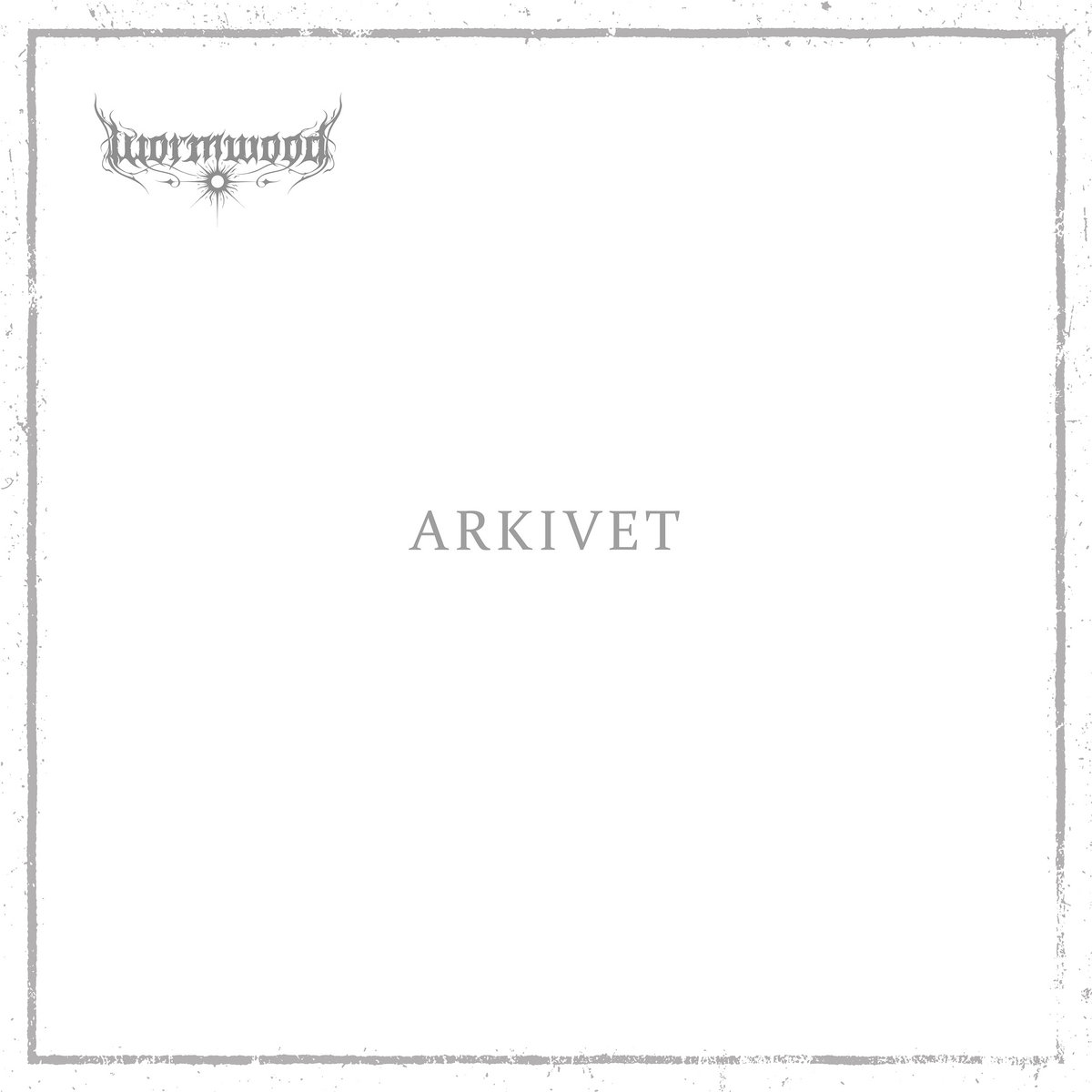 Maybe you already heard about the french Metal scene? Which french bands do you know?
Nine: It’s not about which bands I know, but who I like. I like some old Anorexia Nervosa, most of Blut Aus Nord and some Alcest.

What if I ask you to compare Wormwood’s music with a dish or a beverage? Which one and why?
Nine: A hardy traditional Swedish meal made out of moose, potatoes and cloud-berries. The reasoning is up for the reader to decide.

Are there some musicians or bands you would like to collaborate with on a song, or more?
Nine: I guess a dream of mine would be to have Dan Swanö to sing on one of our songs. But other than that, I’m not sure. We have good contact with many Swedish bands and you never know what will happen in the future.

Last question: which bands would you love to tour with? I let you create a tour with Wormwood and three other bands!
Nine: From a friend perspective I’d love to do a tour with us, Månegarm, Netherbird and Paara. Four different bands who will deliver an amazing experience for the fans.
Exposure-wise it would be neat to travel with Opeth, so we get a wider type of audience.

That was the last question for me! Thanks a lot for your time, last words are yours!
Nine: No worries. For the readers, watch our two music videos for The Archive and The Gentle Touch of Humanity and mark the 27th of August. That’s when we release Arkivet.