The band was created in 2016 in the United States as solo project by Kiera Pietrangelo (guitar), but after an album in 2017, the musician recruits Harley Blandford (drums, Ominous Ruin), Becca McCabe (keyboards/clean vocals) and Jade Ordonez (vocals, Deliria) as well as a guitarist and a bass player that will leave the band in 2020. Tracy Tanner (bass) joins, to finalize Colossus.
We still have parts recorded by Chris Zinnanti, the band’s former guitarist, on the album. 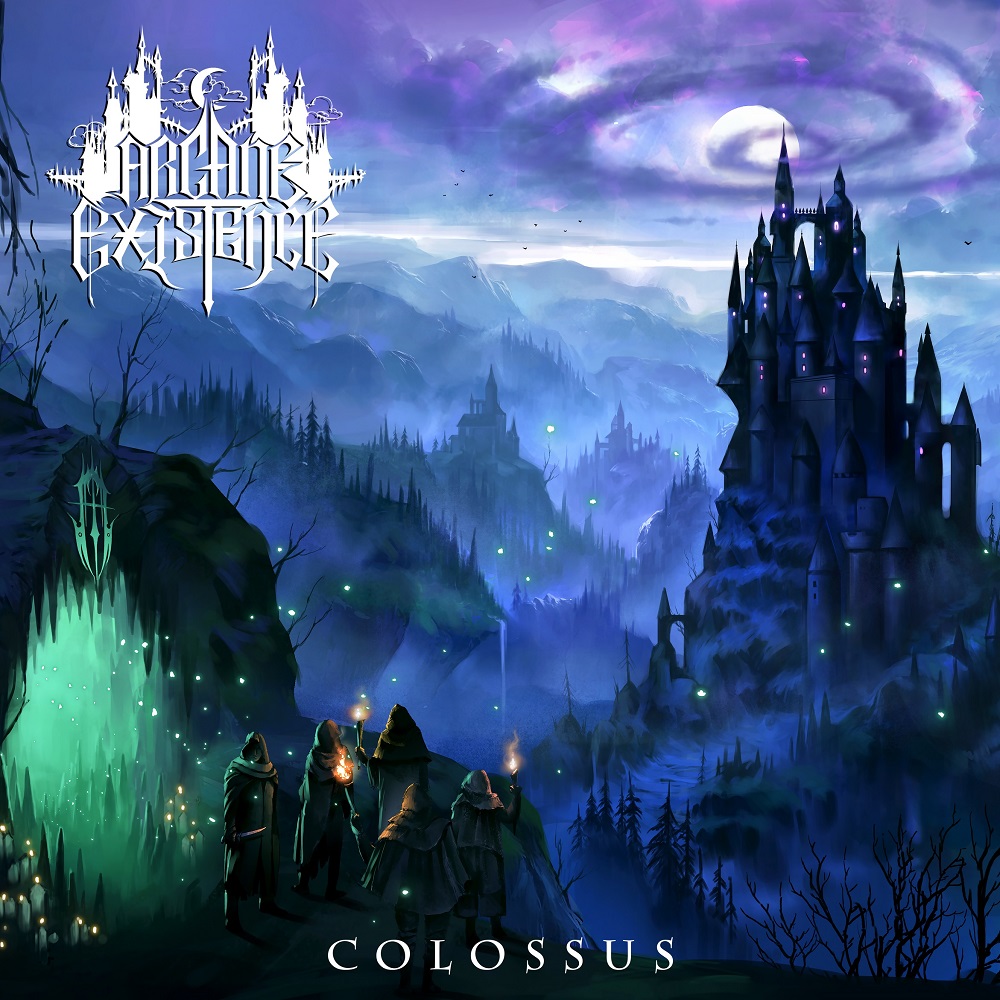 Colossus is my first contact with the band, and the artwork, made by Nele Diel, seems to be perfect to illustrate this both dark and captivating universe, that oscillates between Melodic/Symphonic Black and Death Metal. It begins with Mystic and its grim introduction that immediately develops a contrast between enchanting backing vocals and wild howlings on a melodic but solid rhythmic. The band continues with Sovereign Blood, where they welcome Bobby Carroll (Cyborg Octopus, Raiju) on guitar, while keeping this contrasted universe between majestic sonorities and weighing ambience, then Transmutation comes to offer some technicality hints. The sound is quite captivating while offering epic accents before Formation, a short composition that stays in this warlike theme. Clean vocals come before Conclave begins, creating some unholy union between the two registers. We also notice this catchy break, then Scroll of Augury calms minds down before going back to this solid basis with heady harmonics. The Altar reconnects with dark mystical sonorities while offering a worrying quietness, then the short Enchantment links come weighing tones. The band call their guest back for some leads on Castle on the Hill, an intriguing but soaring song, then the rhythmic becomes stronger before Conducting the Scourge, a song that borrows some medieval sonorities while offering theatrical parts. We continue with Colossus, the eponymous track, that alternates between massive riffs, mystical leads and this enchanting quietness. Beneath Withered Stone offers some suffocating blackness for the last time before closing the album with A Light Between realms, a soft luminous outro that could easily close an epic cinematic saga.

Arcane Existence’s universe is made of numerous influences. But the common point of each influence is blackness, giving Colossus a theatrical aspect while being still aggressive, majestic and enchanting.