Created in 2007 in England, the band can now count on T. Kaos (guitar/vocals, Death like Mass), Menthor (drums, Bestia Arcana, Enthroned, Epping Forest, Nightbringer, ex-Aoratos) and Cvltvs (bass, ex-Devilish Impressions). Together they compose and record The Broken Seal, their third album. The band is joined by J. Goat (guitar, Corpus Christii, ex-Theriomorphic…) on stage, and we also have backing vocals by Mark of the Devil (Cultes des Ghoules, Death like Mass). 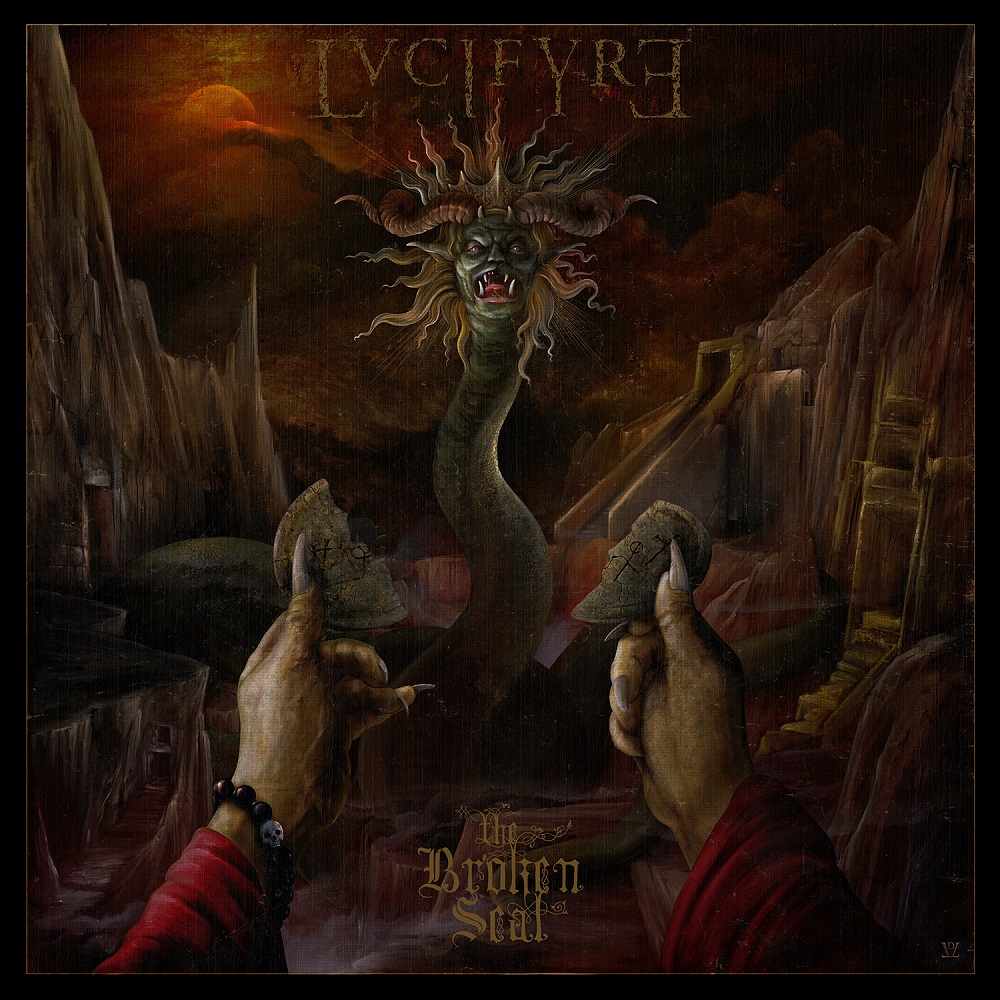 Helped by Stefano Santi (Forgotten Tomb, Extirpation, Crippled Bastards…) for recording as well mix/mastering and illustrated by Daniele Valeriani (Dark Funeral, Lucifer’s Child, Mayhem, Mysticum, Triptykon…), the album is once again marked by occult strengths. Gods Await Us, the first song, immediately proves it with an impressive sound that unveils the most raw and thick from Death and Black Metal. We also have this unholy heaviness on Tribe of Khem and its warlike rhythmic filled with unhealthy elements, but also on Black Beneath The Sun and its powerful flood of blackness. The song perfectly melts a majestic ambience to aggressive and unholy elements, while Headless Rite emphasizes the discomfort feeling with weighing riffs. The song is still quite hooking, then The Broken Seal, the eponymous song, releases all the raw strength the band is able to produce while adding ritualistic elements. The song is some kind of peak of oppression, then it lets place to The Wolf of The Great Dark accompanied by its melancholic introduction, which becomes stranger and stranger. Violence doesn’t late to surface again, while The First Archon makes us sink into this ocean of blackness before striking. Blood of Az offers this frightening sample that progressively increases intensity until an impressive but still haunting rhythmic. Some more piercing leads also come to us, then Black Mass, the last song, begins into this atmosphere of anguish. Even if the song is long and punctuated by rage, it is still anchored into this dark viscerality until the last moment.

The name of Lvcifyre always was synonymous with quality. The Broken Seal is no exception by delivering new extremely intense compositions, an unholy oppressive ambience and an unhealthy heaviness.