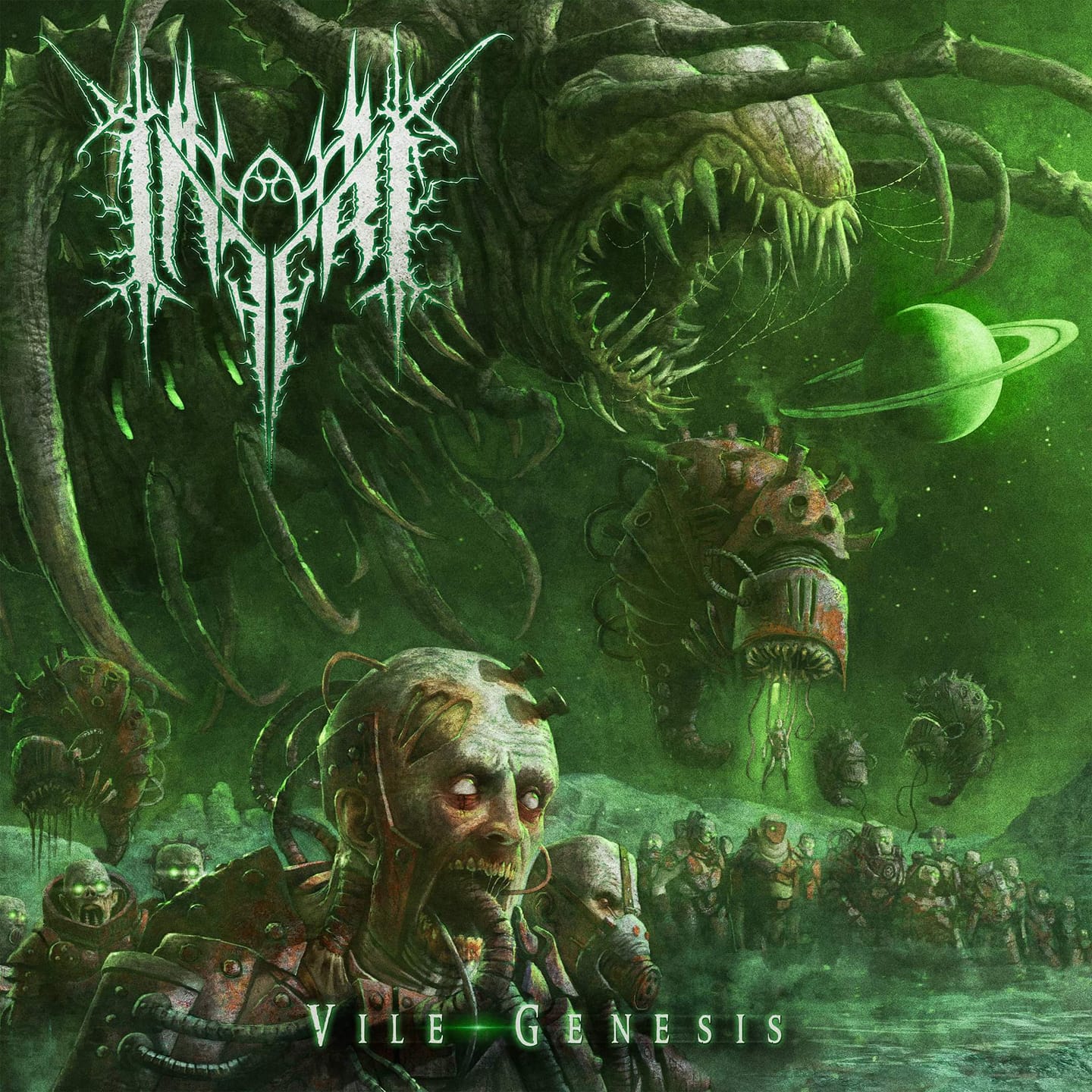 The worrying introduction on No Gods but Our Flesh immediately introduces us to an epic sound, that will be strengthened by a both powerful and melodic rhythmic. Howlings accompany this unfurling rage, that wears piercing leads, but also technical parts like the solo, then Maelstrom Prison unveils darker sounds. Melodies also follow this path, creating a complementarity with majestic parts, but also violent elements, while Simian Hive comes next with sharp riffs. The song will be broken by terrific orchestrations, that perfectly stick to this progression into furor that the instrumental part raises to me. The composition that becomes heavier and heavier will end on From Exile to Exaltation, a track that reinforces those oppressive elements. Riffs are explosive, but also very dark, creating a very tasty contrast that perfectly meets the weighing ambience. Vile Genesis, the eponymous song, offers a majestic heaviness the band combines with as melodic as technical parts, and that meets this supernatural ambience, notably on on the break that recalls a crushing sound. The song is really catchy, just like the soaring Mesmeric Horror and its soft introduction that will let place to the usual violence with complex patterns. The song becomes darker on the end, creating some continuity to welcome Carving Thine Kingdom and its burning melodies. If you enjoyed the first part of the track, catch your breath during the break and let the second majestic and intense wave invade you, then the long Heirs of the Descent comes to close the album. Quite haunting, the composition does not lose sharp elements placed on a fast-paced tempo while placing Black Metal elements, then it becomes very weighing and oppressive before ending on quieter sonorities.

Inferi perfectly embodies the meeting of technicality, melodicity and violence. Each song is perfectly balanced and fluent, creating an incredibly rich universe, in which we want to lose ourselves. Vile Genesis was only born some days ago, but it has everything of a classic!