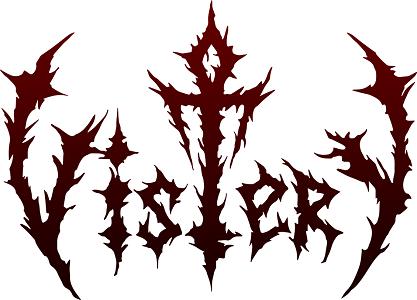 To celebrate its tenth anniversary, Vistery offers a fourth album.

Entitled Doomfall, it was created by Aleksey « Wicked » (guitar, ex-Evil Unleashed), Ivan « Paranoid » (vocals) and Alexander « Soulless » (bass) in Belarus and comes three years after the previous one. We also notice some leads from Anton Smirnov (ex-Like a Gossamer) on several songs. 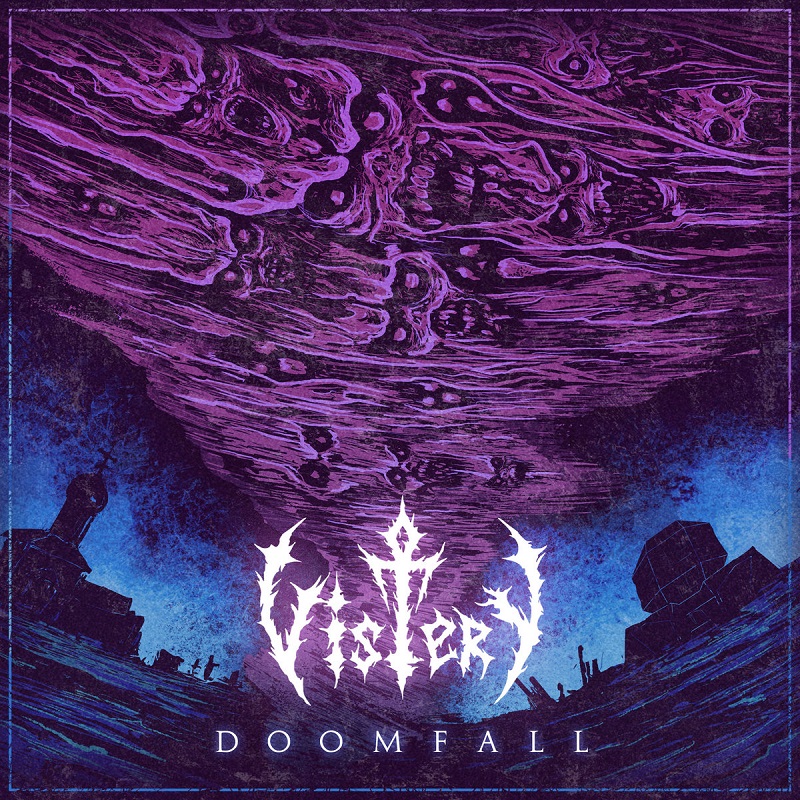 Illustrated like the previous one by Mosaeye (Hellbomb, Autopsy Night, Druknroll, Egor Lappo…) and mixed/masterised by Dmitry Mikulich (Aillion, Vapor Hiemis…), the album begins with Fatalism, an Old School song with catchy groove. Vocals are highlighted in the mix, offering heaviness to those effective riffs, then Possessed comes next. The song is both accessible and heady, it immediately made me nod. The band spreads raw strength and explosive harmonics at the same time before Ossuary, a very straightforward song. Its roots are quite obvious, partly thanks to this rough bass sound, creating a thick universe to which we can hardly escape, and that continues with Undead and its killer moshparts. Heaviness possesses Dominator, a very dark sound, that knows how to accelerate to grab us to the throat before placing piercing harmonics, thenSoul Separator plays on its riffs’ hooking parts with easily memorable vocals to strike. Desolation comes next with raw tones and a morbid groove, created by simple riffs, while Mind Rot will spread once again a rough strength based on pure effectiveness. We continue with hookings harmonics on Deathinfection that are anchored into Old School sonorities, then with the crushing Payday and its bloody harmonics that are integrated to rhythmic and vocals’ brutality. The song is really jerky, creating an additional violence before Echoes of Decay, the last track. The sound melts this obvious aggressivity with an interesting heaviness and ambient blackness, then it suddenly ceases.

Vistery doesn’t forget how to play, and this new album promises aches. Doomfall offers simple but effective compositions, playing on the riffs’ hooking side more than technicality. Old School but well made.