Malignament releases its first album in 2021.

Created in 2019, the band operates as a duo. A first demo is released the same year, then here comes Hypocrisis Absolution. 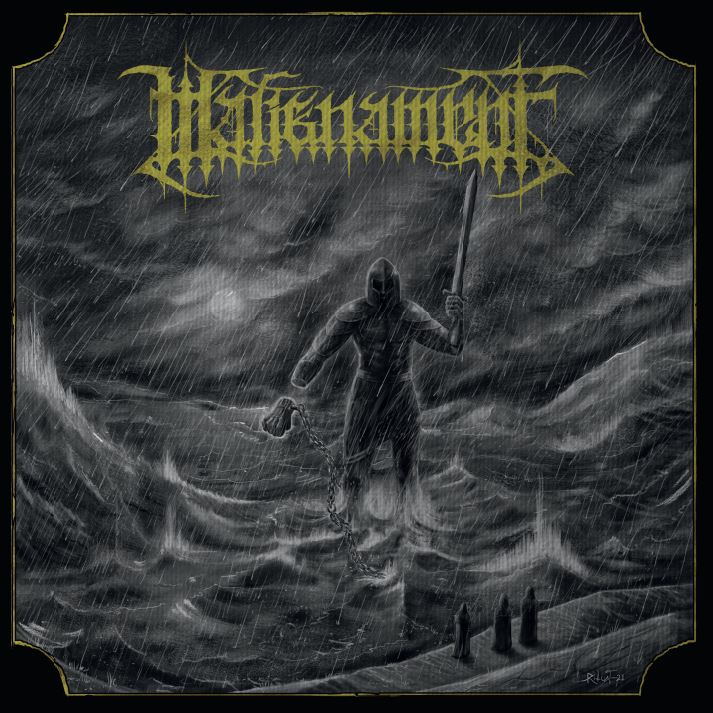 The album is unveiled with an incisive Black Metal on Thunder of Awakening, a first quite raw song that introduces the dark and piercing sound. Vocals go from possessed howlings to more visceral songs, while Call to Arms displays Black/Folk-oriented catchy melodies. The song is still very cold, while offering motivating sonorities, then Like Rats They Followed unveils some deeper and more melancholic tones. The band borrows to Post-Metal and DSBM to enrich this song while giving it deep tones, while Storm And Chaos Within offers a continuous flood of rage and blackness. The song gives birth to Unforgiving North, a more haunting and weighing composition that picks again into dark and cold Folk roots to crush us with this oppressive sound. Melodies possess the band again with Wolf And The Moon, a wild and dark song that offers catchy patterns. The song unveils a storm of sharp harmonics and Pagan melodies, then And The Empires Will Fall reveals haunting tones. The song becomes epic with those visceral howlings and those raw riffs, then Bloodlust and Immortality assaults us with those howlings harmonics supported by raw vocals, unveiling this Old School and interesting aspect of the band.

Malignament can precisely handle Black Metal. Whether it is raw or atmospheric, Hypocrisis Absolution unveils visceral vocals, atmospheric riffs and a weighing rhythmic.