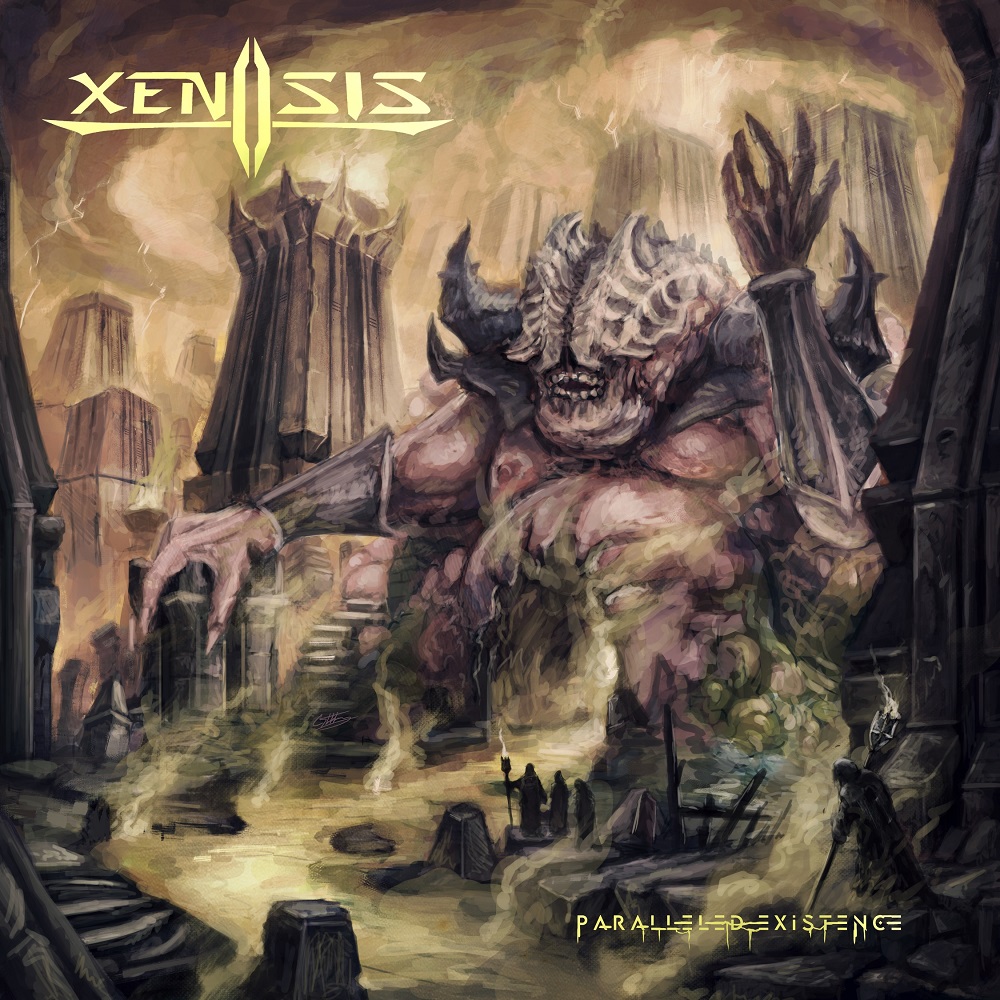 Based on a clever melting of Technical Death Metal and complex Prog elements, the band’s style picks as much into Old School than into modern sounds. Entities Yielded Essence Storage (E.Y.E.S.) is the first example, with this heaviness coupled to worked airy parts, like those guitar breaks and groovy patterns. The band continues to melt rage and technicality on Prophetic Blight, the next track, that offers an intriguing dissonance on this basis of pure but mastered violence. Technical additions are many, just like on Castrato, a sharp composition with high tempo. Bass’ sound perfectly competes with guitar, and both fly while drums assault us before the long Amorphous Conquerors. The tempo sometimes slows down, but the band sticks to this complex and powerful melting, placing some unexpected elements, like effects on vocals, or moshparts before a long solo. The composition offers a dark but quiet part, then Jenkem Overdose comes to flood us with dissonance before striking with hooking tones. The song still offers dancing jerks to create a contrast with airy elements, while Skin of the Dead wears epic tones to go with its rhythmic’s raw strength and energy, but there are still some complex harmonics. Personification of the Unconscious comes next with an instant rage explosion that turns to a fight between violence and musicianship, exploring all the faces of the band’s musical personality, then Dimension Oppressor crushes us one last time under its worrying groove before calling again the rhythmic’s strength.

Between complexity and raw energy, Xenosis sharpens its riffs. Paralleled Existence know to develop heady and mastered harmonics as much as a groovy and heavy rhythmic, creating a controlled vortex of rage.