Barely more than one year after their previous album, Matt Heafy (vocals/guitar), Corey Beaulieu (guitar/vocals), Paolo Gregoletto (bass/vocals) and Alex Bent (drums, Dragonlord, ex-Arkaik, ex-Battlecross…) are back with In The Court Of The Dragon, their tenth album, to continue their musical evolution began in 1999. 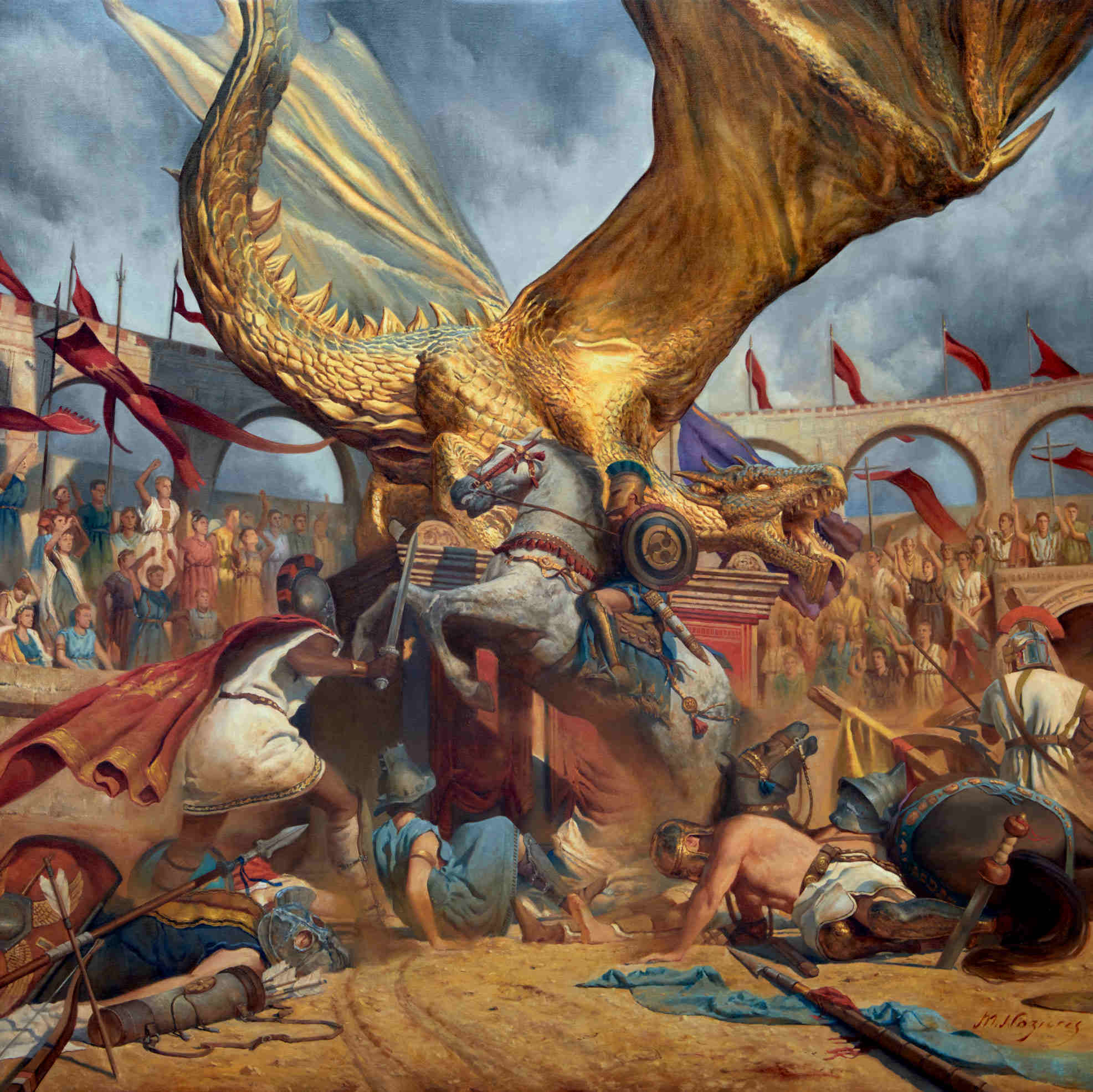 We begin with X, an introduction composed by Ihsahn with mystical and mysterious sonorities that progress until a roar before In The Court Of The Dragon, the eponymous composition. The band’s raw energy meets a hooking groove on which musicians add harmonics and howlings. Aggressiveness will not decrease, even during clean vocals parts, that perfectly represent the artwork by the french artist Mathieu Nozieres, then Like A Sword Of Damocles falls upon us with the same raw strength. Majestic sonorities sometimes come to join the band’s effective riffs, which are sometimes heavy, sometimes softer, just like Feast of Fire, that offers a hooking rhythmic. Bass offers once again a mysterious sound, strengthened by sharp guitars, and we feel this burning rage all along the song, like on A Crisis of Revelation and its fierce Thrash influences. Choruses are softer, then the break will weigh the sound down, while the introduction of The Shadow of the Abattoir offers very airy sonorities. Prog influences are very present on this song, that still unveils some more energetic parts before leading us straight to the arena with this explosive groove. No Way Back Just Through reconnects with pure aggressiveness from the beginning without forgetting melodic and Heavy influences, and this very effective melting promises epic live shows, like Fall Into Your Hands. The song also reconnects with riffs that touch on the first albums, where rage drove musicians, but more recent influences come to slow the fury down on this long song that allows to place piercing leads or catchy progressions. From Dawn to Decadence melts the band’s roots with their very own touch of musicianship for a short but intense moment between fastness and effectiveness, then The Phalanx comes to close the album with a weighing but controlled ambience that uses all the musicians’ capacities, as well about the changing but still coherent instrumental part, as on vocals.

Trivium has nothing to prove anymore, but the band still reinvents itself. While their previous full-length explored quieter and more melodic territories, In The Court Of The Dragon reconnects with the rage that marked their beginnings, while integrating it to their newer influences. And it’s still extremely hooking and interesting.