Created in the United States in 2003 by Max Johnson (guitar/bass/keys), they release a first demo in 2005 then they did not give a sign of life. In 2015, John Kerr (batterie/chant, Marsh Dweller, Pyrithe…) joins for the release of their first EP. After Shalin Shah (basse, Protolith, ex-In Human Form) joined, musicians work on Illusions in the Wake, their first album. 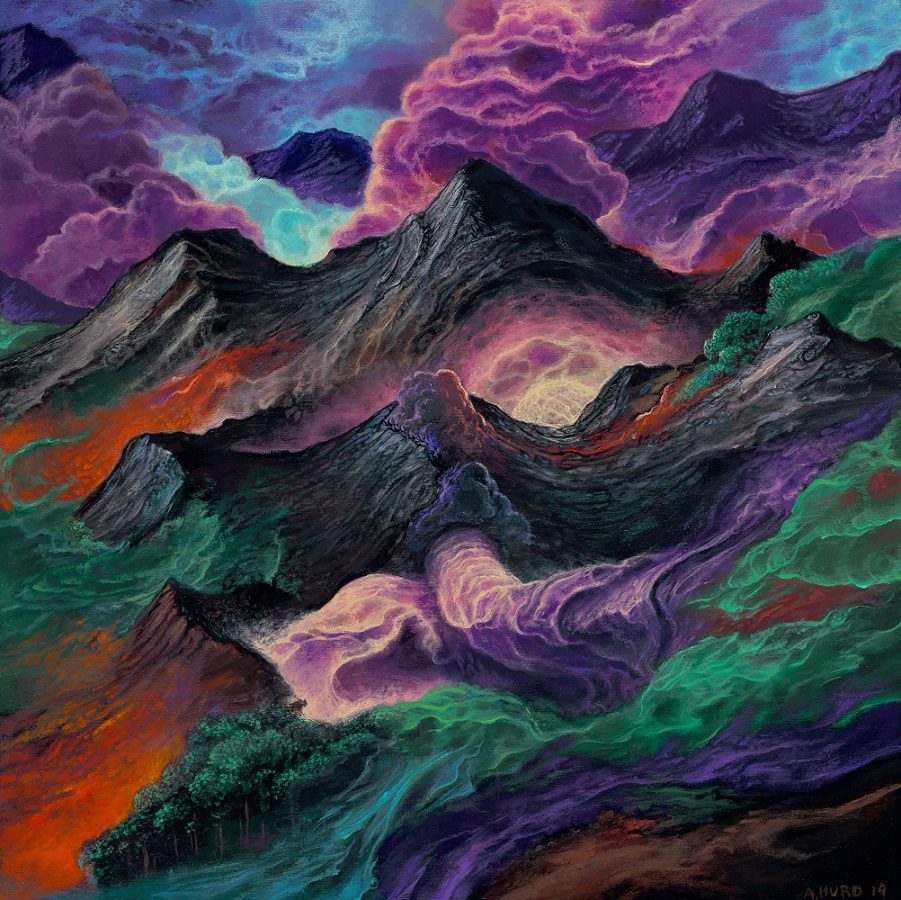 We begin with some waves on Figment, a song that quickly calls Black Metal’s dissonance while creating a both appeasing and weighing atmosphere. Harmonics easily fly around us, creating a mesmerizing vortex before the clean break, but saturation does not late to slowly awake to bring heaviness. The sound gives birth to Illusions In The Wake, a song with sharp and present melodies, that slowly mesmerizes us, then it suddenly explodes. We have some melodic Prog influences, above all during long lead parts, like on Beneath the Dreaming Blue and its heady melody that lets the rhythm part and howlings an important place. The song will become heavier and heavier until it creates a true unfurling wave that will only gets quieter with Submerged, a soft and airy interlude, that drives us to Ruse. Blackness immediately surfaces again, and it also surrounds us with as impressive as melodic and heady riffs, surmounted by visceral howlings and some majestic howlings. On Shores of Glass comes to close this album with an instrumental composition that is once again very progressive but also very melodic, and only strengthened this ice-cold and seizing ambience.

Noltem’s universe can be hard to approach, due to its coldness. But allow a chance to the first song from Illusions in the Wake, that introduces one by one a majestic, pure and airy Atmospheric Black Metal elements.