Thirty years of career and a fifteenth album for Cradle of Filth. 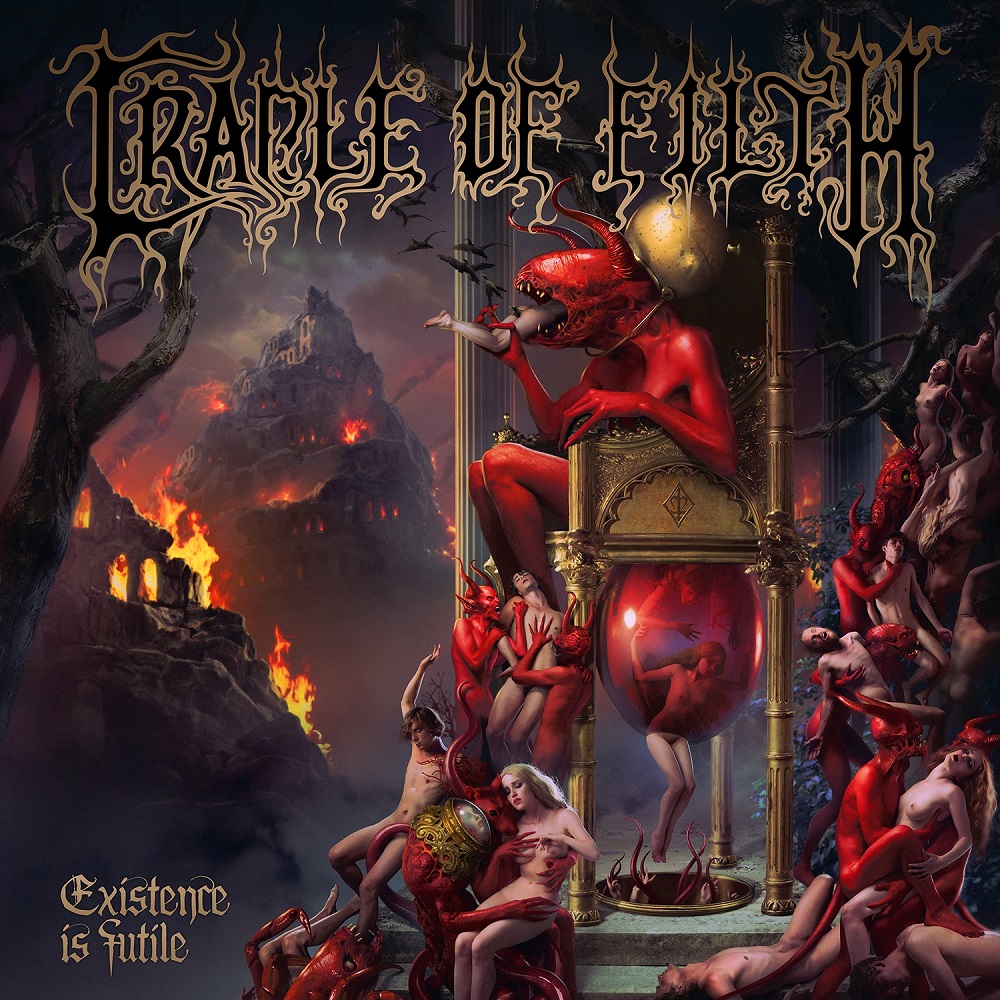 The album begins with The Fate Of The World On Our Shoulders, a both majestic and dark introduction that quickly introduces new female vocals, then it drives to Existential Terror. If you know the band, you know what to expect: a melting of Black Metal, Gothic Metal and this so special voice only Dani Filth masters, and that gives the band its own touch. Orchestrations and choirs are still present, just like the dark melodies we also find on Necromantic Fantasies, a majestic composition that reminds us old memories. Whether riffs are solid, choruses are mesmerizing, creating an addictive contrast that continues on Crawling King Chaos, the song they chose to unveil the album. Blast, orchestrations, oppressive ambience, possessed howlings and a dark wave of sound, everything is made to announce a heady chorus, then the pressure decreases on the hypnotic Black Smoke Curling From The Lips Of War, a composition that cleverly melts infernal quietness and majestic influences, but also increase tempo with fast-paced riffs supported by Anabelle’s voice, which can be firm. Discourse Between A Man And His Soul offers haunting, weighing and very deep tones, unveiling a landscape to welcome soaring melodies, then The Dying Of The Embers offers a more energetic tempo and influences between Heavy and Black Metal duality. The song unveils epic elements and dissonant parts, then Ashen Mortality spreads a new respite with majestic accents. How Many Tears To Nurture A Rose quickly reconnects with this dissonant melancholy, but also with an obvious energi linked to the fast-paced tempo, then Suffer Our Dominion offers us crushing tones again. Sampled voices talk to us before being interrupted by the rhythmic, that gets progressively strengthened. The band cultivates mystery while bringing hooking elements, then Us, Dark, Invincible comes to close the album with a majestic sound. The song also offers occult tones and orchestrations that give this seizing Old School basis a dark and hypnotic range until the very last moment.

Despite line-up changes, Cradle Of Filth stays true to its wandering soul. The band’s sound is still as powerful and contrasted on Existence Is Futile as it could have been before, creating a dark, morbid but however majestic sound made by its different influences.