Parlor is back with a new EP.

Since 2016, the band composed of Arthur Leparc (vocals), Yann Desti (guitar), Boris Patchinsky (bass) and Guillaume Quincy (drums) evolves between chaos and Hardcore. After a demo in 2017 then an album in 2018, here is Comments, expected to be Post-oriented. 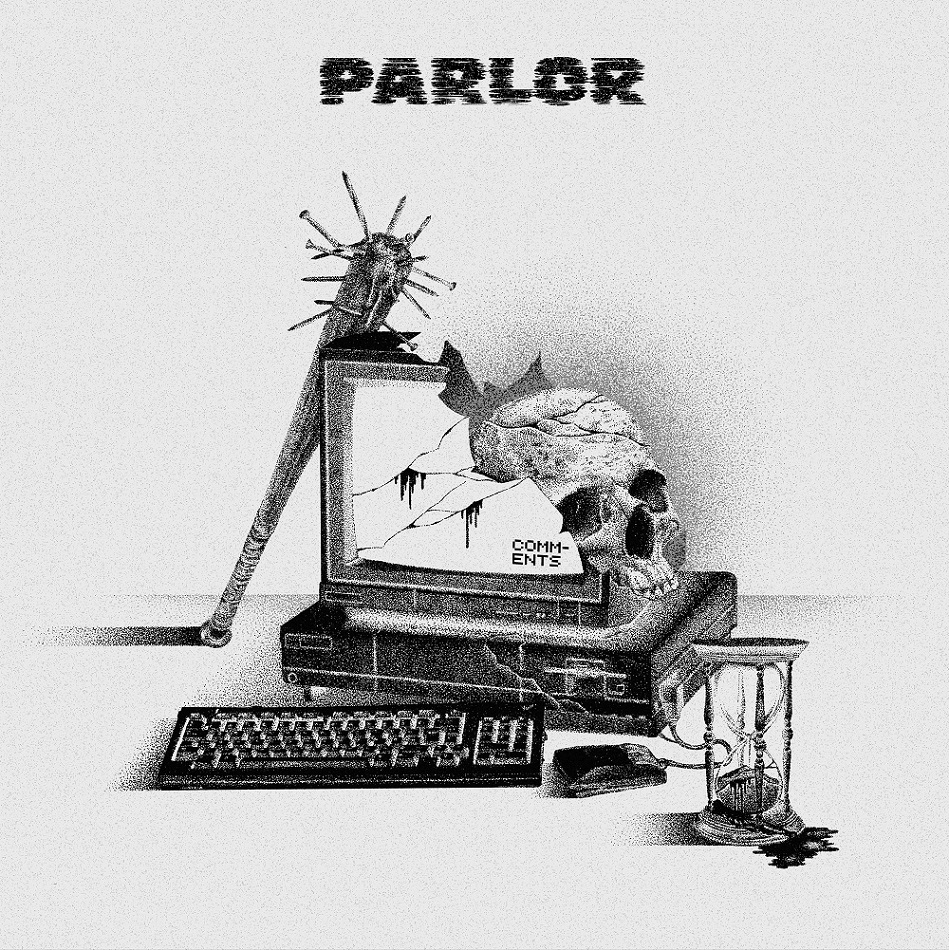 We begin with Dive Into Motion and its introductive minitel noise to go to abrasive riffs, that are burdened until they become oppressive. Raw howlings and dissonance join the melting, creating a haunting tornado of rage, giving birth to the energetic Instacat and its videoclip that reminds us some disturbing reality. The song approaches with aggressive riffs the life and its abuses on a well-known social media, offering a hooking unhealthy groove, then Comments, the eponymous composition, unveils technicality hints to walk with rage, as well as some madness. But the song is really short, just like Fighting The Blue, an expeditive track with fast and explosive riffs. Post-Hardcore influences are more unveiled with those piercing leads, while Q&A offers an airy side of this grinding and impetuous music. The quietness will not late a lot, because some more energetic patterns come to darken this clean voice to eventually reconnect with those aggressive tones on the final, before Pervitine spreads a fix of complex and stunning riffs. The sound will be appeased again during a short period, offering airy sonorities, then some more mystical accents make us soar before pure violence surfaces again. But once again, the storm won’t late, because it lets place to a new airy calmness, and to the final sample.

Parlor still feeds chaos, but the band also masters it. Comments knows to be haunting, raw, soaring or aggressive according to songs, proving the band stays true to its roots while picking into other influences, close to Post-Hardcore.