Windfaerer offers a fourth album to celebrate its fifteen birthday. 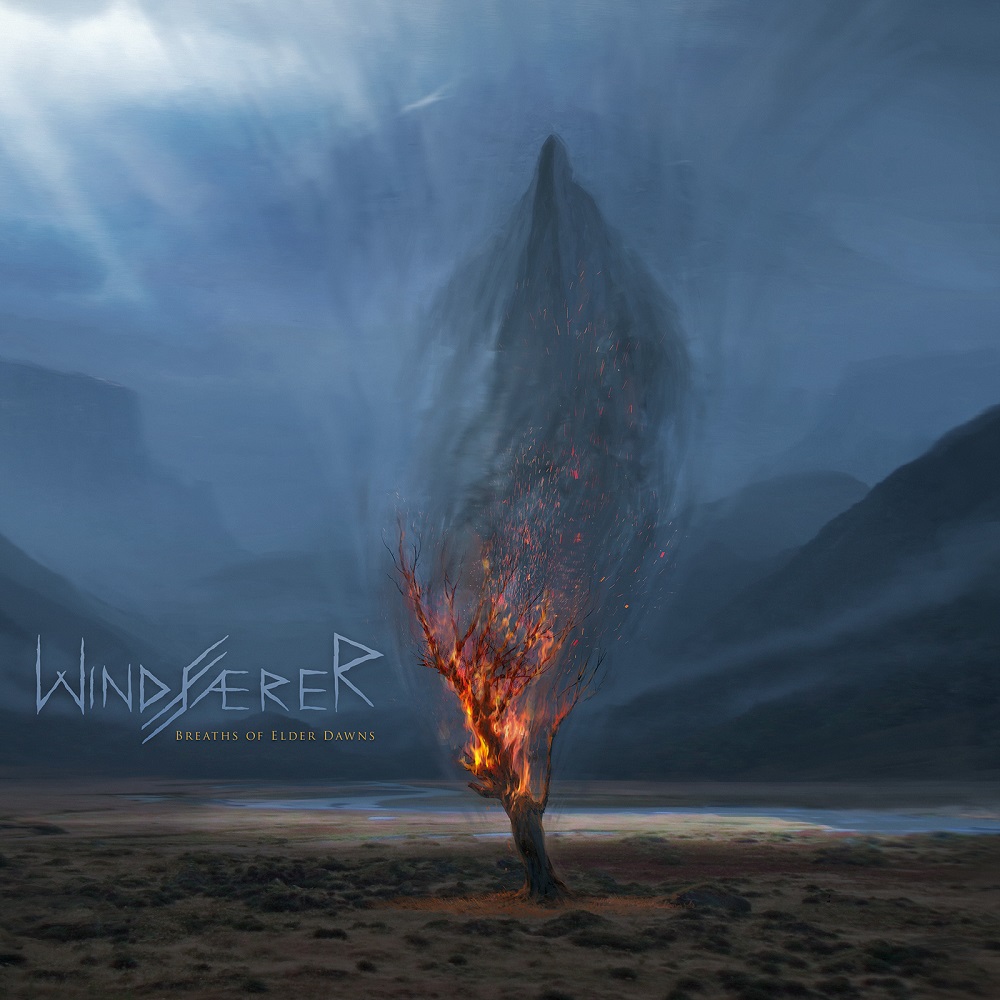 Even quite melancholic, the band’s sound is really energetic, and has a fast-paced tempo, as we can immediately hear on Oxala?, a song that infuses its Atmospheric Black Metal with seizing Folk roots. The sound is majestic, cold, and some backing vocals slip into the solid rhythmic, then Depletion comes to spread its melancholy and airy tones, supported by Folk instruments. Even if the song is long, it allows us to be lulled by this raw and seizing song, that does not hesitate to slow down to offer haunting harmonics or in opposite to accelerate to unveil all its rage. From the communion on the break reborns the flame, then A Forbidden Path lets us breathe in company of a short but heady melody, while the band draws from Post-Black influences for Into the Mist. The song is absorbing, offering a very raw sound linked to airy leads and wild vocals, but the intense contrast drives us right to the dissonant Astral Tears. Even if it is a bit shorter, the song still melts an ice-cold sound with majestic and pagan influences, topped by crude howlings that make the rhythmic explode before Starcrossed. A bagpipe makes us enter this wonderful devastated landscape described by howlings and sublimated by transcending leads where times seems to be stopped, because Orchard allows us to breathe with soaring tones. But quietness won’t last, because the sound becomes darker until Longing to Ascend, a softer composition, at least on the first part. The acceleration gives another dynamic to the song, that becomes darker, then heady sonorities carry us until this strange final before Entombed in Glacial Waves comes to flood us. Once again, the band offers an impressive sound that picks into Black/Folk roots, as well as into several grim influences to beautifully close the album.

To be honest, I knew and expected nothing from Windfaerer. But with Breaths of Elder Dawns, I discovered an ice-cold, seizing and intense universe, rooted as much into an airy and Old School Black Metal as into serious and timeless Folk. Just listen to it.