Churchburn celebrates its tenth year with a third album. 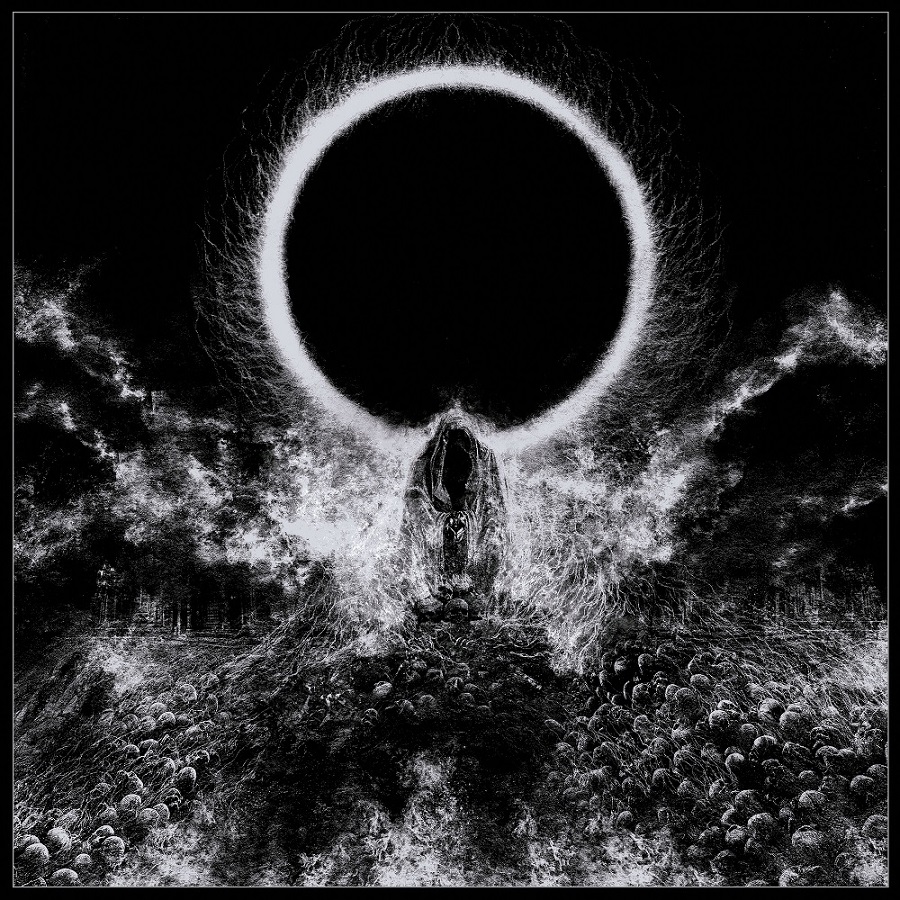 The album begins on dark and worrying sonorities of Toll Of Annihilation, a short but dissonant introduction that drops us over Genocidal Rite after a bell sound. Slowness, oppression and blackness immediately crush us while howlings in the background bring a nearly esoteric dimension. The sound suddenly ends, then it comes back after some clean-sounding notes, welcoming epic leads to accompany the dark mass and warlike strikes, then the tempo accelerates for Swallowed By Dust. The sound is still as dirty, creating a contrast with airy leads, then rage fades away again, before letting the ashes intensify over a slow rhythmic. The ambience is still as suffocating, even when the tempo accelerates before letting place to the soft Unmendable Absence. Four minutes of appeasing sonorities, soaring notes and clean tones before Scarred comes to annihilate everything with its dirty distorsion, its cursed howlings and its weighing riffs. The previous song’s ambience surfaces again in the middle of the song to give birth to an airy lead while the rhythmic bounces back, hammering us until it lets place to Sin Of Angels. John McEntee (Incantation, Beast of Revelation, ex-Mortician, ex-Funerus) joins his raw howlings to the vocalist’s ones, while giving the song a greasy Death/Doom touch, and it will also wear some epic tones after a brief respite. The steamroller slowly fades away while offering mystical influences on the final, leaving an aura of mystery.

Churchburn’s comeback is anchored into dirt and blackness. Even a bit short, the band confirms with Genocidal Rite its place into the scene, while sometimes drawing from Death/Doom to increase its suffocating sounds.