Skepticism celebrates its thirty years of career with a sixth album.

Since 1991, the finnish band is considered as one of Funeral Doom’s pioneers. And since 1991, Matti Tilaeus (vocals), Eero Pöyry (keyboards), Jani Kekarainen (guitar) and Lasse Pelkonen (drums) stick to their job. Accompanied on stage by Timo Sitomaniemi (guitare), the band unveils us Companion. 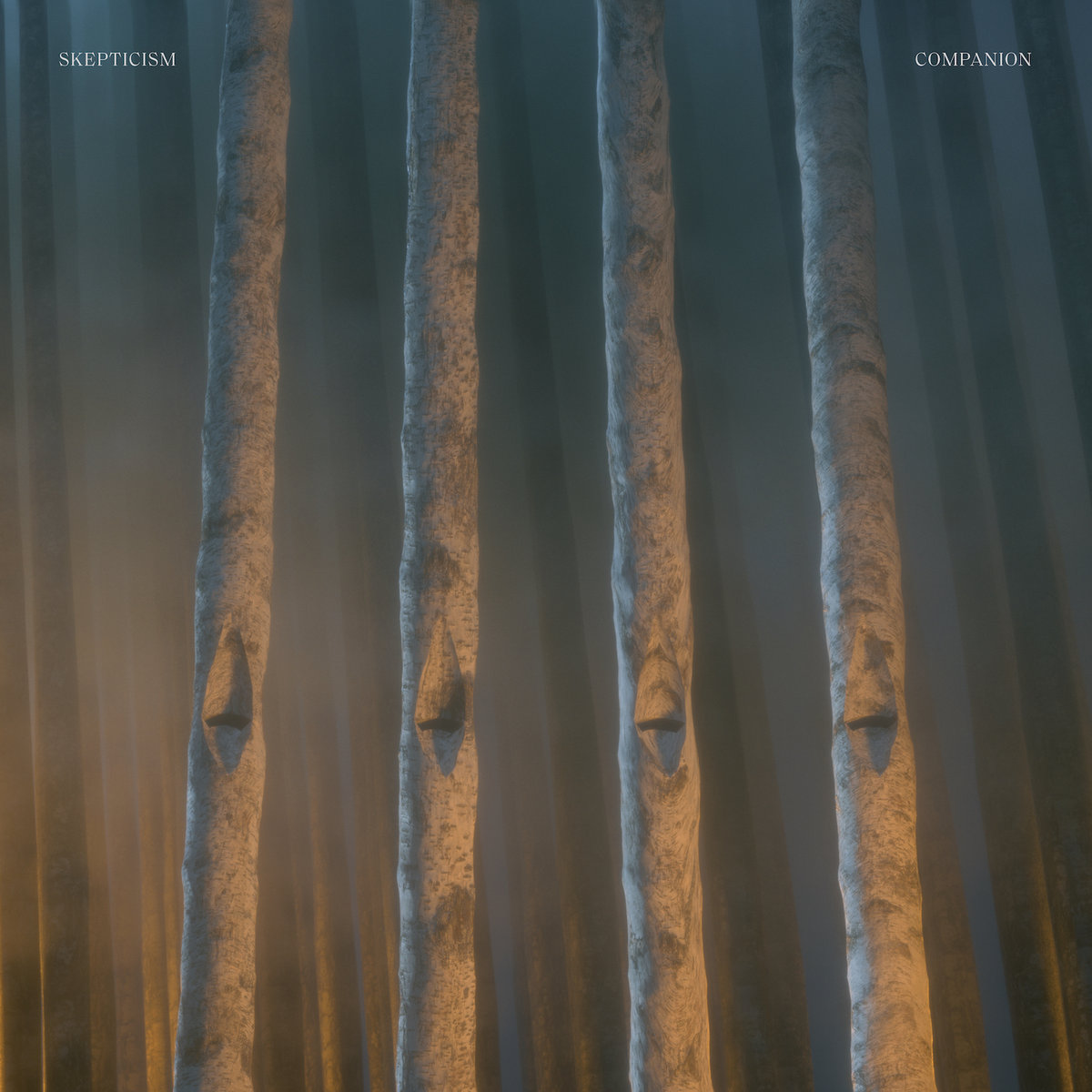 Calla opens this album with a majestic sound on which solid howlings alight, taking advantage of very demonstrative keyboards to embellish weighing leads. The very uniform tempo created an audible fog that shrouds us before The Intertwined makes us suffocate while slowing the rhythmic down. Saturation sometimes abandon us to let oppression naturally increase before reconnecting with this magnificent heaviness. Keyboards sometimes offer worrying tones that wonderfully fit to the saturated parts, then The March of the Four slows the tempo down again. Oppression is strengthened, just like the song’s majestic aspect that mainly uses tritons on leads, but also more present keyboards that add this symphonic dimension. The contrast with the raw rhythmic builds naturally, and the song’s length allows it to peacefully walk through ambiences before Passage and its dissonance that comes near from Black Metal. The first words are very oppressive, then the black rhythmic moves forwards with technicality hints while clinging to deep vocals. The Inevitable offers a quite soft introduction that turns into raw, prominent and dissonant rhythmic to welcome dark vocals and quiet orchestrations before The Swan and the Raven. This last composition begins into darkness and mystery before unveiling those cavernous howlings, then we feel intensity nearly imperceptibly increase, before offering once again majestic sonorities that gracefully fade out.

Skepticism’s comeback is an excellent thing. Even if the band offered several years of silence between some shows, Companion sounds like a new era between Old School roots and modernity. But you will need more than one listening session to fully understand it.