Darkwoods My Betrothed reborn from its ashes. 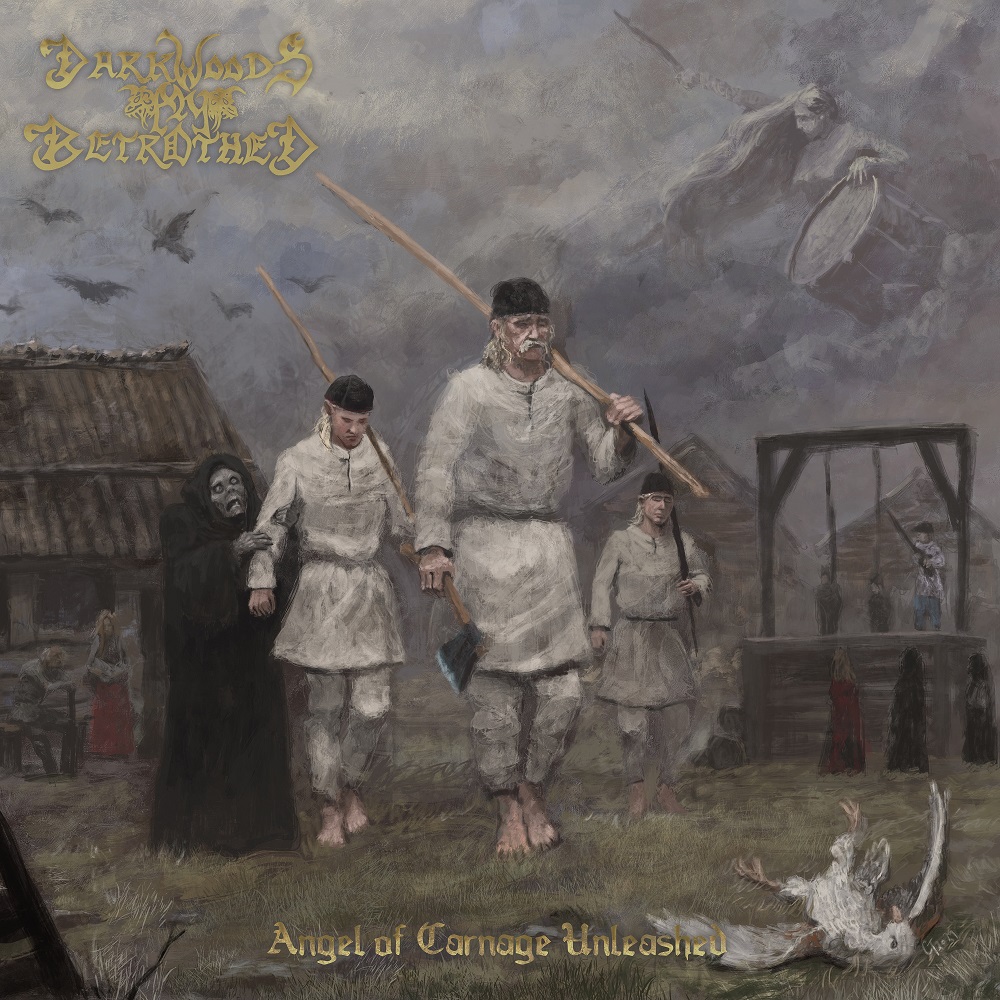 We begin with Name the Dead, a song with a solemn introduction that immediately drives us to a visceral and raw blackness, with majestic parts. The melting keeps this Old School unhealthy and raucous touch while offering martial parts, while we have a worrying progression on In Evil, Sickness, and in Grief, before a dark explosion. The ice-cold rhythmic literally crushes us, then some parts wear sumptuous or frightening orchestrations, while the ambience slowly turns into horror and anguish under a dissonant and appeasing slower sound. Some Pagan influences can be heard on Murktide and Midnight Sun and its heady clean vocals, offering a totally different but catchy universe, but coldness surfaces again on You Bitter Source of Sorrow, a composition that clearly smells hatred. Orchestrations and keyboards come to soften the unhealthy rage that rule over the whole song while giving it airy tones, while Where We Dwell unveils rawer and darker harmonics. Aggressiveness barely slows down for some weighing parts, then it immediately comes back with a fast-paced blast, while softness is mandatory for the introduction of In Thrall to Ironskull’s Heart. Even if the sound is appeasing, it won’t late to reconnect with Pagan/Folk sonorities, creating a groovy sound driven by catchy influences with hypnotic leads, then Massacre reconnects with blackness and rage. Whether the rhythmic picks into the most Old School Black Metal, some vocal parts draw from visceral and disturbing DSBM, enhanced by worrying orchestrations. Black Fog and Poison Wind comes next with an as dirty and oppressive as majestic sound on some parts. Visceral influences recover on the final part, creating an impressive contrast before this dark and epic outro that allows us to softly get out of the band’s universe.

Darkwoods My Betrothed decided to strike a blow for its great comeback. The sound of Angel of Carnage Unleashed only differs from the previous songs: even if the mix is slightly more modern, the band is still rooted into Old School tones, also offering two surges into Black/Pagan universe.