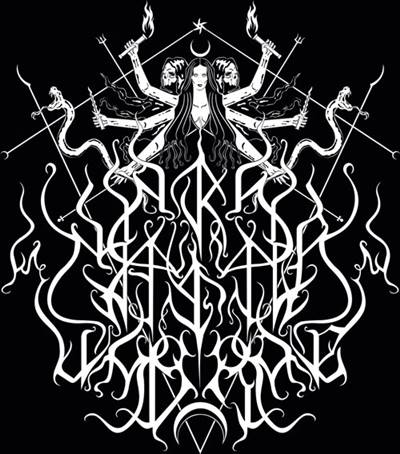 Ars Magna Umbrae adds an album to its dark art.

With Throne Between Worlds, the third album, K.M. (all instruments/vocals, ex-Cultum Interitum) looks forward to making its universe created in 2017 in Poland grow. 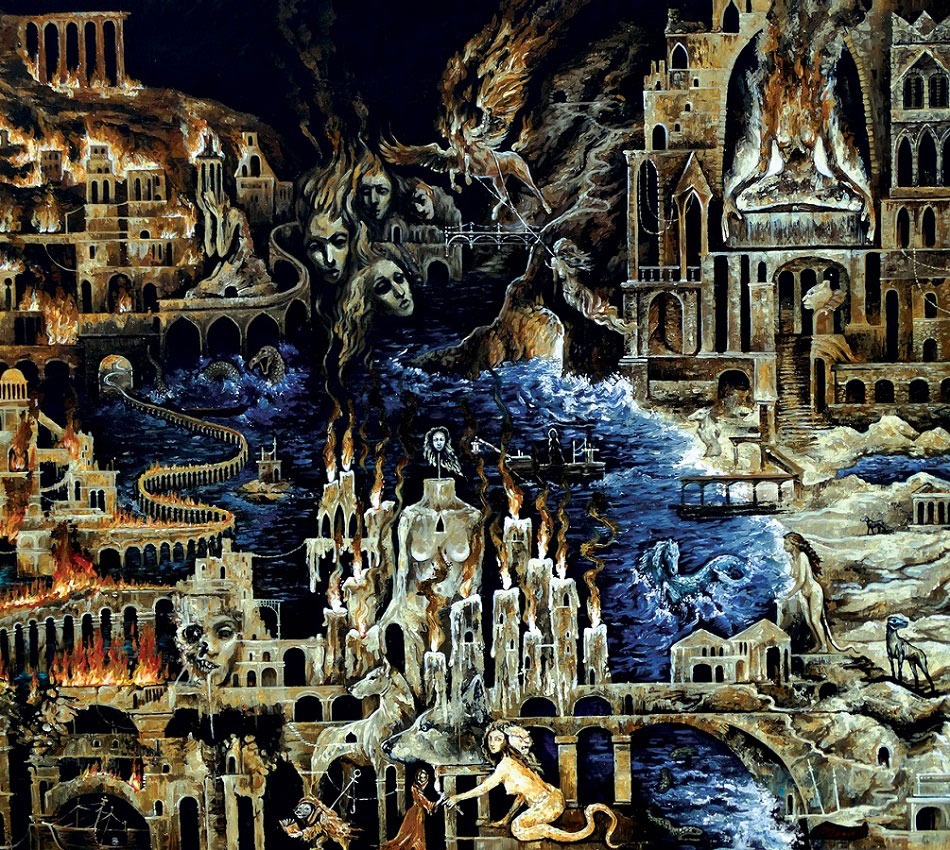 With those six songs illustrated by Dhomth (who also did the previous artwork, but also art for Esoctrilihum, Cult of Fire…), Ars Magna Umbrae will drive us to the realm of darkness. Into Waters of the Underworld is immediately very oppressive and dissonant, but we quickly realise whispers are worse than the saturated rhythmic. Some mystical leads join the sound before Consecrating the Shrine of Undoing comes with increasing heaviness and blackness. The climax seems to be reached with grunts before the clean-sounding break, but it unveils strange airy tones that light the flame again. Beyond the Stellar Gates is more raw, more chaotic and more airy at the same time, unveiling parts borrowed from Post-Black, like those harmonics creating an impressive contrast compared to this crushing rhythmic, then Treader on the Dreamless Path makes us sink into pure blackness after mesmerizing us. The difference between this soft introduction and this massive rhythmic is both seizing and weighing, but the song is quite short and it allows us to be flooded by dissonance’s comeback, while Throne Between Worlds, the eponymous song, slowly initiates us to this invasive and occult blackness. No words, only a dark sound that slithers and that will slowly drive us to this as mystical final, then the long Metempsychosis (Transmigration of the Soul) closes the album. Its length allows it to alternate burning parts and gentle quietness, creating a heady duality that will last all along this esoteric song, before ending with the mists of a final that slowly fades away.

Ars Magna Umbrae always knew to handle blackness, but the project moves along. With Throne Between Worlds, we have those aggressive raw parts, those heady lulls and this hooking contrast, but we mainly have an (im)pure sincerity, which is a proof of quality.