Diablation introduces us to its first album. 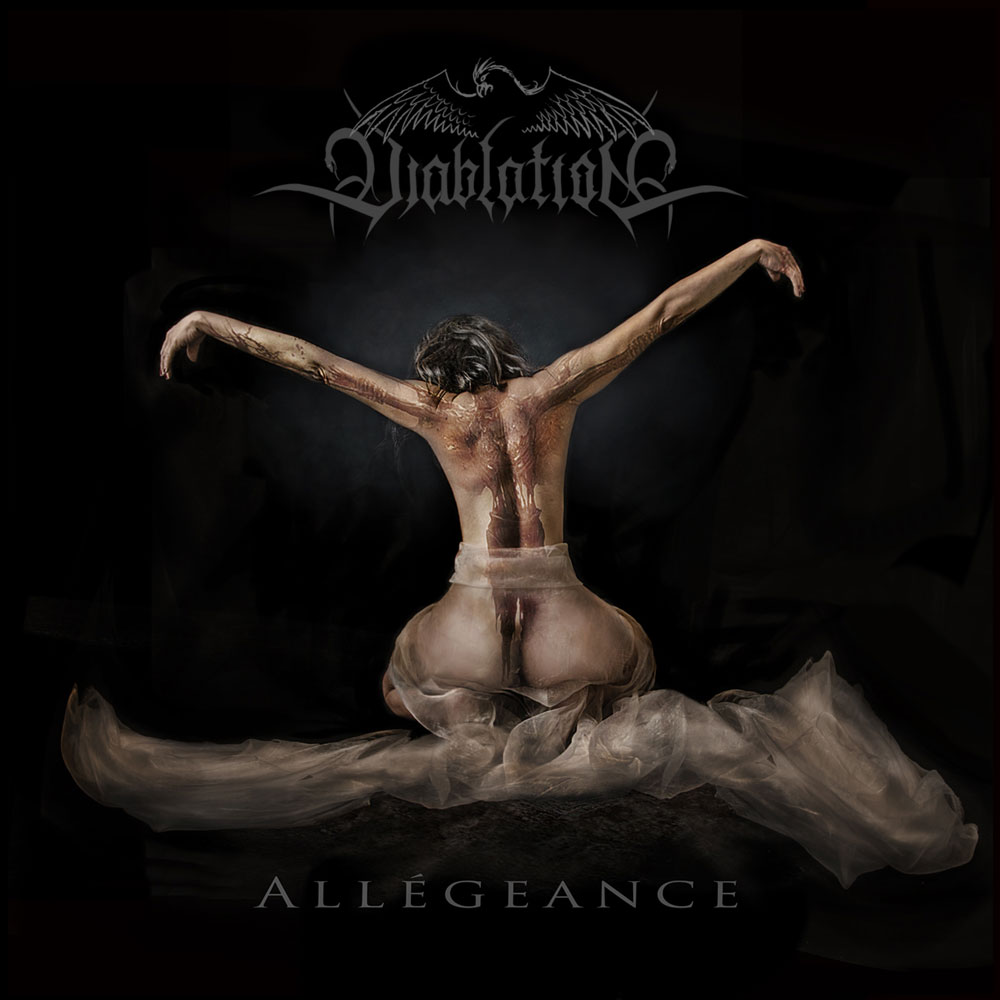 Invictus, the first song, opens up the gates of this unhealthy universe with demonic french vocals, then Aigle du Mal, Aigle de Sang grabs us by the throat with a so dirty and so raw sound, picking into Old School roots while unveiling majestic and weighing tones. Lyrics are perfectly served by intense screamed vocals and supported by some backing vocals, then Des Ruines de la Solitude Éternel unveils a heady melancholy. Melodic leads melt to the thick rhythmic and and those dissonant harmonics, offering an additional weight to the stabbing lyrics that haunt us before Ego Daemonium, a song on which we welcome Hreidmarr (Baise Ma Hache, Glaciation, The CNK, ex-Anorexia Nervosa). A wild rhythmic spawns under raw and expressive howlings, creating this flood of blackness completed by theatrical parts before furor comes back, like on La Noirceur des Limbes. Whether the first half of the song is very aggressive and sharp, the break calms the sound down before putting it on fire again, creating a contrast with agitated darkness, unveiling more haunting sonorities with L’Ordre Hermétique des Âmes Noire. Melancholic tones live in this dark cloud with majestic ambiences and weighing samples, feeding the oppression. Lyrics repeat themselves before the rhythmic assaults us again, then Éloge du Mysticisme Impérieux offers a soft introduction before unveiling haunting riffs. The vocal melting between screams and heady words comes out to be very effective before soaring melodies coupled to those french tones, then La Nuit Obscure de l’Âme partie 1 comes to surround us with a veil of darkness. The weighing and majestic rhythmic serves as a basis to those raw and demonstrative vocals, animating mystic tones while walking with us to La Nuit Obscure de l’Âme partie 2 and its more directive accents. The song is more straightforward but also more ambient, creating a perfect atmosphere for necromancy and clean choirs before progressively fading away on this soaring final.