Shady Glimpse is back with a fifth album!

The journey begins in 2005 in Japan when Shinya (guitar) dissolves Vaccum. He is quickly joined by Takei (chant), as well as a bass player and a drummer. In 2011, Tomozow (bass) and Nishiyama (drums) joined the band, which offers us Supreme Gift in 2021. 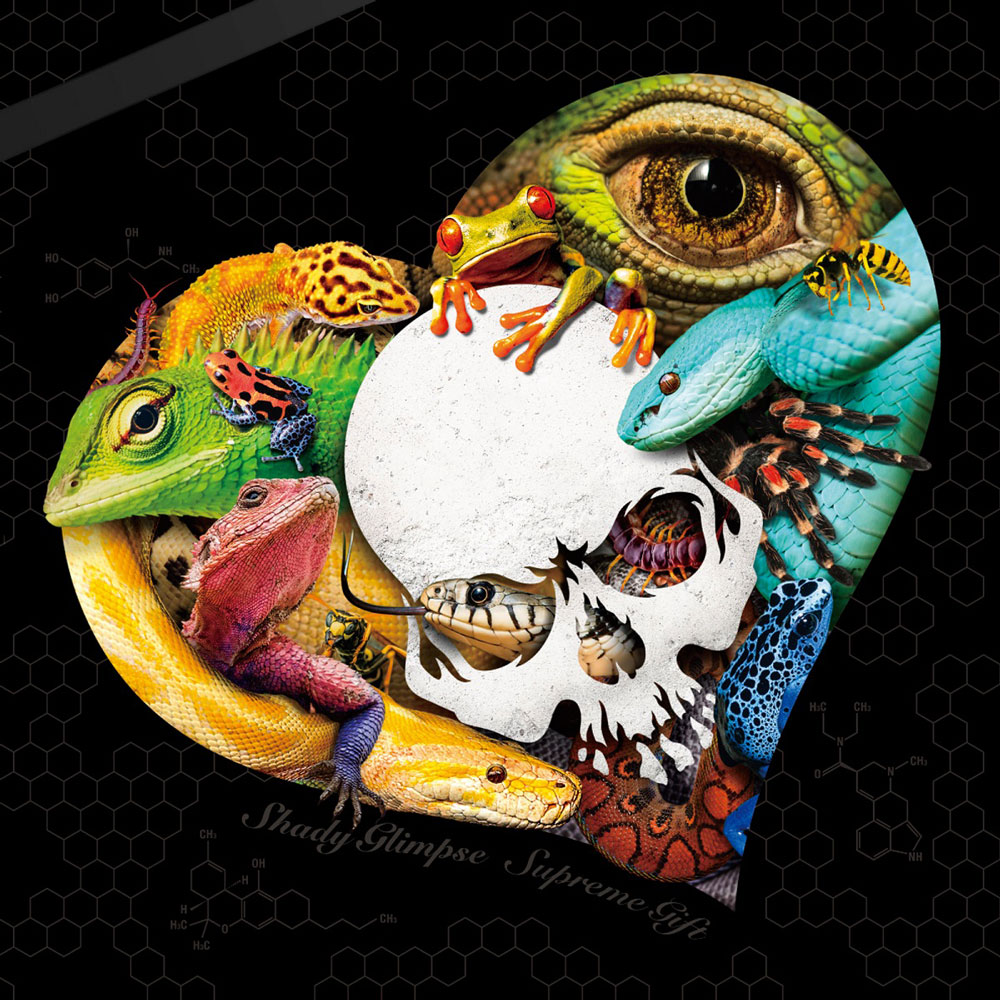 The album begins with THE NEW WORLD, a short track which immediately places us in this Thrash/Crossover ambience, with a worrying intro joined by the energetic of DIOVig-C. Some Hardcore influences slip between howlings and effective riffs, feeding the raw aspect of the song, then S.S.D -system shakedown- unveils Old School roots, melted to the musician’s madness. The song is only pure motivation, which will undoubtedly be loved by crowds, like Solar & Green which increases tempo by picking some abrasive Punk influences. Energy and good mood are contagious, and they drive us to Killing after midnight and its obvious rage. We feel the band draws from several styles to feed howlings and the rhythm part, then leads throw us to SHOCKING! and its hooking accents. Bass also plays an important role into harmonics, then Silver & Gold goes back to pure violence, sometimes traced from Grindcore influences. The solo breaks the rhythm before coming back to fastness, then route56 offers a very inspired instrumental. Leads work out well while the acoustic rhythmic walks with us to Liar’s desire, a composition which reconnects with the band’s Old School roots. Blast turns acts as a basis to jerky and sharp riffs, then Stairway to Stupid melts once again this aggressiveness layer to a part of craziness. The song’s groove announces the catchy ONE NIGHT MAGICIAN, which links dissonance, technicality and an abrasive sound for a short composition before the heady H8!I’m D1 and its hypnotic tapping. Intense melodies are meltes to an energetic rhythmic and to vindictive screams while softening them, then the album ends with G.G blues, the last composition. As its name implies, the longest track of the album unveils unexpected Blues sonorities, Country influences and a joyful clean sound to close the album.

If you’re not afraid to melt styles, Shady Glimpse will convince you. With Supreme Gift, the band continues to melt as influences as possible, whether it is Crossover Thrash, Blues, Grindcore, Speed or even Alternative Metal to forge this one of a kind sound.