KHNVM continues on its way with a second album. 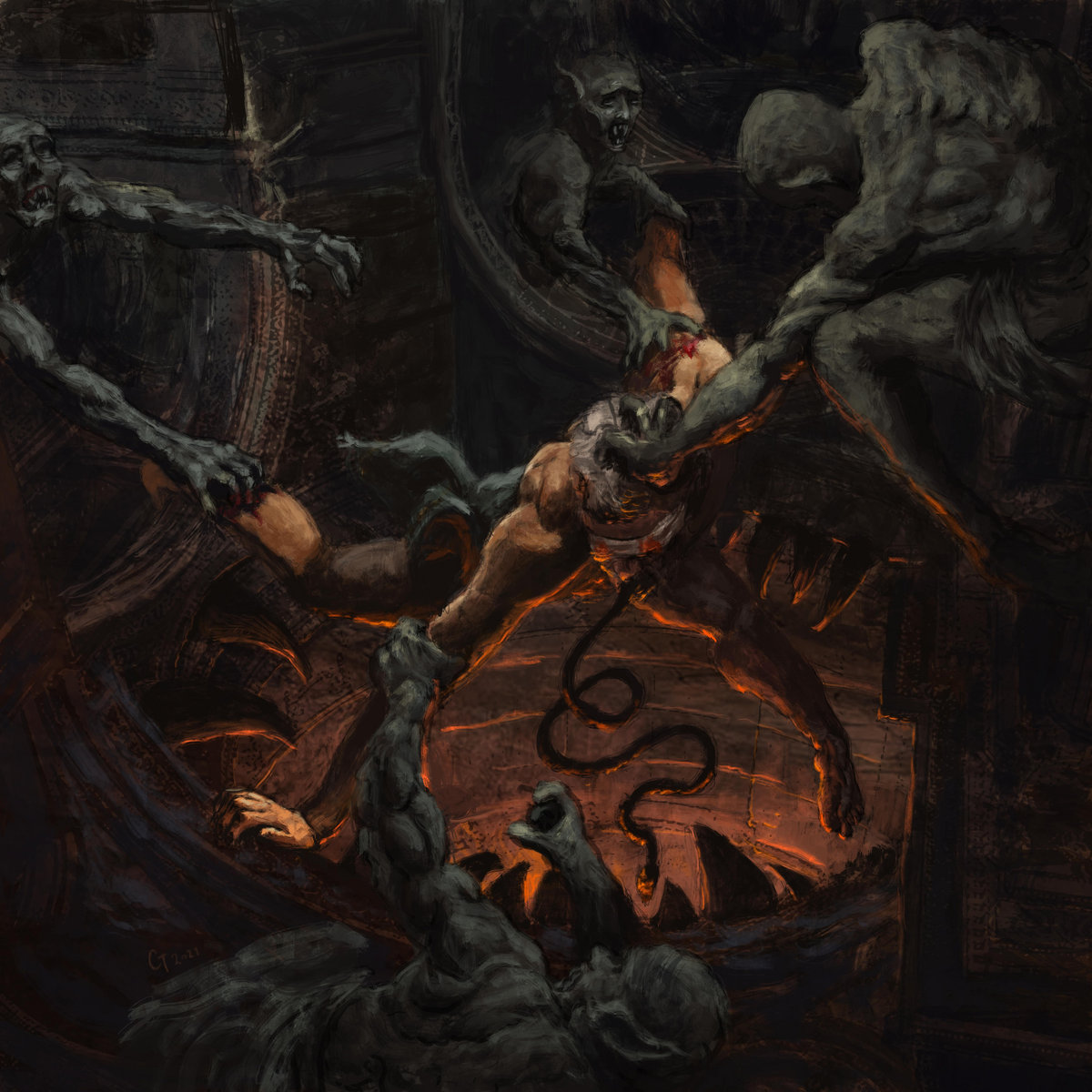 The album begins with ethnic percussions on Ethos Of The Otherly World, an introduction which becomes darker and darker before Portals to Oblivion comes to strike with Death Metal’s strength. Old School riffs with as solid as unhealthy sonorities, sharp leads, putrid vocals and effective patterns, here is what the band offers, while linking it to an obvious rage. The final unveils us heady harmonics, then Heretic Ascension offers worrying sonorities before the rhythmic falls upon us, while coupling its violence with mystical influences. The introduction of Drink From The Chalice Of Suffering unveils a weighing and dissonant sound, then a greasy and groovy rhythmic comes next, using hooking patterns before Baptized By The Father Befouled assaults us with this melting of raw strength and dissonance. The rhythmic slows down to offer greasy Death/Doom influences, then the hellish solo guides us to No Solace, a heady but thick track. The song’s length allows it to place a weighing slowness and more haunting influences between two greasy accelerations, then it’s once again a solo, guiding us to Spectral Chaos, the last song. Unsurprisingly, Old School roots are more than present, unveiling some melting between melancholy and raw strength, while leaving an interesting place to leads, which will accompany us until the end.