After a first EP, Once Upon The End goes to the next step.

Created in 2015 in Paris, the band composed of Paul B. (guitar), Ludovic L. (vocals, Grisi Siknis), Olivier B. (bass), Olivier M. (guitar) and Maxime P. (drums) introduce us to The Next Chapter, its first full-length. 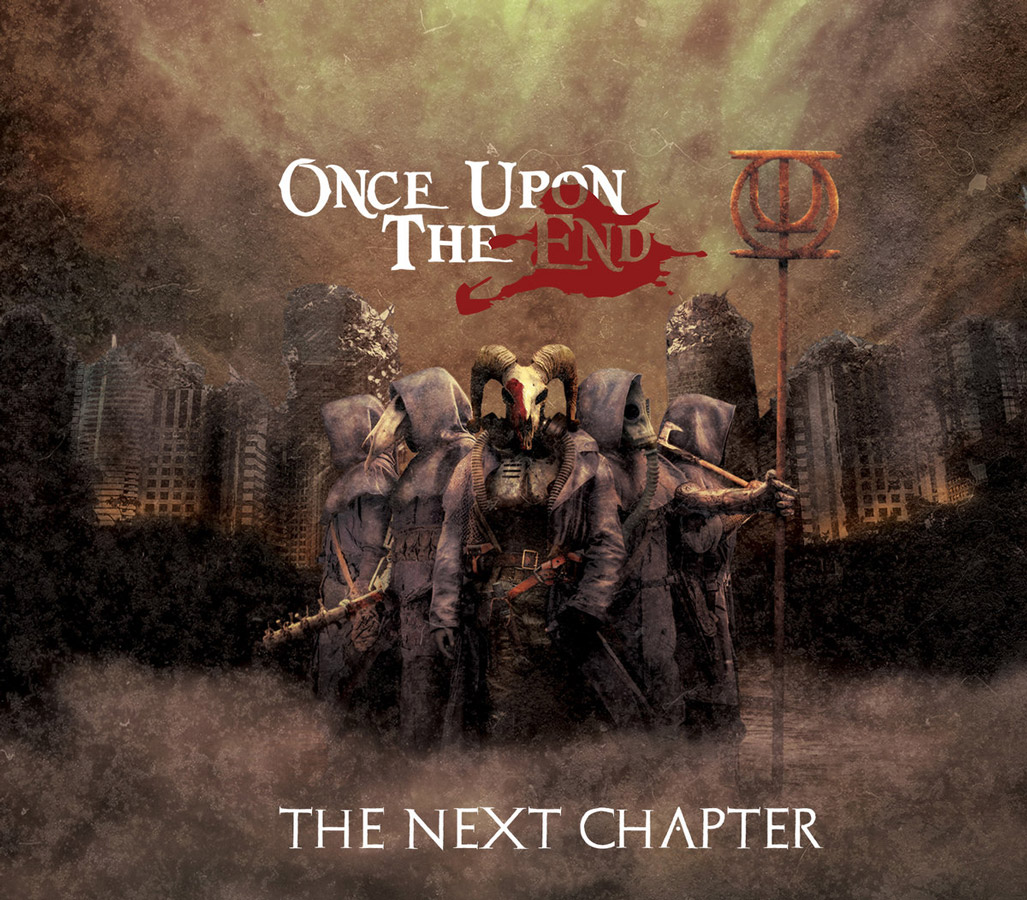 The album begins with Memories In Rust, a melancholic introduction which places Melodic Death Metal roots on the front line, while Overseas unveils some technicality. Tapping gives birth to soaring sonorities which will become aggressive, while placing a weighing blackness into more technical parts, as well as into Old School elements, then Children of Dust places a hooking groove. Quite surprising, especially with this clean and joyful break, the song clearly knows to place Death Metal elements, while Hollow unveils a worrying blackness. Dark tones clearly know to hold the band’s power under warlike tones, then Demons in the Sky unveils soft and heady melodies before going back to effective tapping. The track perfectly knows how to handle both modern and Old School influences, while taking advantage of clean vocals, then Cries of the Voiceless unveils pessimistic tones. The sound gets slowly darkened, then The Flesh Harvest adds heaviness to this oppressive universe, while developing more technical elements. Harmonics wonderfully melt themselves before Ride with the Wind and its raw energy, leaving an important place to vocals, while placing melodic parts. Gloomy tones let place to choirs, while Crimson Dusk unveils soaring Doom influences, creating a contrast with raw violence that gets unchained later with Black Metal accents, then Extinction revives raw roots. The sound also wears a heady dissonance and a motivating groove to close the album into dark and painful tones.

With this first full-length, Once Upon The End affirms its influences and its universe. Old School melodic Death Metal is melted to more modern but sometimes dark influences on The Next Chapter, creating a mouth to other sonorities.