American Deathcore titans Fit For An Autopsy are back for a sixth album. 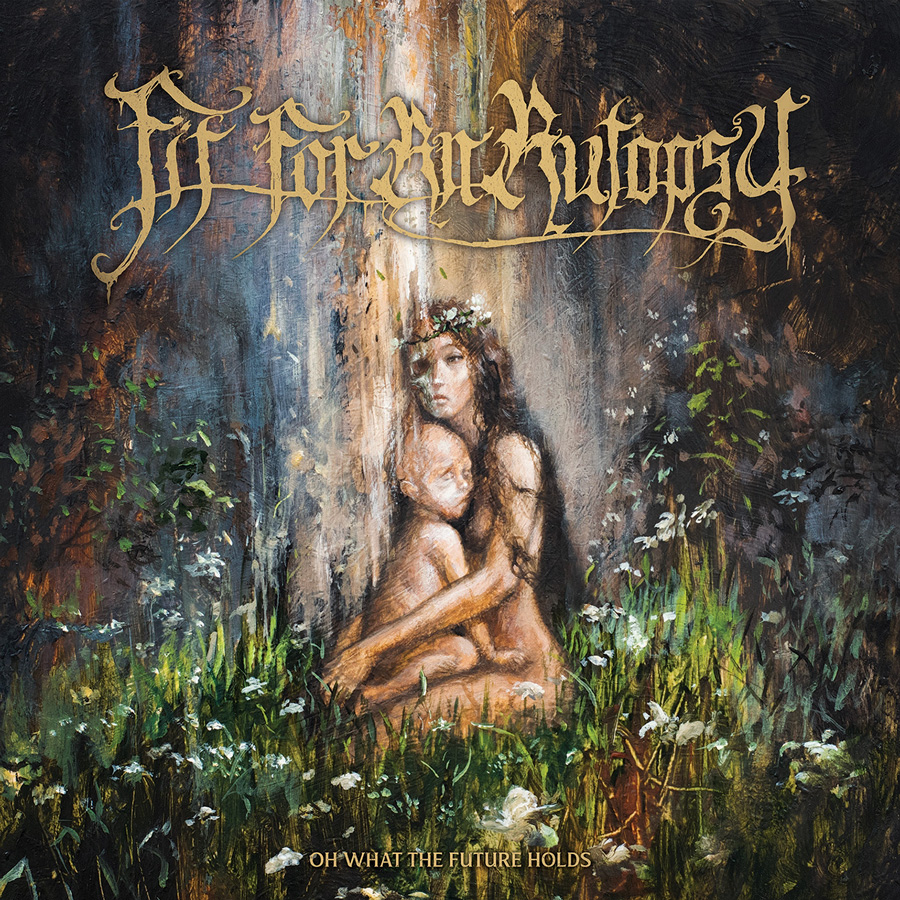 The album begins with Oh What The Future Holds, an introduction that slowly unveils this melancholic but weighing sound before being joined by Deathcore aggressiveness and its raw howlings, then Pandora and its mad harmonics come next. The track combines haunting tones with heaviness and effectiveness, but also very groovy elements before offering softness. Far From Heaven immediately catches us into its nets with hooking riffs with complex Prog tones, but the band does not forget to add a burning touch of rage into those soaring sonorities, then blackness comes to invade us with the crushing In Shadows. Clean choirs in the background strengthen the instrumental’s violence as well as howlings which nearly never cease while offering a dissonant veil, then the band goes back into a hypnotic complexity with Two Towers and its ethereal groove. The sound is strengthened when jerky Deathcore patterns come, but we clearly feel the song becomes sometimes majestic, while A Higher Level Of Hate unveils a strange introduction with percussions. Pure violence does not late to surface again, accompanied by heady elements before a mammoth break, then Collateral Damage offers us a compromise between straightforward rage and haunting melodies. The band goes back to bestial howlings with energetic jerks for Savages, the next track, of which one and only goal is to make crowds explode on stage, then Conditional Healing offers us a moment of respite before smashing us again. Some soaring harmonics are joined to strength over the end of the song, but it’s with The Man That I Was Not and its as strange as hooking melting that the band closes its album. Whether the introduction is quiet and worrying, the rest of the song oscillates between unfurling waves of violence and weighing atmosphere, creating some kind of ravaging duality.

Far from being satisfied by an excellent Deathcore, Fit For An Autopsy continues to integrate new and nearly contradictory elements to this so powerful sound. With Oh What The Future Holds, we of course have raw violence, but also Prog patterns, weighing tones and above all this incredibly hooking musicianship.