Carathis and Sulfure team up for a split under the name of Black Metal. 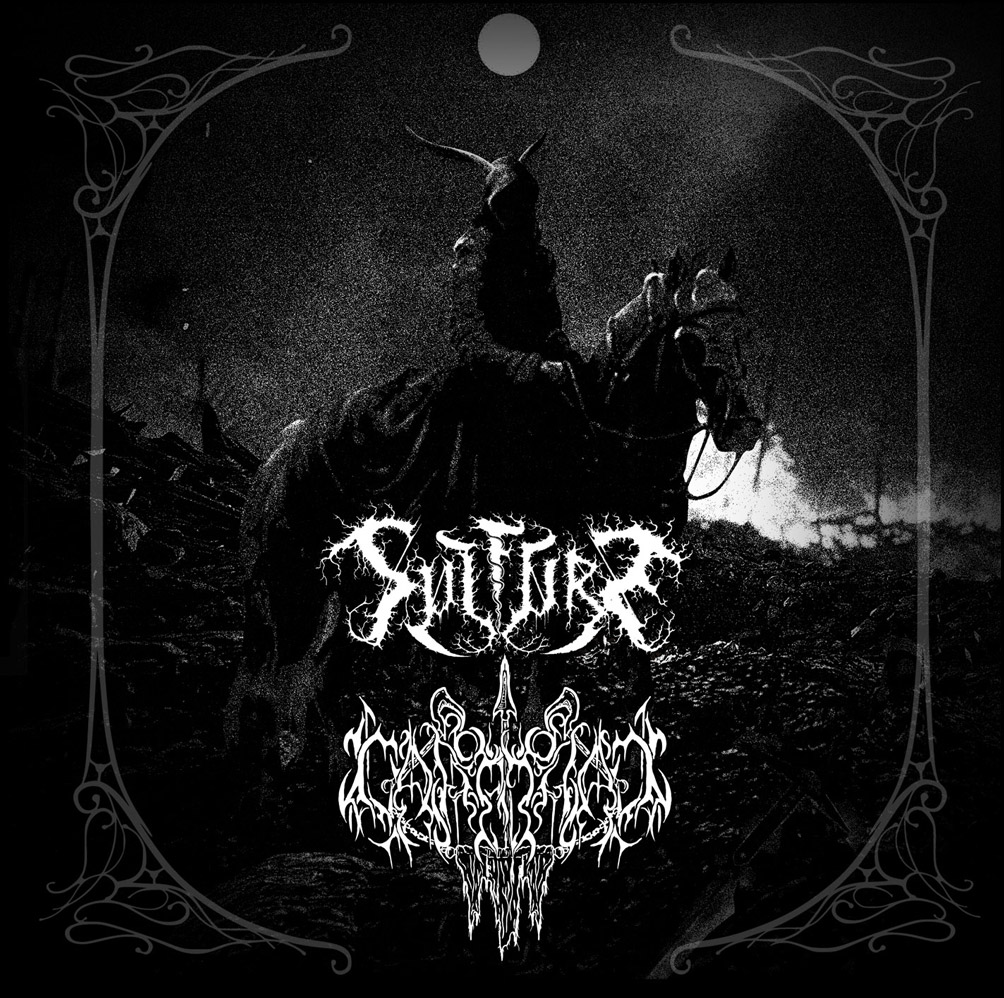 Carathis’ six tracks are firsts to strike, and we begin with Hymns to the Tower, a very raw composition with a shrilling Old School sound. Sharp melodies meet a violent and fast-paced rhythmic on which blast and vocals crash. Mix pays tribute to the style’s firsts productions, just like on the unholy Corrupt the Pristine, which slows the tempo down to let unhealthy leads haunt regular riffs. The band adds a dissonant touch, then Infiltrate the Council comes back to very raw hooking elements. Some Thrash influences can sometimes be heard, while Execute the Ambush stays into pure blackness to create a dark veil which will entirely cover us before striking with blast. Occult tones are never far, like on Eviscerate the Lands which begins with pure brutality before allowing heady harmonics to express themselves. Illuminate The Night Sky closes this part with a new fix of abrasive melodies, visceral rages and deep blackness, sublimated by this unhealthy and aggressive sound.

Sulfure takes control for four songs, introduced with Exorde du Vide, a short composition with airy sound. The dark and dissonant quietness lets place to a weighing and oppressive Stigmate, while welcoming impressive howlings. Thick riffs also offer heady and epic melodies while staying aggressive, then Obsolescence attacks with a raw and very straightforward violence. The rhythmic slows down to let dissonance surround us before strength crushes us again between its wild claws, then Géhenne Sempiternelle unveils a quite soft blackness which slowly progresses until we get out of this devastated universe.

Even if their style is quite different, Carathis and Sulfure have the same view of Black Metal. It has to be raw, dissonant, aggressive and straightforward, making this split a lingering sound of the old times, letting once again the Old School style express itself.