Division:Dark gets out of the shadow with a first album.

Created in 2021, the mysterious band composed of prophets Ezekiel, Abel, Judas, Aaron et Natanel plays a melting of Industrial and Gothic Electro which is unveiled with Prophecy, an album full of guests. 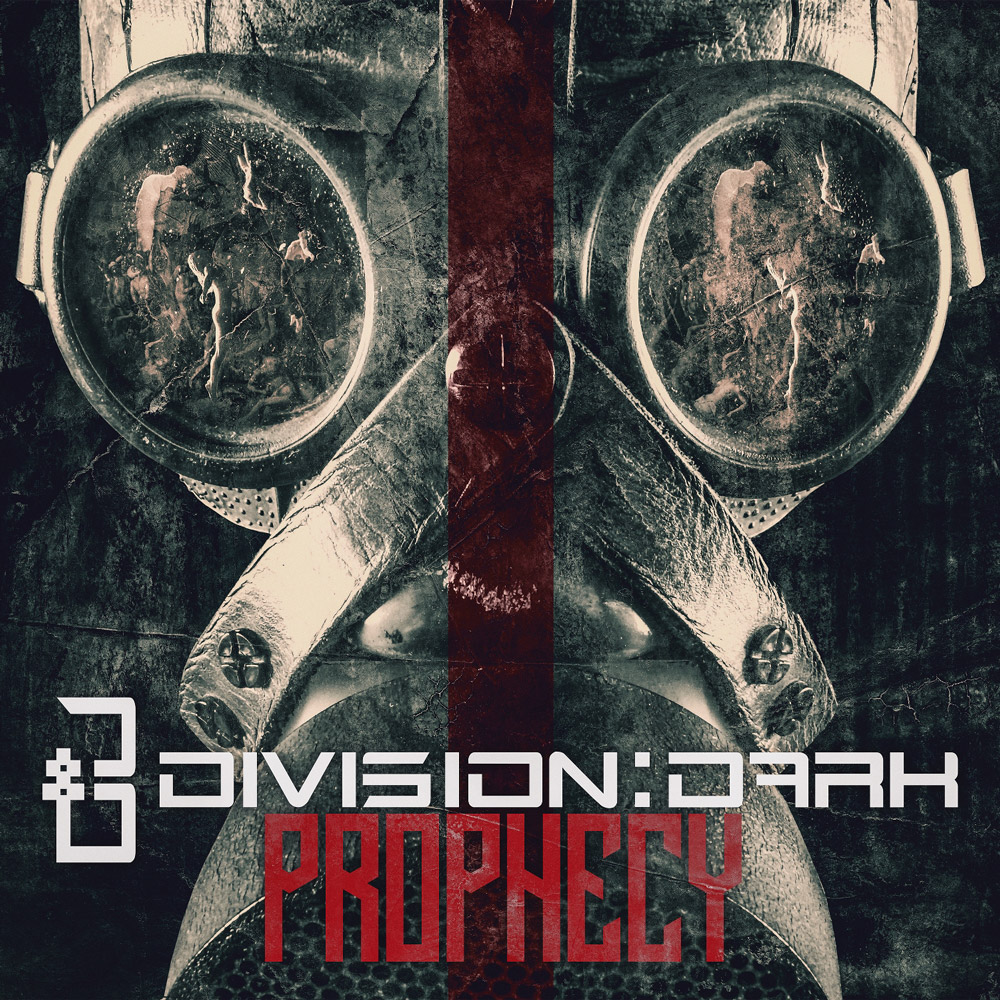 Isra Ramos takes the microphone for Eve, a quite simple but hooking and effective first track. Spanish clean vocals creates an interesting contrast with this as dark as cheerful rhythmic, then Anna Lux and Eric Fish (Subway to Sally) come for Stärker Als Gott, a darker composition in German. The duo wonderfully completes the heavy rhythmic, then Twisted Games comes next with the mesmerizing strength of Vicky Psarakis (The Agonist) who offers clean vocals and screams full of rage as well. The band integrates Metalcore influences to its Industrial unfurling wave, then Lex (Megaherz) strengthens its Neue Deutsche Härte federative tones on Bevor Wir Wieder Asche Sind. Hooking riffs drive us to (They’re All) Hypocrites, a song on which the band welcomes Chris Pohl (Blutengel, Terminal Choice) for a more airy and mesmerizing dimension. The collaboration is one of the most effective of the whole album, then they continue Division, a song guided by majestic Power Metal influences of Sebastian “Seeb” Levermann (Orden Ogan), who adds a different but very complementary dimension. Leads burst into fire before letting Dino Serci (Schwarzschild) and Otto Dix, a russian Darkwave band, control the melancholic Der Letzte Tanz, a very soft and progressive composition. Frank Herzig (Schattenmann) and Mikki Chixx (Stoneman) come to add a more warlike dimension to this Electro sound with heady and dark riffs, then Scarlet Dorn adds a mesmerizing touch to The Art In Artificial, a quite haunting track. Sweet tones are erased to let place to the singer Steffi Stuber on Destination, a composition which welcomes clean vocals and powerful howlings as well. Between groovy elements and catchy saturation, the song is quite effective, then Promise comes next and lets Saeko Kitamae and Seraina Telli (ex-Dead Venus, ex-Burning Witches) offer a touch of softness and above all intensity to this catchy and heavy track. Anna Murphy (Cellar Darling, ex-Eluveitie) joins the band for Bound Together, a quite simple and hooking track which allows the band to place Metalcore elements while leaving vocals an important place before Wrong, the last track. More soaring but still groovy, it allows Anneke van Giersbergen (Vuur, ex-The Gathering) unveils soaring and Gothic influences to close the album.

Division:Dark’s sound identity lets the band sail from a dark Industrial to softer Gothic roots with its numerous collaborations. But Prophecy is a very diversified album, which offers a total freedom to the band’s hooking basis, which will for sure mesmerize you from time to time.