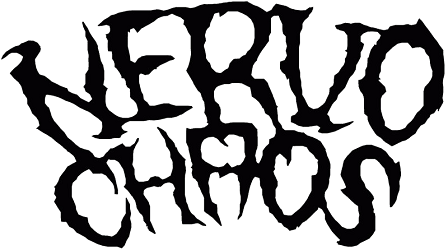 After celebrating their twenty-fifth years, Nervochaos offers us a tenth album. 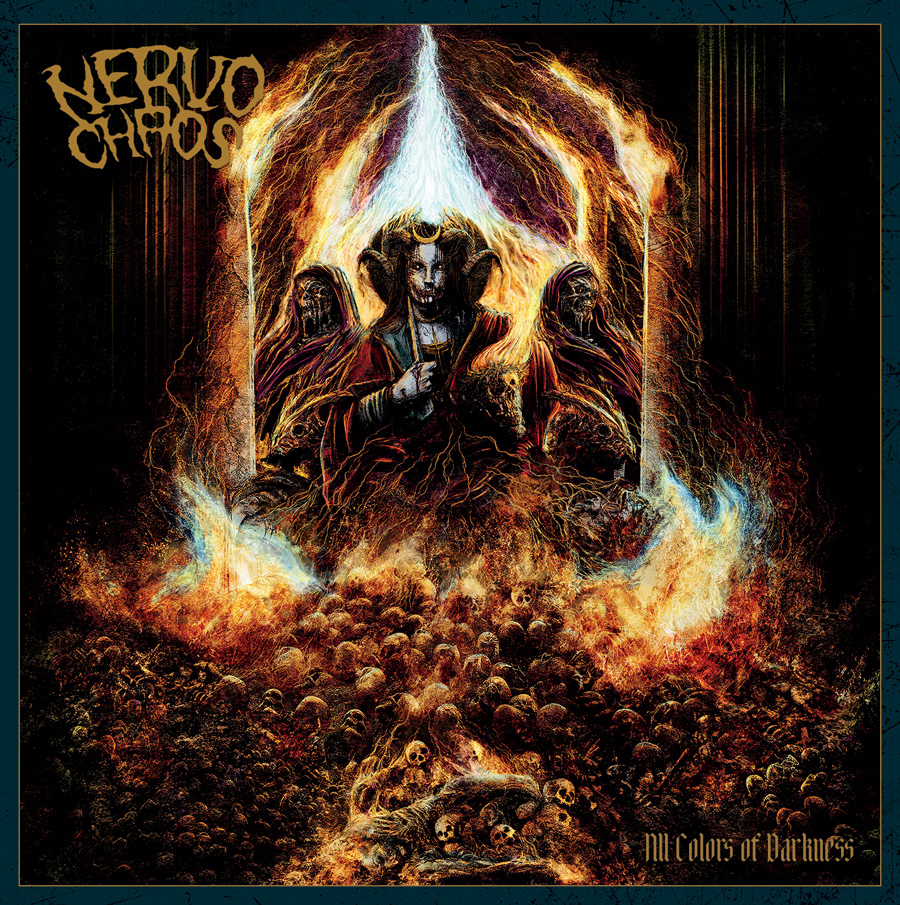 Wage War On The Gods strikes first with a hooking rhythmic full of heady harmonics. Vocals offer this touch of strength we can feel into Old School riffs before Golden Goblet Of Fornication and its Thrash influences. The band looks for pure effectiveness, and we easily understand it thanks to its jerky and aggressive patterns, allowing leads an important place, while Dragged To Hell lets soaring influences take place over rage. Clean vocals also offer a mystical dimension, while Beyond The Astral unveils a raw anger which is essentially expressed with the strength of fast-paced riffs. All Colors Of Darkness, the eponymous track, places us a thick rhythmic with Brutal Death influences which makes us want to enter a hectic crowd, then we feel Hardcore influences over Gate of Zax and its Old School influences. Blast and aggressive riffs permanently crush us like on Umbrae Mortis, an incisive and powerful track which places the band’s most threatening influences on the top of the mix. The only quiet parts allow the band to place more hooking elements before Suffer In Seclusion, a slow and heady track which will eventually place an as technical as aggressive rage. Camazotz conjugates the most raw and groovy tones with more modern elements and samples, but also a mix which borrows from Grindcore before the very short and abrasive Demonomania, which does the same thing. Brutality and effectiveness are chained to unveil us a crude rage before Three Shades Of Black, an outro which picks into Blues, Country and the band’s influences before melting all three together for an as surprising as effective final part.

You all know Nervochaos plays Death Metal. However, All Colors of Darkness easily handles Old School Death Metal influences as much as other hooking styles, creating an impressive contrast.