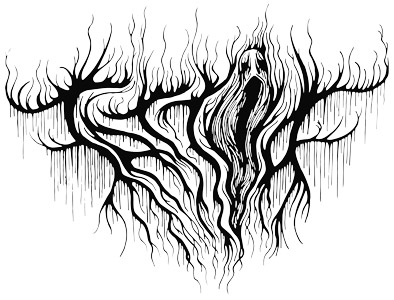 Coming from the south of France, Tattva comes back with its second album. 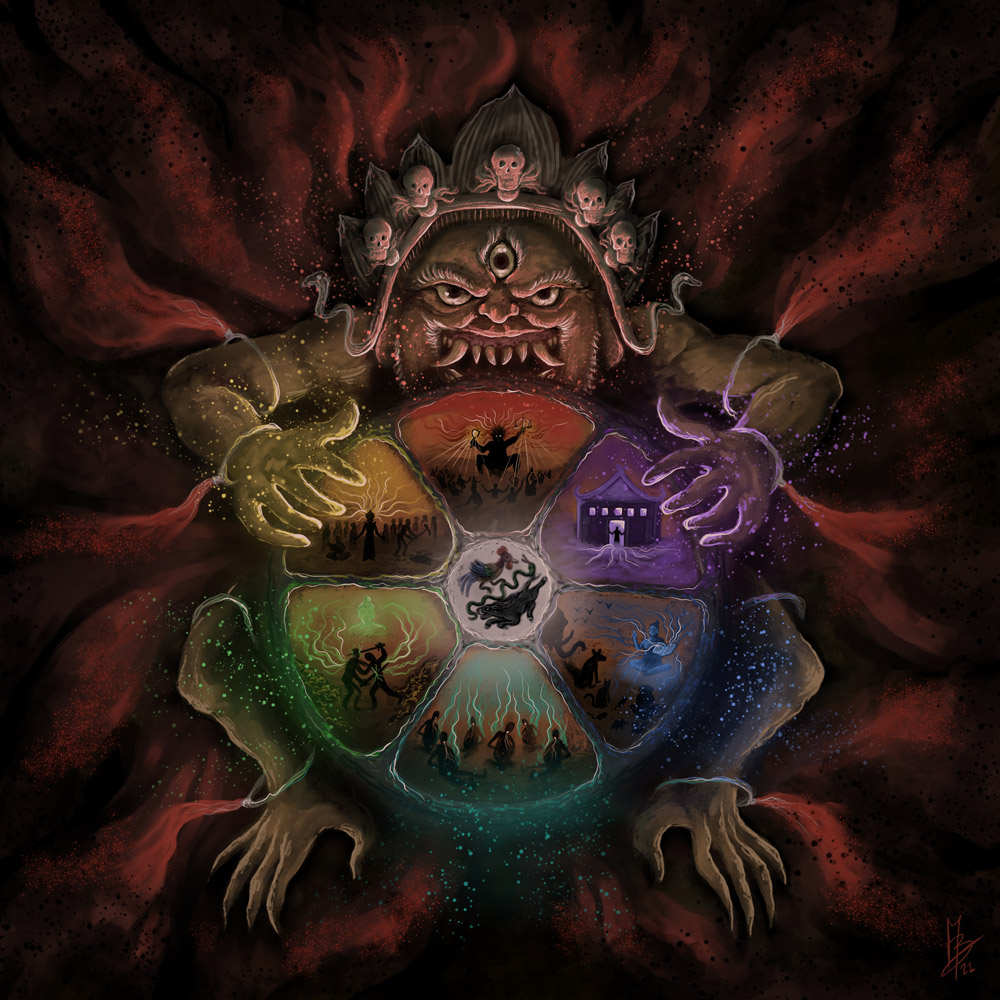 The album is opened by Winds of Pestilence, a short introduction on which oriental sonorities can be heard, while moving forward into darkness until Hell’s Path – Naraka, a massive but still very airy composition. Morbid howlings arrive into the dark tornado, allowing sharp harmonics to strengthen a solid and weighing rhythmic, just like on the mystical Judgment – ManuShya and its heady elements. The song stays hooking while unveiling impressive and sometimes majestic elements, picking into Old School Black Metal, then …And…Death… – Jati comes to offer weighing tones. Heavy riffs borrow from slightly more modern influences, creating a seizing contrast with dissonance which follows on this short song, while melancholic melodies of The wheel of life – Karma allow our mind to fly when rhythmic gets builded. Weighing harmonics leave the field to howlings to haunt the devastated landscape feeded with a dark groove, in opposition to Liberated – Prani and its occult energy. The song is definitely more motivating, letting fast-paced and hooking riffs spawn heady and lacerating melodies, which will continue to follow us on Ethered – PetaYoni and its impressive blending. The song melts massive parts and bloody harmonics while gloomy harmonics guide the sound, and they even make it slow down to become oppressive, accompanied by mystical choirs. Expiate – NamaRupa comes to close the album with a fix of mystery and soaring blackness which slowly moves forward, then it falls upon us with aggressive leads and drives us to this melancholic and impressive final.

The concept of Tattva is as much anchored into blackness as into this soaring mental progression. With Naraka, the band strengthens the journey which began with its previous releases, creating a seizing and destructive follow-up.