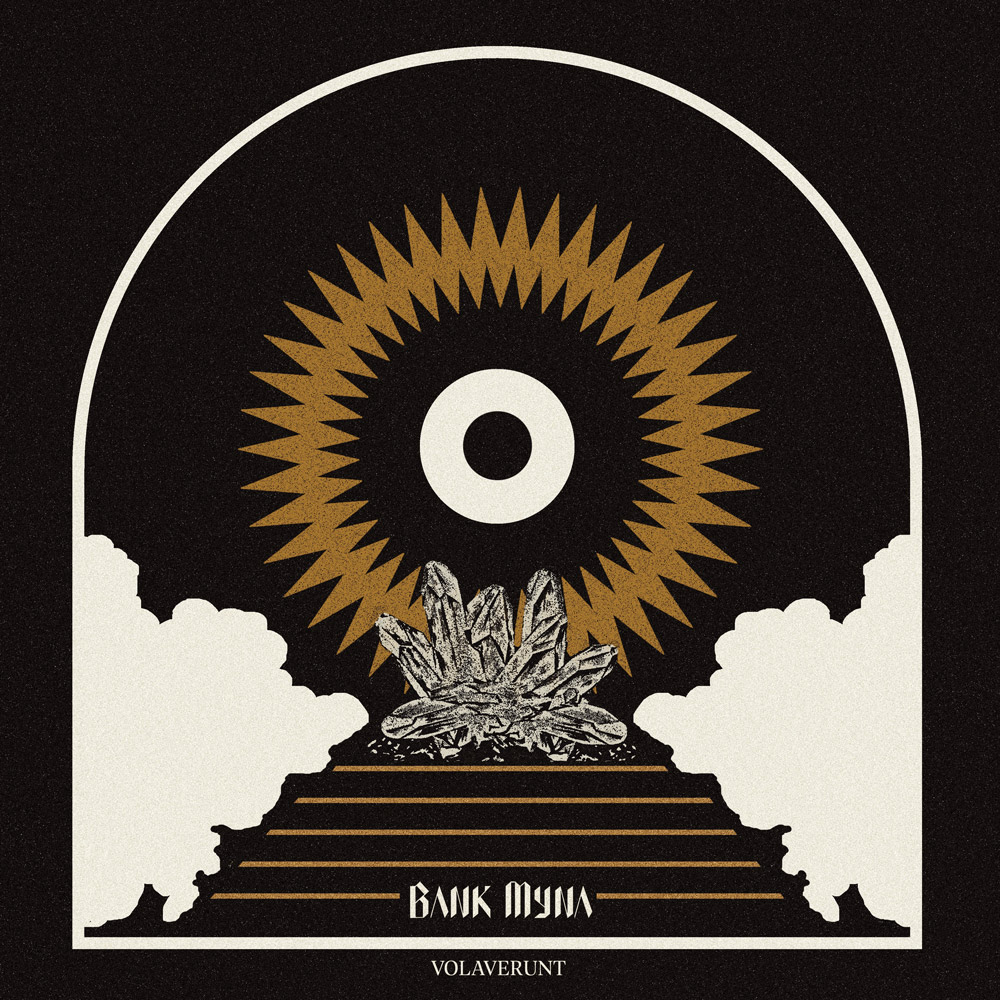 I didn’t know what to expect of those five tracks described as a soaring melting of dark Post-Rock, Drone, sound experimentations and Doom incursions. Bank Myna looks like nothing known, nothing real, and we somehow come to ask ourselves how the music is created. Very slow, very progressive and very haunting, the album is opened with Los ojos de un cielo sin luz, a composition on which the sound comes out from silence, gets strengthened, wears ambient noises and welcomes mystical voices before disappearing to let place to The Open Door, a way longer composition which develops vocals. Appeasing words alight on a weighing but still very quiet wave which lets instruments mushroom, meet, clash and walk together, also creating some distortion. Mystical sonorities appear on the climax of the song, which eventually hush to let Aurora (Vi ska sova) introduce us to its dark quietness. Once again, progression plays while integrating various elements before making them calm down, and drive us to The Sleep of Reason, an as majestic as disturbing track. By the middle of the song, more warlike elements appear, revealing intriguing sonorities, epic tones and heady parts which invade us before ceasing to let Des mains, des yeux close the album with this consistent softness.

As soft as complex, Bank Myna’s music is unique. Even though it is inspired by Post-Rock, Drone, Doom and many musical experimentations, Volaverunt is an album which makes us discover new elements each time we listen to it.